Sri Lanka and India are expected to sign an agreement to jointly operate an oil storage facility at the strategic eastern port town of Trincomalee. 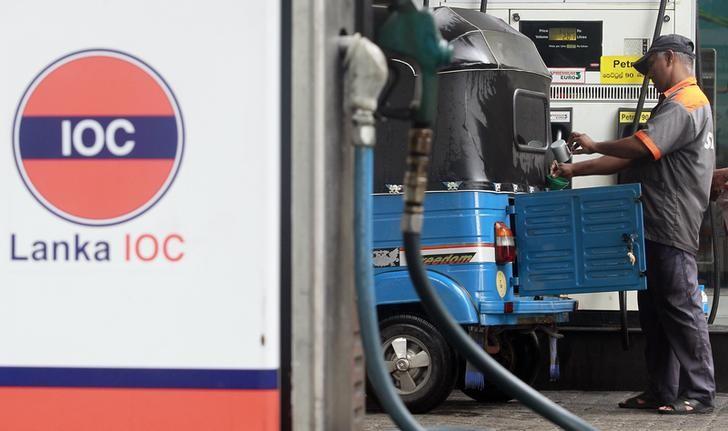 A worker fills the tank of a motorised vehicle, known locally as a "three-wheeler", at a Lanka India Oil fuel station in Colombo April 25, 2012. Credit: Reuters/Dinuka Liyanawatte/Files

Colombo: Workers of Sri Lanka’s state-run petroleum firm went on an indefinite strike from Monday against a proposed deal with India to jointly operate an oil storage facility at Trincomalee port, disrupting fuel distribution and resulting in long queues at filling stations.

Ceylon Petroleum Corporation (CPC) Trade Union Collective workers had on Sunday threatened to cripple the entire transportation sector in the country as a result of the strike.

“Disruption in fuel distribution has been reported due to the strike and long lines of motorists have been observed at filling stations,” managing director of CPC Nadun Fernando was quoted as saying by the Colombo Page.

“There will be no shortage of fuel during the strike as enough fuel has been distributed throughout the country,” he said.

“A discussion is to be held between the subject ministry and the trade union leaders and most likely the entire issue could be settled within the day,” Fernando said.

Lanka Indian Oil Company (LIOC) said its operations were continuing despite the strike launched by CPC.

The workers have three demands which include getting the government to stop granting outright ownership of some 14 Second World War oil storage tanks in the eastern port district of Trincomalee.

The Petroleum Joint Union Alliance had said it opposes the proposal to transfer operations rights to oil tanks to India since the agreement would benefit the Lanka IOC, Indian Oil’s subsidiary, allowing it to expand further and the CPC, which is already in debt, will incur further financial losses.

They had also asked the government to shelve plans to build a new oil refinery with Chinese assistance in the southern port of Hambantota and to immediately begin repairing the existing refinery near Colombo.

Bandula Saman Kumara, a spokesman for the trade unions, had said by mid-week the Colombo international airport would face the danger of becoming non-operational due to fuel sector strike.

At least 73 of the 99 storage tanks in Trincomalee are to be managed under a new equity arrangement between the two countries, Sri Lankan petroleum minister Chandima Weerakkody had said earlier.

The union had taken the decision to strike after President Maithripala Sirisena has reportedly turned down a request for a meeting to discuss the issue.

Sri Lankan Prime Minister Ranil Wickremesinghe, who will visit India on April 25, had said the development of eastern port district of Trincomalee will be discussed during his visit.