In a bid to bolster its case against Toledo, who has denied wrongdoing, the attorney general's office asked a court in April to issue a second arrest warrant for Toledo in connection with a separate money laundering probe 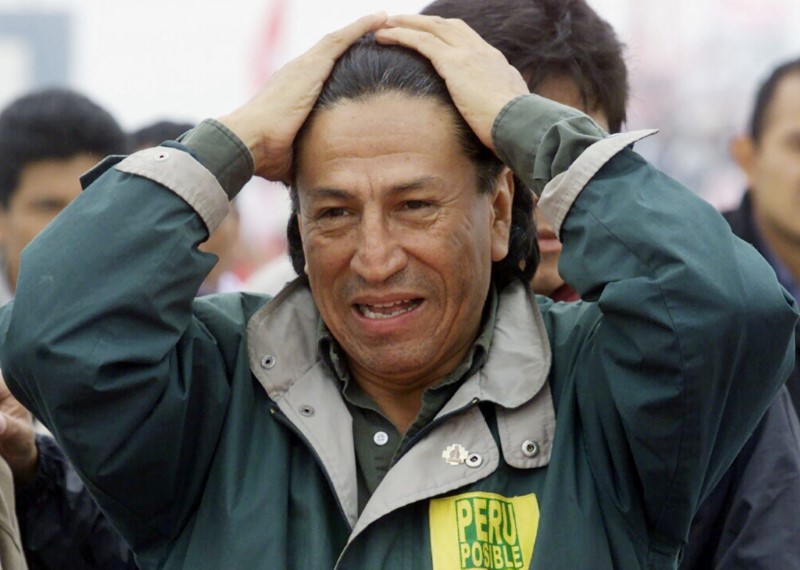 Lima: Peruvian prosecutors are waiting for a local judge to sign off on a second arrest warrant for the country’s former President Alejandro Toledo that they believe will help persuade the United States to detain and extradite him, a lead prosecutor on the case said Tuesday.

A Peruvian judge in February had ordered Toledo to be jailed for 18 months while prosecutors prepare corruption charges against him. But the United States declined to detain him immediately when Peruvian authorities said he was in California, prompting the South American nation to refile its request.

In a bid to bolster its case against Toledo, who has denied wrongdoing, the attorney general’s office asked a court in April to issue a second arrest warrant for Toledo in connection with a separate money laundering probe, said prosecutor Rafael Vela.

But Judge Abel Concha has not yet signed off on the new arrest warrant, said Vela, who heads the attorney general’s money laundering unit.

“We don’t know what the legal justification is for not doing so,” Vela told a news conference with other prosecutors and the attorney general. “I’m making this public because it’s something that has really surprised us.”

A spokeswoman in Concha’s office said the judge is waiting for clarity on whether the two criminal probes into Toledo will become a single, broader investigation.

The US Justice Department did not immediately respond to requests for comment and previously declined to say why it has declined to arrest Toledo.

Toledo has said he is a victim of political persecution and has accused Peru‘s justice system of denying him due process by seeking his arrest before he is tried.

Prosecutors have accused Toledo of asking for $20 million in bribes from Brazilian builder Odebrecht, citing the testimony of a company executive who turned state witness and bank records that allegedly show millions of dollars were transferred to an associate of Toledo‘s.

Toledo, who governed Peru from 2001-2006, rose to power denouncing graft in the government of his predecessor, now-imprisoned ex-President Alberto Fujimori.

Odebrecht, which late last year acknowledged distributing millions of dollars in bribes across Latin America, has spurred investigations into public officials from Argentina to Panama.