The unexpectedly strong showing could lead to defections away from the centre-left party led by President Maithripala Sirisena. 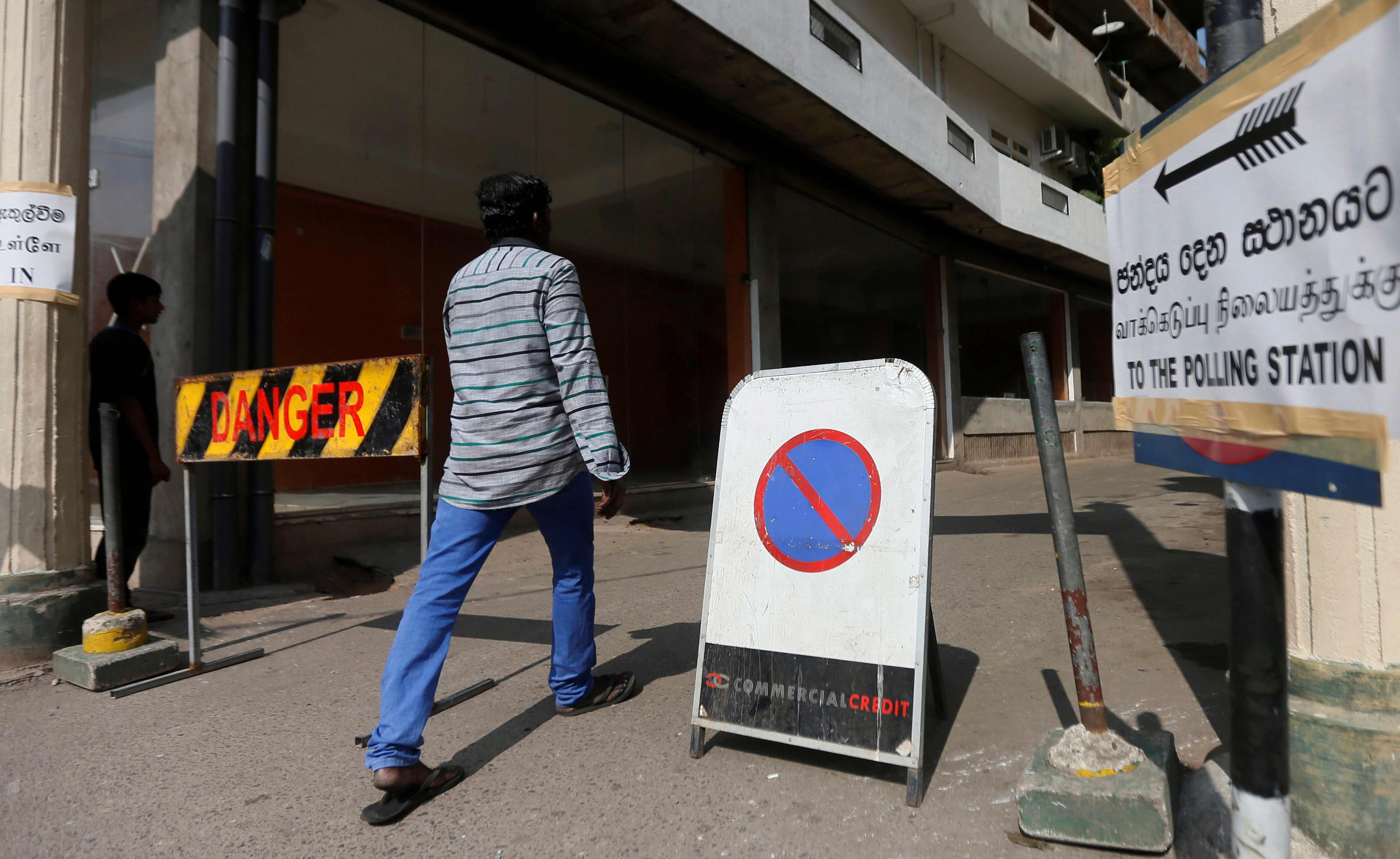 A man walks into a polling station to cast his vote in the long-delayed local government elections in Colombo, Sri Lanka February 10, 2018. REUTERS/Dinuka Liyanawatte

The unexpectedly strong showing could lead to defections away from the centre-left party led by President Maithripala Sirisena, a partner in the country’s coalition government, analysts said, creating instability in the legislature.

Rajapaksa’s Sri Lanka Podujana Peramuna (SLPP), a party formed by breakaway members of Sirisena’ party, has secured 97 local bodies out of results for 139 councils so far released as at 0650 GMT. The UNP took control of 18 councils and SLFP took six.

Results for another 201 local bodies are yet to be released. The long-delayed election comes after the councils were dissolved over two years ago after their tenure ended.

Dinesh Gunawardena, an opposition legislator and member of SLPP, told reporters in Colombo that the Sirisena “government has lost the people’s mandate and should resign now”.

Rajapaksa, a legislator in the opposition benches, commands the backing of 54 legislators who have defected from Sirisena’s party. The president’s party has 41 legislators and the prime minister’s party commands 106 MPs in the 225-member parliament.

“The parliament is likely to see defections and Rajapaksa will call the shots,” Kusal Perera, a local political columnist told Reuters.

Rajapaksa campaigned against the government’s failure to curb the cost of living and to take action against corruption, as well as higher taxes, the privatisation of state assets, and less welfare for the poor and retired soldiers.

The government has promised a new constitution that devolves power, the facilitation of an international probe into alleged war crimes during the final phase of a 26-year civil war, IMF-backed fiscal discipline and post-war reconciliation.

However, it has yet to deliver on these reforms or on promised anti-corruption measures.

The unexpected defeat comes after a bitter fight between the parties led by the president and prime minister, which blamed each other for the failures in the run-up to the local polls.

The president and his supporters have opposed or neutralised many of the UNP reforms. Under the constitution, Sirisena cannot dissolve the parliament until early 2020, while the parliament needs a two-third majority to impeach the president.

Sirisena has said he wants to take charge of the economy, which is currently handled by the UNP, and has blamed the prime minister’s party for failing to tackle corruption.

Danushka Samarasinghe, research head at Softlogic Stockbrokers said the results could bring more uncertainty to the market and ongoing economic reforms could be overshadowed by parliamentary politics.