Pakistan's Ahmadiyyas Could Become the Next Rohingyas

Any suggestion of providing basic rights to the Ahmadiyyas is enough to trigger massive protests and even riots among Muslim extremists. 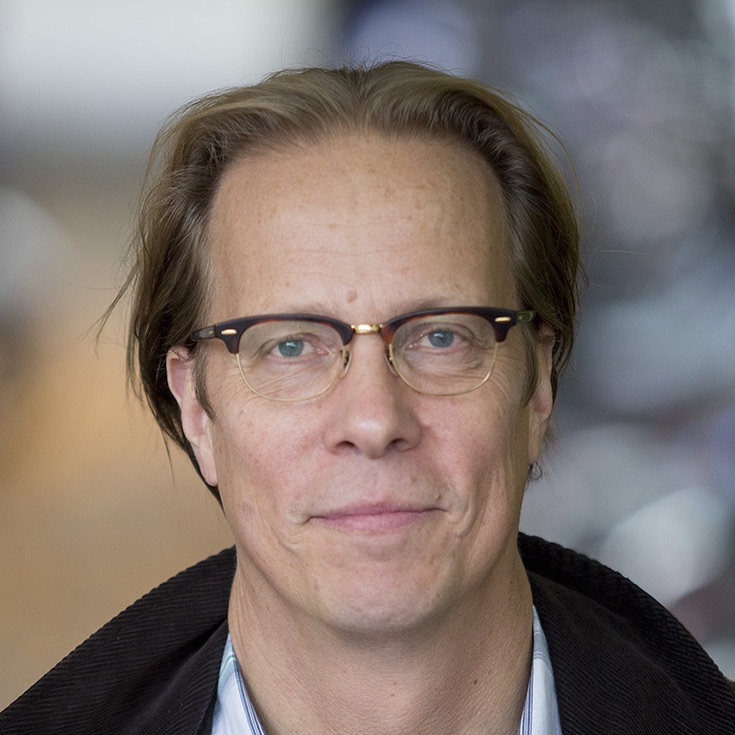 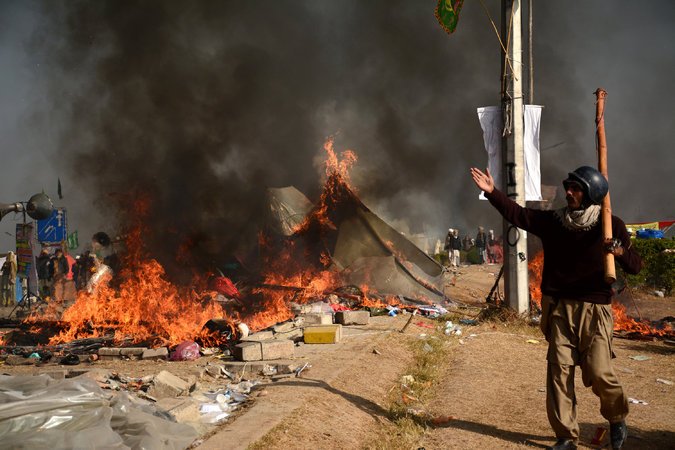 A protester near burning tents in Pakistan. Credit: Reuters

The recent turmoil in Pakistan has mostly been described as “blasphemy protests”. An ‘amendment’ to the election law allegedly weakened the import of the declaration candidates for election are required to make about the “finality” of Prophet Mohammed. National Assembly Speaker Ayaz Sadiq accepted that a “clerical error” had been made and the statute was re-amended. This description hides more than it reveals. The current protests are driven by Sunni Barelvi groups, with the support of other sects, all of whom are united in targeting one weak minority group which they almost obsessively claim is appropriating Islam.

The amendment concerns the so called Khatm-i-Nabuwwat oath in the Elections Act, 2017 which protects the idea that Prophet Mohammed was the final prophet. If the law as originally amended by a unanimous vote in the National Assembly would have remained in place, it would have opened up for more rights for the country’s Ahmadiyya Muslims. The Ahmadiyyas belongs to one of the most persecuted minority groups in Pakistan. They differ from other Muslims in their interpretation of Mohammed as being the final prophet. In most other respects, they adhere to the same beliefs as most Sunni Muslims. However, in Pakistan, the faith of the Ahmadis is seen as a direct attack against Islam by Muslim conservative and extremist leaders. They see it as an attempt to dilute, distort and “take over” one of the most central ideas in Islam. The Ahmadiyya are essentially described as trying to appropriate Islam and reform it into something which is untrue to, or out of alignment with, an original set of core ideas.

Also read: Islam Marches On, In and On Islamabad

Because of this, the Ahmadis have been deprived of basic rights in the Pakistani constitution since 1974. From that date on, they are officially denoted as heretics and are persecuted, attacked and killed. If they publicly call their place of worship a “mosque”, they will most likely be beaten to death. If they escape, it is likely that they will be sent to trial on charges of blasphemy and then sentenced to death by the judicial system.

The persecution and killings of Ahmadis extend far beyond the border of Pakistan. On November 18, extremist Muslims arranged a ‘Final Prophet Conference’ (for men only) in Virginia, US, where they openly asked followers to pursue a ‘holy war’ against the Ahmadis. 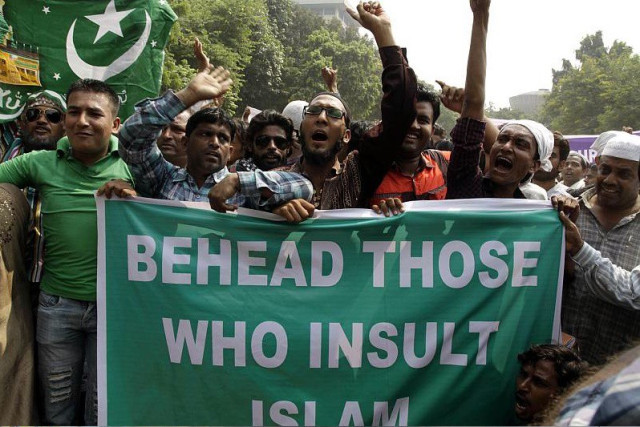 The persecution and killings of Ahmadis extend far beyond the border of Pakistan. Credit: Reuters

Violence against the Ahmadis has increased in the recent past. Incidentally, the Ahmadis are known for not supporting violent Jihadist movements. They uphold high standards of education in their community. For example, Mohammad Abdus Salam, who received the Nobel Prize in physics in 1974, belonged to this religious group. The words ‘The First Muslim Nobel Laureate’ was originally inscribed on his tombstone, but the word ‘Muslim’ was erased later – all sanctioned by the Pakistani state.

The situation of the Ahmadiyya in Pakistan can be compared to that of the Romani or the Jews in Europe. Any suggestion of providing basic rights to the Ahmadiyya is enough to trigger massive protests and even riots among Muslim extremists, who then are allowed to dictate terms to the sitting government and even the military leaders. In recent years, several leading politicians and human rights activists who have attempted to soften the Sharia laws in Pakistan have been assassinated by extremists in Pakistan.

Givern the stakes, most likely it was not a “clerical error” that resulted in language the extremists found offensive. No one in Pakistan would “accidentally” tamper with the Khatm-i-Nabuwwat oath. Probably the law minister simply did not foresee how massive the protests would be.

The recent uprising in Pakistan – and the capitulation of the Pakistani state –  indicates that the country is moving further away from democratic and secular ideals where there are no mainstream parties to vote for. Pakistani citizens want less of the current mix of landowner, military and clerical rule. If the current course of development is not broken, the Ahmadiyyas could become the next Rohingyas of South Asia.

Sten Widmalm is professor in political science at Uppsala University, Sweden, and the author of Political Tolerance in the Global South – Images of India, Pakistan and Uganda (Routledge, 2017) and Kashmir in Comparative Perspective (Oxford University Press, 2006).