The Pakistani journalist-activist – who had gone missing in August 2015 – has paid a heavy price for wanting to uphold humanitarianism and the principles of social justice. 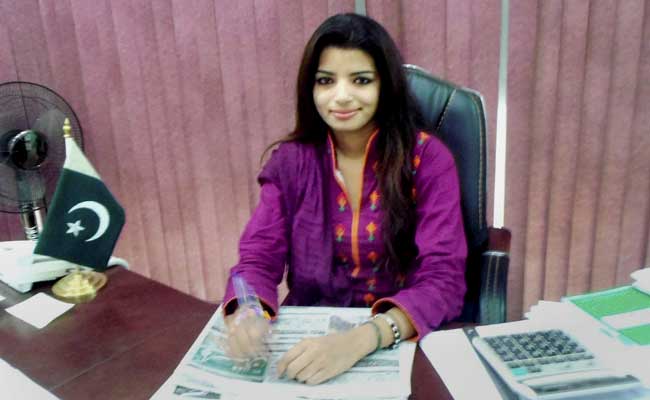 Five days before she was due to testify before Pakistan’s Commission of Enquiry on Enforced Disappearances in August 2015, 24-year-old journalist-activist Zeenat Shahzadi herself became a disappeared person. She remained missing until her parents received word on Friday – October 19, 2017 – that she had been recovered.

Shahzadi’s mother has spoken to her and reported that she was alright. The family would like to be left alone and not pressed for more details.

“It does give a bit of satisfaction when one’s efforts pay off once in a while”, said veteran journalist I.A. Rehman, HRCP director speaking to me on the phone from Lahore.

Justice Javed Iqbal, who heads the commission and has recently taken over as head of the National Accountability Bureau also confirmed the news. The commission has examined a total of 4,319 cases of missing persons, out of which 60 were reported in the past year.

Shahzadi’s reappearance after over two years is likely to follow the pattern of other disappeared persons who have been found.

In her case, according to FIR no. 1080, filed on August 21, 2015 at Nishtar Town police station, Lahore, unidentified men in a white car, registration no. HK 286, forced her into the vehicle and drove off. She had been waiting by a bus stop not far from where she lived with her parents and two younger brothers. The car was traced to an individual in Islamabad. Police expressed their helplessness to take any action.

“No missing person who has been recovered says anything about the government agencies,” said Justice Iqbal, briefing the Senate Committee on Human Rights on October 11. “They all say the same thing: that they left their house and were picked up and blindfolded by unknown people who took them to remote locations and set them free after a year.”

The story of Shahzadi is inextricably linked to the story of a young man she never met, Indian citizen Hamid Ansari who crossed the border illegally into Pakistan.

Hamid flew to Kabul from Mumbai on November 5, 2012, telling his family he was going for a job interview. A Rotarian from Mumbai and an MBA degree holder, Hamid was 27 at the time. His father Nehal Ansari was a bank employee and mother Fauzia Ansari a teacher.

He last spoke to his family in Mumbai five days later. After that, his parents couldn’t get through to him. Going through his laptop, they found emails and Facebook correspondence that revealed Hamid’s friendship with a girl in Pakistan whom he was trying to save from a forced marriage. The correspondence also revealed his Pakistani Facebook friends’ names and the hotel he stayed at in Kohat.

On November 15, 2012, the Ansaris lodged a complaint at a police station in Mumbai. They also approached the Supreme Court to get the Indian government to pursue the case with Pakistan but in February 2014, the court disposed of the petition, saying there was little the Indian government – and even less the court – could do. In April 2014, the Ansaris filed a habeas corpus writ in Pakistan through a Rotarian there.

Fauzia refused to give up. She continued contacting activists and journalists in Pakistan for help. All efforts to find the whereabouts of her son were consistently stonewalled due to the difficulties of communication and the suspicion that exists between India and Pakistan, at least at the official level.

Hearing about the case, Shahzadi rang up Fauzia, reaching her as the mother was tearfully praying for her son’s safety. Seeing this as the answer to her prayers, the mother gave Shahzadi power of attorney. The young woman travelled to the area from where Hamid had gone missing. She spoke to his Facebook friends and met the father of the girl to whose help Hamid had gone. The father said his daughter was married off and refused to share her contact details.

Meanwhile, Fauzia’s application finally reached the human rights cell of the Supreme Court of Pakistan, which in March 2014 forwarded it to the Commission of Inquiry on Enforced Disappearances. Thanks largely to Shahzadi’s efforts, the commission included Hamid – an Indian citizen – in its list of missing persons’ cases.

On April 10, 2014 the commission directed the Khyber Pakhtunkhwa home department to register a police report about Hamid’s disappearance under Section 365 of Pakistan Penal Code and to constitute a joint investigation team (JIT) to trace him.

A government official at a JIT meeting stated that the case did not lie in the category of enforced disappearance since Hamid had entered Pakistan without a visa. In routine then, he should have been charged and tried for illegal entry, not ‘disappeared’ off. But the routine for India and Pakistan when it comes to each other’s nationals is different.

We still have missing prisoners of war from 1971 and 1965. Every now and then one surfaces – like Mohammad Arif, the Indian soldier captured during the Kargil war of 1999. The Indian government had declared him missing in action, presumed dead. Five years later he wound up back in India thanks to a prisoner exchange – and found out that his wife was married to another man and pregnant with her second husband’s child. Another Indian ‘lost’ in Pakistani prisons for 35 years was Kashmir Singh, freed after the then human rights minister Ansar Burney encountered him by chance during a prison visit.

Ongoing efforts by Shahzadi and the Human Rights Commission of Pakistan led to the police in Pakistan confirming in January 2015 that the ISI and Military Intelligence had custody of Hamid. The question now was when would he be produced in court as directed by the honourable judges of the commission.

On August 12, 2015, Shahzadi met and spoke to the Indian high commissioner at a public event in Lahore. As she left the event, plainclothes officers detained and interrogated her for several hours. They let her go with a warning to stop pursuing Hamid’s case. Shahzadi was shaken when she reached home but remained determined to pursue the case. She told her family not to worry if anything happened to her. She was abducted a week later.

On February 16, 2016, a Pakistan military court sentenced Hamid to three years’ imprisonment for espionage by a court martial and shifted him to Peshawar Central Prison.

Shahzadi remained missing. On the International Day of the Disappeared, August 30, 2016, Amnesty International issued a statement noting that she “is the first female journalist suspected to have been subject to an enforced disappearance in Pakistan. Her case highlights how this cruel practice is being used against a broader range of people, even as hundreds, possibly thousands of cases of disappearances remain unresolved”.

She is now back, but at huge cost. In March 2016, her youngest brother, 18-year-old Saddam Hussain, who had been pining for her, hung himself from a tree. He cannot be brought back and it remains to be seen how Shahzadi herself has fared. She and her family have paid a heavy price for wanting to uphold humanitarianism and the principles of social justice.

Beena Sarwar teaches journalism at Emerson College, Boston, where Walter Robinson addressed students on October 3, 2017. She blogs at www.beenasarwar.com and tweets at @beenasarwar.