NRC-Excluded Won't Be 'Stateless,' Will Have All Rights Till They Exhaust Legal Remedies: MEA

The ministry spokesperson also said that the NRC process was “non-discriminatory” and “leaves no room for bias and injustice”. 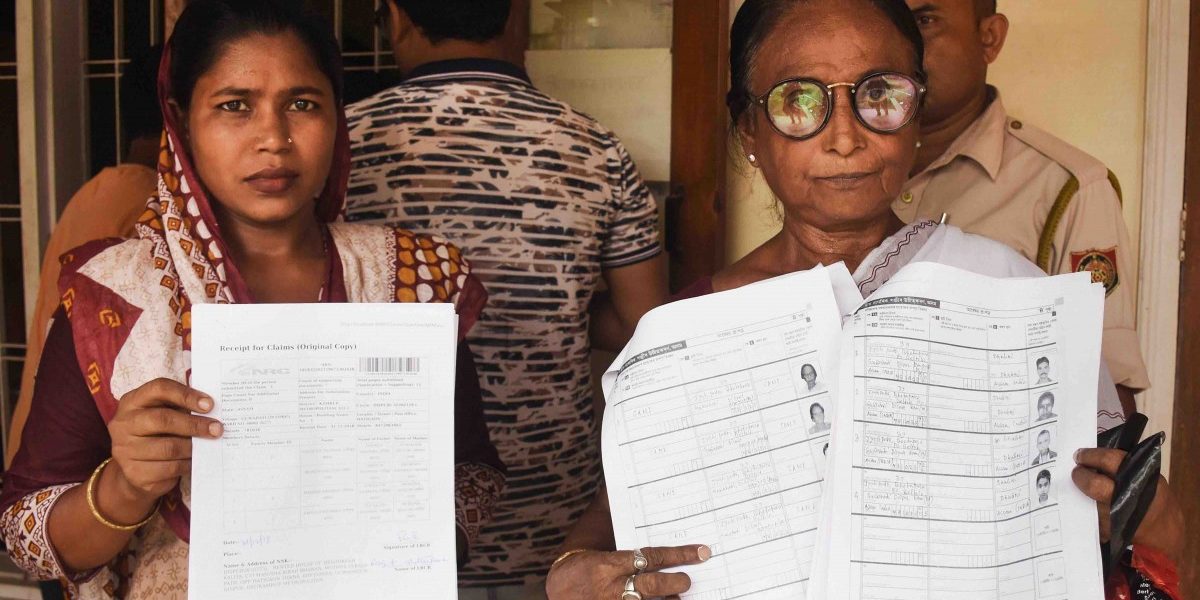 New Delhi: The Ministry of External Affairs on Sunday claimed that no person excluded from the National Register of Citizens (NRC) will become “stateless” or a “foreigner” and neither will they be detained till “they have exhausted all the remedies available under the law”. It also claimed that the NRC process “leaves no room for bias and injustice”.

This was the first time that the Indian foreign ministry had issued a detailed statement on the NRC. Earlier in August, external affairs minister S. Jaishankar had said in Dhaka that the NRC process was an “internal issue” of India.

In his own words, MEA spokesperson said that the statement was a result of the “commentaries in sections of the foreign media about aspects of the final NRC, which are incorrect”.

A day later, Kumar said that “exclusion from NRC has no implication on the rights of an individual resident in Assam”.

“For those who are not in the final list will not be detained and will continue to enjoy all the rights as before till they have exhausted all the remedies available under the law,” he stated.

Also read | Why Is No One In Assam Happy With the Final NRC?

The MEA spokesperson asserted that the excluded person will not be “stateless” or a “Foreigner, within the legal meaning of the term”. “They will not be deprived of any rights or entitlements which they have not enjoyed before,” he added.

Describing India as the world’s largest democracy, Kumar said that “equal rights for all” and “respect for the rule of law” was enshrined in the constitution. He also stated that India has “an independent judiciary and fully autonomous state institutions, working for the defence of human rights”.

“Any decision that is taken during the process of implementation of the NRC will be within the four corners of the Indian law and consistent with India’s democratic traditions,” said Kumar.

He also asserted that the NRC is “not an executive-driven process”. “The process is being monitored by the Supreme Court directly and the government is acting in accordance with the directives issued by the court. The apex court of the land has itself set the deadlines for all steps that have been taken so far,” said Kumar.

He also provided some “background” – citing the 1985 Assam Accord as the progenitor for the current NRC process.

Describing the method used to list citizens as “fair” and based on “scientific methods”, Kumar defended the NRC process as “non-discriminatory” that “leaves no room for bias and injustice”.

He also listed the process of appeal, which begins at the tribunal and could end at the Supreme Court. “The state of Assam has assured the provision of free legal assistance to any person excluded from the list and who is unable to afford such legal assistance. This is to enable people, especially the disadvantaged sections, to have access to the best possible legal assistance”.

He also mentioned that state departments have been increasing the number of tribunals steadily to expedite the appeal process.

In July, independent experts at the United Nations Human Rights Council had raised an alarm over the ongoing update to the NRC and plans to replicate it in other parts of India.

“We are seriously concerned over the current implementation of the NRC update in Assam and its potentially far-reaching consequences for millions of people, in particular, persons belonging to minorities who face the risk of statelessness, deportation or prolonged detention,” the experts said in a statement released in Geneva.

These UN experts had also expressed concern at least twice in 2018, but there had been no official response from the Indian government.

Refusing to make any comment on the matter, Bangladesh home minister Asaduzzaman Khan Kamal said that Bangladesh will only react “if they [India] want to know anything about Assam’s National Register of Citizens”.

He also claimed that no Bangladeshis intruded into India after the 1971 Bangladesh War. “People intruded into Bangladesh from India, at the same time many people also entered India from Bangladesh. And thus, we have nothing to be worried about it,” said Khan.