A UN committee also found that the UK breaches the rights of women in Northern Ireland by unduly restricting their access to abortion. 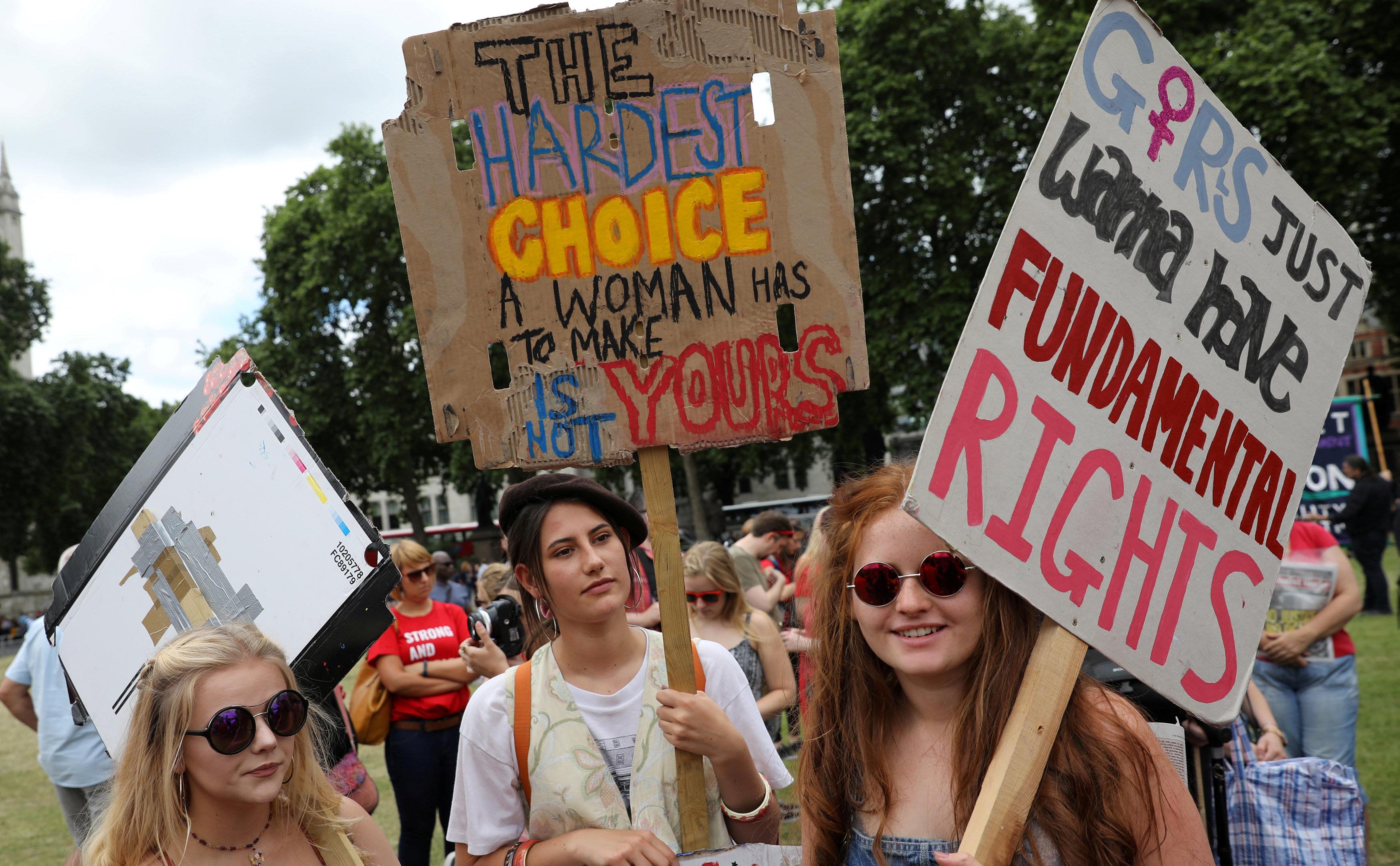 FILE PHOTO: Women gather in Parliament Square for a protest in support of legal abortion in Northern Ireland, and against a Tory coalition with the DUP, in central London, Britain, June 24, 2017. REUTERS/Marko Djurica/File Photo

Geneva: The UK violates women’s rights in Northern Ireland by unduly restricting their access to abortion, a report by the UN Committee on the Elimination of Discrimination against Women (CEDAW) said on Friday.

“Denial of abortion and criminalisation of abortion amounts to discrimination against women because it is a denial of a service that only women need. And it puts women in horrific situations,” the committee’s vice-chairwoman, Ruth Halperin-Kaddari, said in a statement.

“The situation in Northern Ireland constitutes violence against women that may amount to torture or cruel, inhuman or degrading treatment,” she said.

In a response to the report, the UK government said it did not accept women in Northern Ireland had been subject to grave and systematic violations of their rights.

The report recommended changing the law to stop criminal charges being brought against women and girls undergoing abortion or against anyone assisting in the abortion, with a moratorium on the application of existing laws in the interim.

It said abortion should be legal at least in cases of rape or incest or where a woman’s physical or mental health was threatened, or in cases of severe foetal impairment.

Among its other recommendations were ensuring contraception was available, combating gender-based stereotypes regarding women’s primary role as mothers, and protecting women from harassment by anti-abortion campaigners.

The British government said that for years women from Northern Ireland had travelled to England, Scotland and Wales to access abortions, which was legal, although they had to pay for abortions, which are available for free on the National Health Service for residents of those parts of the UK.

Since June 2017, women from Northern Ireland have no longer had to pay for abortions in England, and Scotland and Wales had similar plans to ensure they were not charged, it said.

Northern Ireland does not currently have its own government, since Irish nationalists Sinn Fein withdrew from the power-sharing government with their rivals, the Democratic Unionist Party, more than a year ago.

“The Committee’s findings and recommendations which focus on changes to the criminal law on abortion cannot be addressed in the absence of a legislature with authority to legislate on such matters in Northern Ireland,” Britain’s response said.

But the report will be brought to the attention of a minister as soon as one was appointed, it added.

CEDAW is composed of 23 independent human rights experts and oversees the implementation of the Convention on the Elimination of Discrimination against Women by countries that have ratified it, but it does not have powers of enforcement.