North Korea Warms to South Korea After Visit, Pressure to Be Kept in Place for Now 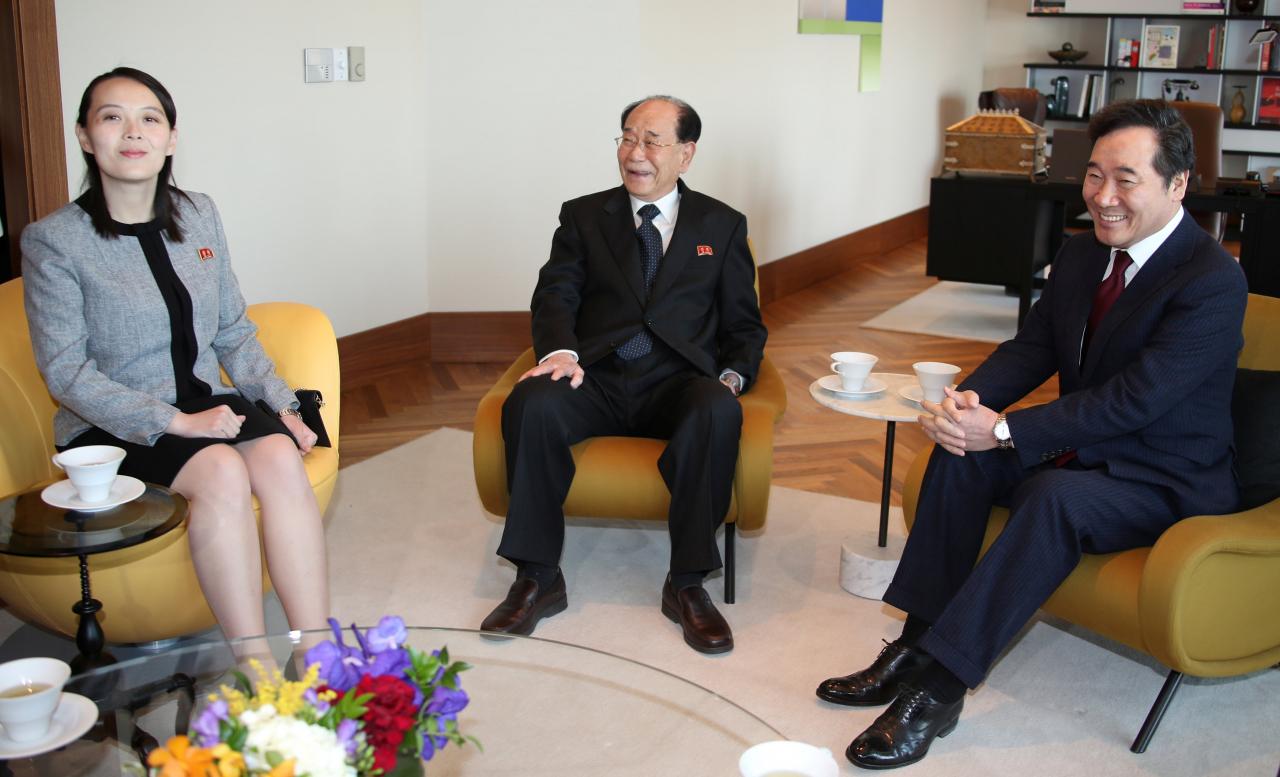 President of the Presidium of the Supreme People's Assembly of North Korea Kim Young Nam and Kim Yo Jong, the sister of North Korea's leader Kim Jong Un, are greeted by South Korea's Prime Minister Lee Nak-yeon as they smile before a banquet in Seoul, South Korea February 11, 2018. Yonhap via REUTERS 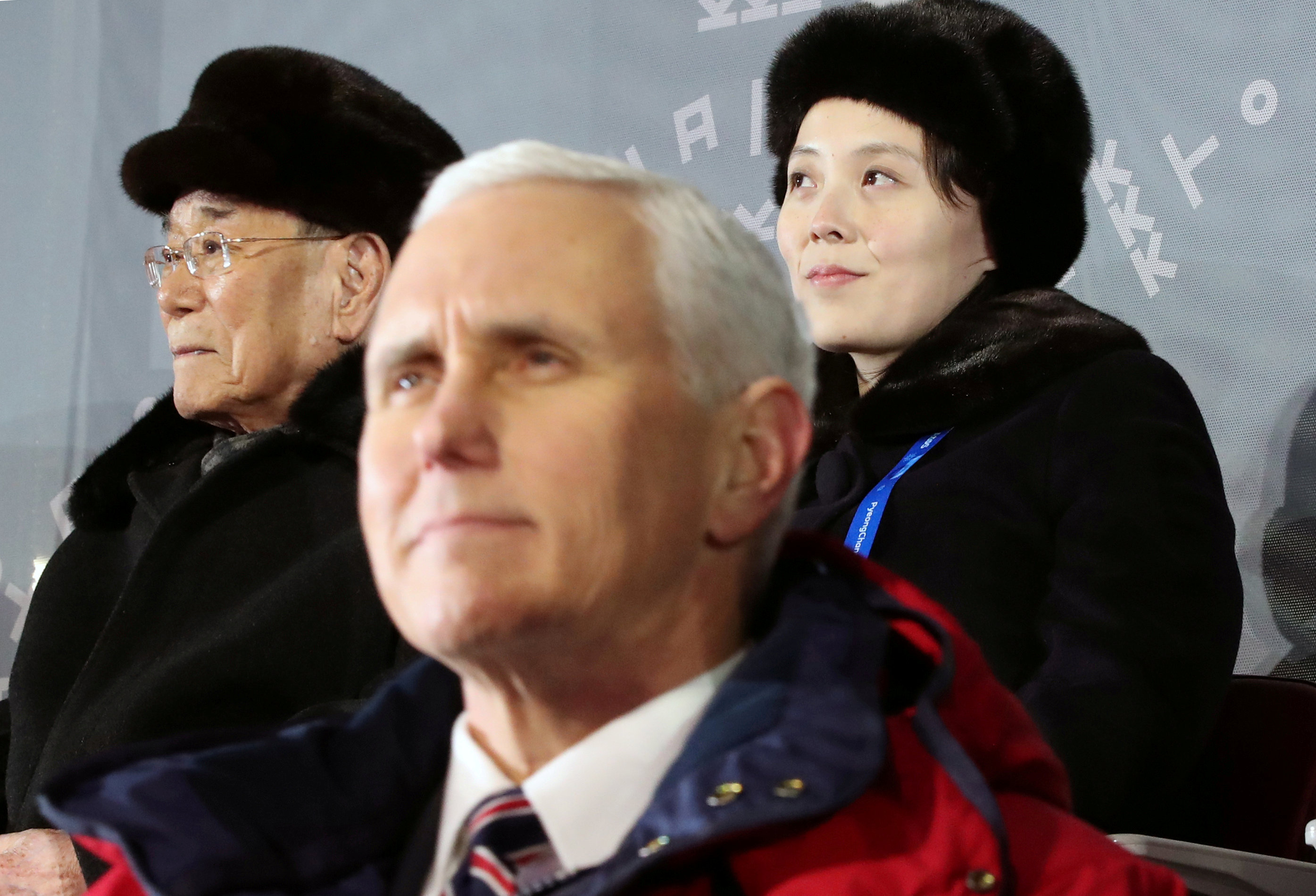 Seoul: North Korea’s leader said he wants to boost the “warm climate of reconciliation and dialogue” with South Korea after his high-level delegation returned from a visit to the South, as his foes reiterated the need to keep up maximum pressure and sanctions.

It did not specify what those instructions were.

The United States has appeared to endorse deeper post-Olympics engagement between the two Koreas that could lead to talks between Pyongyang and Washington. US officials have also said international sanctions should be ramped up to push North Korea to give up its nuclear programme.

That sentiment was repeated by Japan’s Prime Minister Shinzo Abe on February 13, who said South Korean President Moon Jae-in had agreed it was necessary to keep up maximum pressure on North Korea.

Last year, North Korea conducted dozens of missile launches and its sixth and largest nuclear test in defiance of UN resolutions as it pursues its goal of developing a nuclear-armed missile capable of reaching the United States.

Japanese officials took pains to stress there was no daylight between Japan, the United States and South Korea on their approach to dealing with North Korea.

“If it is North Korea’s intention to use the Olympics politically and to weaken international pressure, we must not be enticed by it,” Japanese defence minister Itsunori Onodera told reporters.

A senior military official stationed at the border between North and South Korea told Reuters North Korea has lowered the volume of its border propaganda broadcasts since the Olympics’ opening ceremony on February 9.

“I still hear it, but it is much less than before,” said the official who is stationed on the southern side of the border and spoke on condition of anonymity. 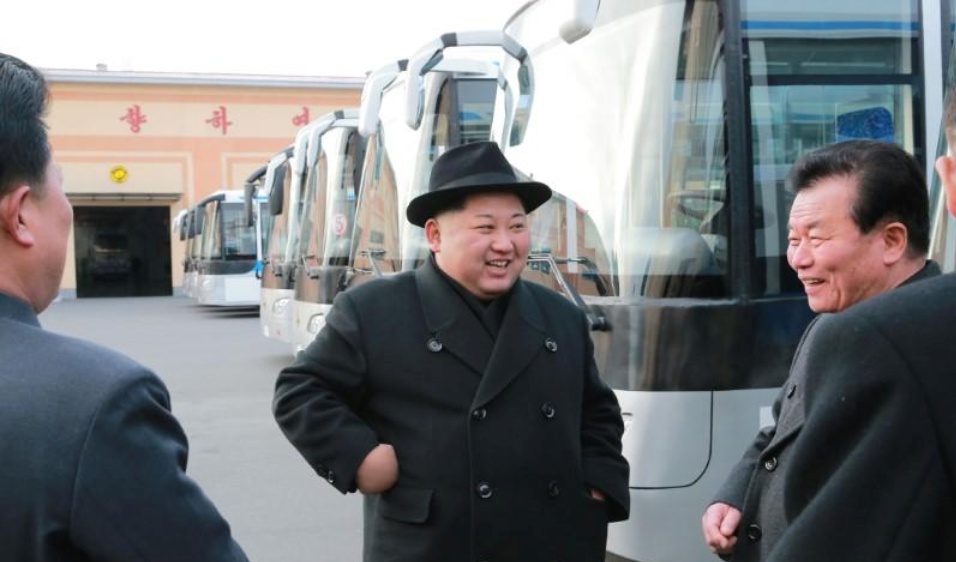 Moon, who was offered a meeting with Kim Jong Un in Pyongyang via his sister, has been pushing for a diplomatic solution to the standoff over North Korea’s nuclear and missile programmes.

Seoul is planning to push ahead with its plans for reunions of family members separated by the 1950-53 Korean War in order to sustain the dialogue prompted by the North Korean delegation’s visit.

Meanwhile, Trump urged Russia to do more in urging North Korea to scrap its nuclear programme, the White House said on February 12 , aimed at intensifying the pressure campaign on Pyongyang.

Talk of an inter-Korean summit, which would be the first since 2007 if it happened, come after months of tension between Pyongyang, Seoul and Washington. An exchange of fiery words between Kim Jong Un and US President Donald Trump also ratcheted up unease on the Korean peninsula.

As with North Korean media over the weekend, the KCNA report again made no mention of the summit offer made to Moon.

Rather, Kim Jong Un gave his gratitude to Seoul for their “sincere efforts” to prioritise the delegation’s visit, which were “very impressive”, KCNA said.

Moon and his administration hosted several meetings and meals for the delegation during their stay at the presidential Blue House and luxury five-star hotels while Moon personally accompanied Kim Yo Jong for events at the Olympics as well as an orchestra concert.

In addition to the high-level delegation, hundreds of North Koreans including an orchestra and cheer squad have visited South Korea for the Winter Olympics.

The cheerleading team will be attendance at the united women’s ice hockey team’s final game in the Olympics on February 14 , facing old rival Japan to conclude preliminary round play.