The NIA will request the UK to extradite Mukul Hazarika, a UK-based doctor believed to be Avijeet Asom, chairman of the ULFA-I. 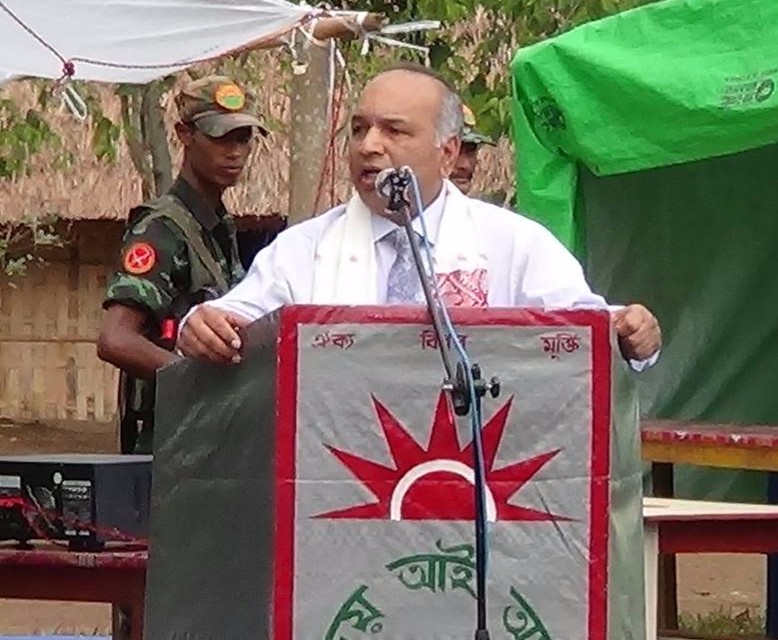 The NIA will seek the extradition of Mukul Hazarika, believed to be ULFA-I chairman Avijeet Asom. Courtesy: Screengrab from DY365. 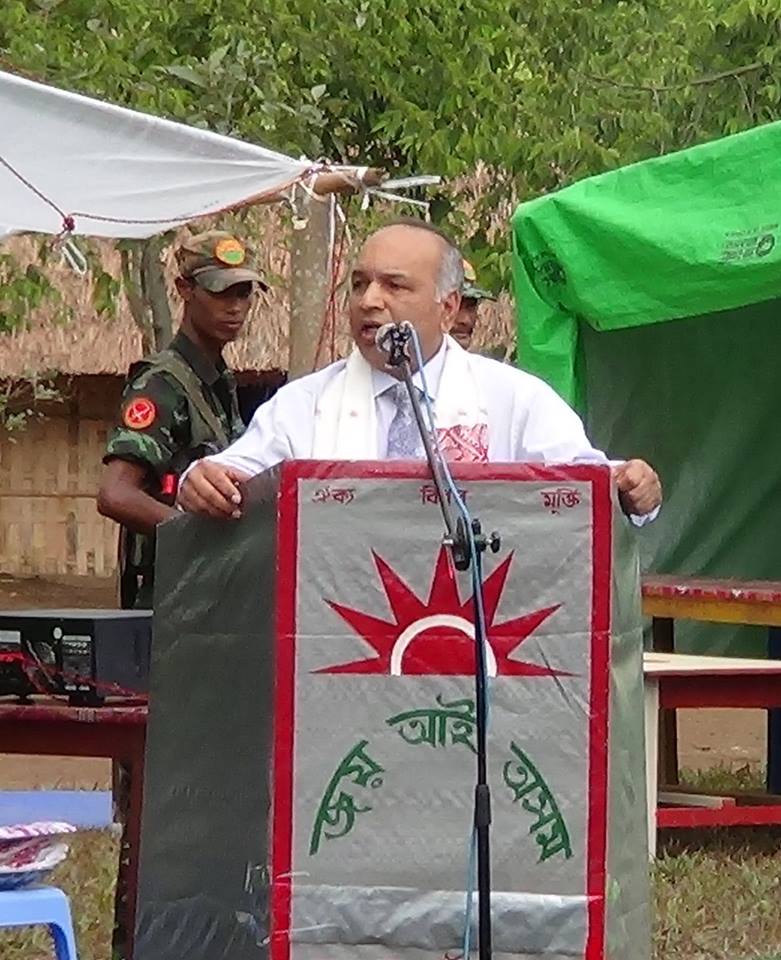 The NIA will seek the extradition of Mukul Hazarika, believed to be ULFA-I chairman Avijeet Asom. Courtesy: Screengrab from DY365.

The National Investigation Agency (NIA) has prepared a “foolproof” case for the extradition of a UK-based doctor believed to be Avijeet Asom, chairman of the anti-talks faction of the banned United Liberation Front of Asom (ULFA-I).

The request for extradition will be forwarded to the British High Commission after the chargesheet against the doctor is filed “within a few weeks,” sources in the Ministry of Home Affairs (MHA) said, adding that the doctor is none other than Mukul Hazarika, a resident of Darlington, UK.

“There is irrefutable evidence that Hazarika is closely engaged in the activities of ULFA. He had visited the outfit’s camp in Myanmar as well where he held meetings with several militant leaders, including NSCN(K) chairman S.S. Khaplang,” an official claimed.

The NIA swung into action after a video showing Hazarika at a camp in Myanmar was aired by a local TV news channel (DY365) on September 30, 2015. Subsequently, the agency gathered footage and photographs of him at the rebel base camp in the neighbouring country, as well as statements from surrendered ULFA cadres.

Camps and training facilities of rebel groups from the Northeast are located in remote regions in Myanmar, including in the Sagaing Division. Tourists are barred from visiting these zones. Hazarika’s presence at one of the camps located at Taga, which is near the Chindwin river, had raised the suspicions of the Indian security agencies.

According to informed sources in the ULFA, Hazarika arrived at Taga after landing at the southwestern Chinese province of Yunnan from the UK. He crossed the Sino-Myanmar frontier near Ruili at Shan State, making his way to the rebel base camp after crossing the Chindwin river. He was escorted by a group of “trusted” ULFA cadres from the border to the camp.

There is also evidence to suggest that Hazarika had visited Myanmar’s conflict-ridden Kachin State a few years ago to interact with some families originally from Assam. However, he identified himself as a historian from the UK interested in tracing the whereabouts of these families and not as a physician.

The doctor was appointed “acting chairman” of ULFA on November 22, 2011, after a split in the group following the decision by its chairman Arabinda Rajkhowa and other senior functionaries to engage in talks with the government for a negotiated settlement. The following year, Rajkhowa was expelled and Hazarika was elevated to the post of chairman.

Sources claimed that even before being appointed as chairman, Hazarika had been associated for years with the UK-based human rights group, Assam Watch, which used to highlight incidents of human rights violation in the state.

Hazarika hails from Kaliabor in Assam and completed his MBBS from Gauhati Medical College in 1970. His tryst with the ULFA began as early as 1991 after he introduced a few senior functionaries to a London-based NGO called Liberation. The NGO had helped a few senior cadres of the group to enroll in a course on diplomacy in Thailand and also assisted the ULFA’s representation at Geneva at a meeting of the UN Sub-Commission’s Working Group on Indigenous People in 1997.

On another occasion, Hazarika himself pleaded for the ULFA at an international forum along with an engineer from Guwahati. The NIA has allegedly gathered a photograph of the doctor speaking at the forum, which will be attached in the chargesheet.

The home ministry is pinning its hopes on the extradition treaty between Indian and the UK but ULFA hardliners are convinced that the laws in the UK are “tough”, which could prevent the chairman from being extradited on charges of terrorism. There are also rumours of some senior underground functionaries calling up a few surrendered cadres from foreign destinations and threatening them not to give confessional statements on Hazarika.