'I Was Blacklisted and Deported For My NGO Activities'

NGOs are central constituents of a functional democracy. They play a key role in empowering the marginalised communities who would otherwise go unaided because of their fringe status in society. 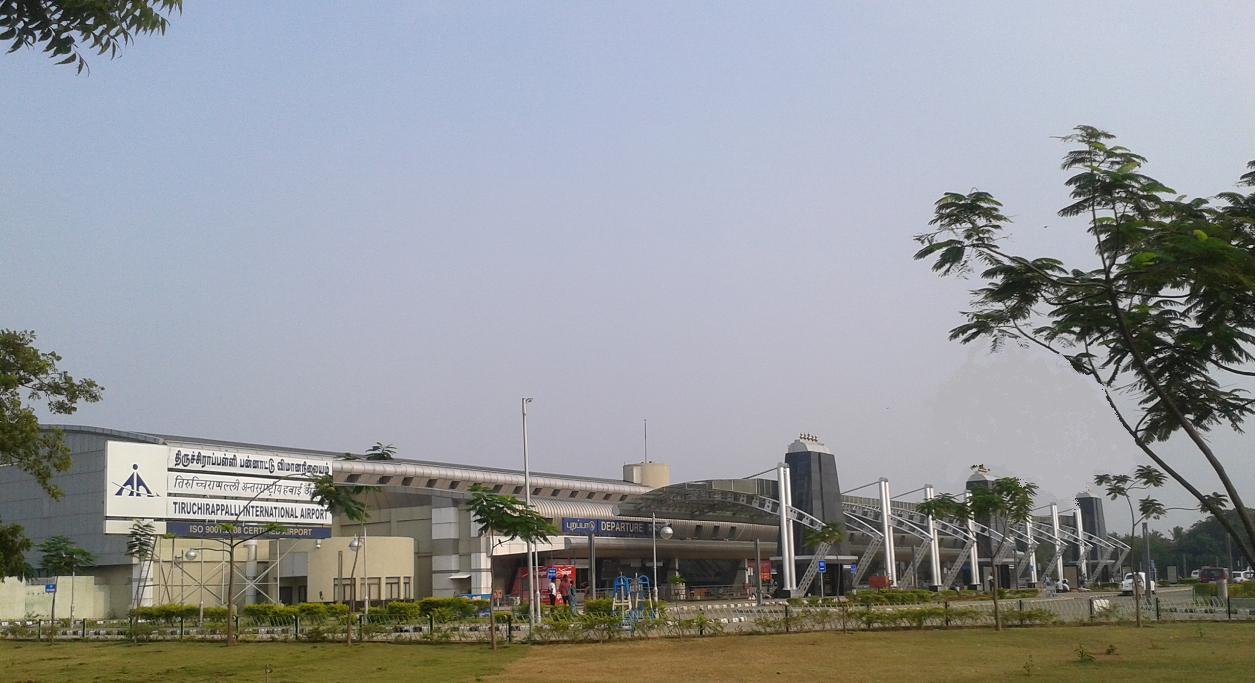 At midnight on December 20, 2017, I reached Trichy Airport from Bangkok by Air Asia Flight FD-110. I was on a holiday to Madurai (Tamil Nadu) and Adoor (Kerala) to participate in a few family get-togethers and celebrate Christmas with friends and colleagues.

At around 0040, I reached the immigration desk. The lady officer on duty signalled that there was something wrong as soon as she keyed in my passport number. She had a surprised look and asked me to spell my name. I did so like an obedient child. She keyed in something again and with the same look, left the counter. Within five minutes, she returned with a male officer, probably the in-charge, and showed him what was on the computer. He read it, tried to key in my details again. He then looked at me grudgingly and instructed the lady to tell me to wait. Twenty minutes later, I went to the lady officer to enquire if there was a problem. Without a word, she signalled to the male officer asking him to come to the counter. He tried to key in my details once again, after which he firmly instructed the lady to “tell the airlines people to take their guest” and went back to his counter. I tried to talk to him, but he avoided me. I then asked the lady officer for an explanation. “You cannot go out”, she said and left the counter. I tried to talk to others but in vain.

The Air Asia ground staff, who were a witness to all this, called their senior officer who informed me that I would have to wait at the airport until a return flight was available. “We are sorry sir, we can do nothing about immigration.” I was then escorted to a room labelled “entry denied,” where I stayed for another 20 hours, protected by extremely caring armed personnel and completely cut off from friends, families and the rest of the world.

I didn’t have an Indian SIM and the airport didn’t have free Wi-Fi, so I could neither inform my friend waiting outside the airport nor my host in Madurai,  Henri Thipagne, a senior lawyer and executive director of Madurai-based People’s Watch. Both of them didn’t know why my entry into India was rejected. Worried and confused, they moved the court with a habeas corpus writ as soon as the courts began business on December 20, 2017. The court didn’t issue an interim order as asked for, but asked the immigration authorities to answer why my entry was denied.

On January 1, 2018, the chief immigration officer thus replied: “The habeas corpus petition is misconceived since the alleged detainee is not in illegal custody… The Nepali national was not allowed entry into India as he was blacklisted and is a subject of “ban entry” Look Out Circular for indulgence in NGO activities.” He denied the petitioner’s claim that my human rights were violated and “prayed that this Hon’ble Court may be pleased to dismiss HCP (MD) No. 1842 of 2017 (the case number) as devoid of merits and thus render justice.” Alas, the officer has become a victim because of me. I feel sorry for him.

Immigration Response by The Wire on Scribd

Origin of the blacklist

In February 2016, I had travelled to Madurai via Chennai to participate in a workshop that aimed to explore ways to work closely with state and national human rights institutions in India. An immigration officer in Chennai wanted to know the reason for my travel. I frankly told him why I was travelling to Madurai. He  jotted down all that I said in great detail. On my return, I was asked to explain in detail what I did during my stay in Madurai, where I went and whom I met. This was quite abnormal. Smelling a rat, I informed my colleagues in Madurai about what had happened. They said: “Oh, you must have said something that you were not supposed to. It was a mistake to identify yourself as a human rights professional.” I failed to understand why my professional identity should be a problem in a democratic country founded by Gandhi.

Two months later, I visited Delhi to see a doctor at AIIMS in relation to my intestinal complaint. It is then that I understood the meaning of what my friends had tried to convey to me earlier. At the Delhi immigration, after reading my profile that I am sure was created at the Chennai immigration, the officer on duty quizzed me on the reason for my visit to India. I told him that I was going to AIIMS to consult a doctor. He then asked me to produce proof that I was in Delhi for medical treatment. I presented a copy of my e-mail communication with the doctor. It took some 20 minutes for me to get the clearance.

Since then, I have entered India via Delhi at least thrice for ‘medical reasons’.

So, this time, too, I was aware of the probability of being quizzed and was prepared for it. But I had never imagined that the matter would go this far.

Personally, the 20 hours that I spent at Trichy Airport did not deject me. I had time to finish reading Carol Dweck’s Mindset. The book gave me some fuel to understand the mindset “that allows people to thrive during some of the challenging times in their lives.”

During my detention, I was treated extremely well. Air Asia provided water and food and the security personnel allowed me to walk freely around the lounge.

It is no big deal for a mighty country like India to blacklist, detain and deport me. My deportation, which is a breach of the 1950 Indo-Nepal Treaty of Peace and Friendship that enables citizens of Nepal and India to move freely across the border without passport or visa, does not make any news that could morally shame India. Nor does it affect India’s bilateral relations with my country, Nepal. My government will not even dare to ask India for the reason of my deportation.

What is alarming, however, is not my deportation but the reason given for it. Dissecting the central argument of the immigration officer – that I was not allowed entry into India as I was blacklisted for indulgence in NGO activities – does not auger well for the future of democracy in India.

In his heart of hearts, the immigration officer seemed to believe that NGO activities are criminal. Connecting the dots from Chennai, Delhi and Trichy suggests the entire immigration corps is trained along these lines. Maybe this is the line of reasoning of the Indian bureaucracy as a whole.

NGOs are central constituents of a functional democracy. They play a key role in empowering the marginalised communities, who would otherwise go unaided because of their marginal status in society. I think such a democracy was what Gandhi had envisioned and Ambedkar had worked towards.

I am a human rights activist contributing in a small way towards building a society in which everyone is equal and lives with dignity. I will keep pursuing this personal motto. Obstacles like the Trichy experience will only embolden my resolve.

The next hearing in the case is on January 18.

Mukunda Raj Kattel is Director of Bangkok-based Asian Forum for Human Rights and Development (FORUM-ASIA). He is also a PhD student at Mahidol University, Thailand.