The company behind the ad, featuring Nawazuddin Siddiqui, has apologised after the ad drew sharp criticism. 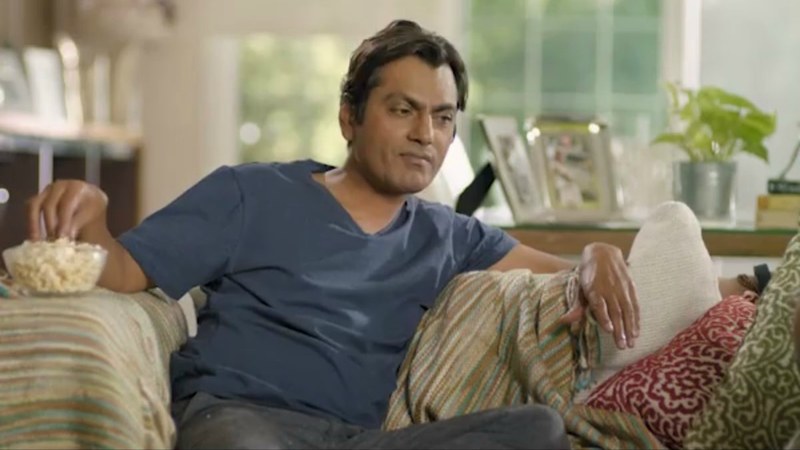 Nawazuddin Siddiqui in a still from the ad.

A leaked advertisement being circulated on social media in Pakistan has stirred up anger over its casual attitude toward domestic violence, forcing the electronics company behind the video to apologise.

While promoting a Kenwood brand washing machine, the ad shows a group of male friends having a laugh over the main character’s story about a fight with his wife. The man (played by Nawazuddin Siddiqui) brags about not tolerating his wife’s “attitude” and resorting to “dhulayi,” which literally means ‘washing’ but is used as a slang for ‘beating up’.

The ad wasn’t officially released, but a Facebook group called “Whatsapp Videos” posted the leaked video and it didn’t take long before the criticism started trickling in. Facebook user Wafa Zafar called it:

Disgusting ad….giving concept that a man should be proud among his friends on beating his wife

Another comment by Facebook user Kookie Malik detailed a complaint made to the parent company in the US:

I have made an effort to speak to Kenwood USA and Kenwood Japan and have asked a simple question: Why is it OK to use such crass and potentially violence inciting crap to make money and promote your company or your brand?? Our women and ALL women for that matter are scared and any of you that find this funny should consider a man beating your mother, sister or daughter …and you laughing and thinking it is OK. Shame on Kenwood and its Executives that allowed this to take place – Their Disclaimer is also another eyewash and stinks of the same corporate nonsense that Delta Airlines demonstrated recently. This is not over yet.

Hurmat Riaz from Mangobaaz, which describes itself as an entertainment website for Pakistani millennials, wrote that the ad is the latest in a series produced by the company showing the husband being intimidated by his wife:

Domestic violence, whether the wife is the victim, or the husband, is not a matter to be joked about. It is a serious problem, one that many people in Pakistan, and beyond, are victims. Not only is making a joke about such a thing insensitive to them, it perpetuates the idea that it’s apparently okay to not only make jokes about hitting your spouse but also doing it in practice.

The human rights commission of Pakistan reports 1,843 cases of domestic violence in Pakistan between 2004 and 2016. This doesn’t include other instances of violence like ‘honour’ killings, kidnapping, rape and acid attacks. The figures only represent the number of reported cases, which tend to be far lower than the actual number of incidents.

The company has since apologised for the leaked ad admitting that their “judgment was flawed” and have requested that “all social media pages remove this ad as it has not been officially released or endorsed by Kenwood.” The outrage over the leaked ad makes it clear that corporations will have a hard time if they plan on using misogyny to sell their products.