The National Accountability Bureau has already frozen the properties of former finance minister Ishaq Dar for having assets beyond his known sources of income. 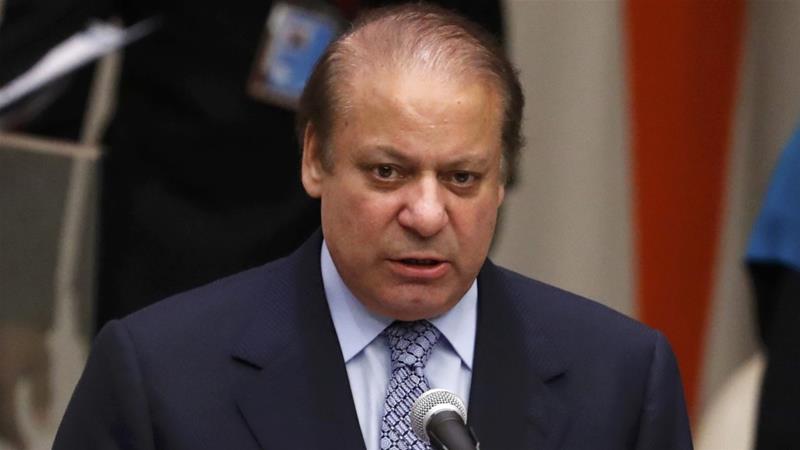 Nawaz, 67, stepped down after the Supreme Court disqualified him on July 28 from continuing in his office for dishonesty and ruled that corruption cases be filed against him and his children.

The Accountability Court in Islamabad, which is hearing the corruption cases against the Sharif family, on Friday summoned Sharif, his daughter Maryam and son-in-law Captain (retd) Safdar to appear before it on September 26.

The National Accountability Bureau (NAB) pasted the summonses and property attachment notices on the Sharifs’ residence in Raiwind on the outskirts of Lahore.

Sharif, along with his children, is in London to be with his ailing wife Kulsoom Sharif, who is undergoing treatment for throat cancer.

There is speculation in the Pakistani media that the Sharif family may not return to face the NAB corruption cases.

The ruling PML-N party, however, insists that Nawaz would return once his wife’s health improves.

“We have written to the State Bank of Pakistan (SBP) and commercial banks requesting them that since Sharif and his children and son-in-law Safdar are facing the NAB cases, their bank accounts may be cautioned (frozen),” an NAB official told PTI today.

The NAB has already frozen the properties of finance minister Ishaq Dar for having assets beyond his known sources of income.

The Accountability Court has also issued bailable arrest warrants against Dar who is also currently in London.

The NAB has also written to district governments, asking them to stop any transfer or disposal of the properties owned by Sharif, his sons Hassan and Hussain, daughter Maryam, son-in-law Safdar and finance minister Dar, warning that in case of non-compliance, they could face up to three years in prison.

The NAB has filed three cases of corruption and money laundering against Sharif, his children and Safdar, and one against Dar in the Accountability Court in Islamabad and Rawalpindi recently.

The cases are filed in connection with the investigation of offshore properties of the Sharif family members.

Nawaz’s wife Kulsoom contested on Lahore’s NA-120 seat that fell vacant in the wake of his disqualification and won.