The Myanmar government is believed to be laying landmines across its border with Bangladesh, in a bid to thwart attempts to return by the Rohingya. 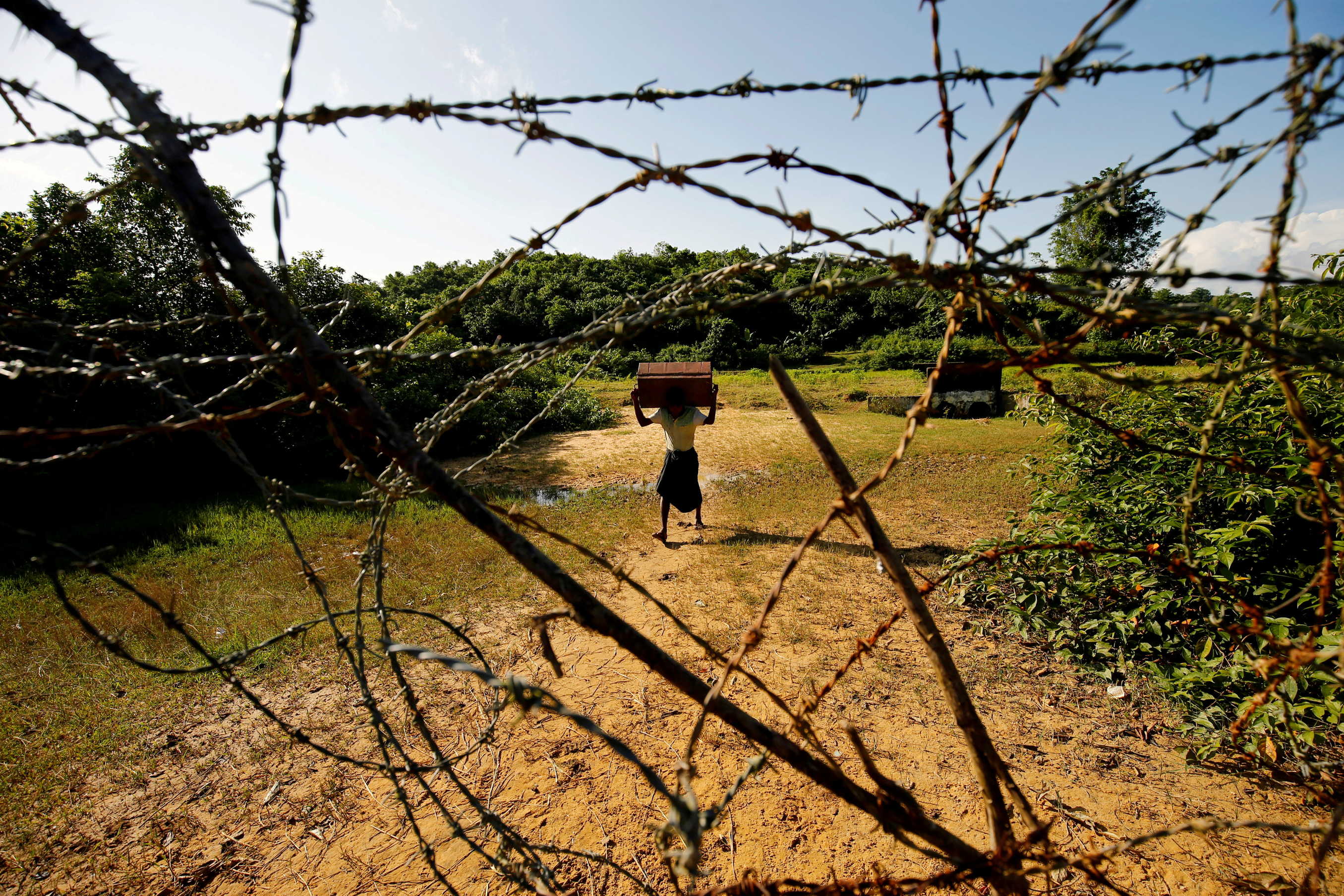 Dhaka: Myanmar has been laying landmines along a section of its border with Bangladesh, said two government sources in Dhaka, adding that the purpose may have been to prevent the return of Rohingya Muslims fleeing violence.

Bangladesh will on Wednesday formally lodge a protest against the laying of land mines so close to the border, said the sources, who had direct knowledge of the situation, but asked not to be named because of the sensitivity of the matter.

An army crackdown triggered by an attack on August 25 by Rohingya insurgents on Myanmar security forces has led to the killing of at least 400 people and the exodus of nearly 125,000 Rohingya to neighbouring Bangladesh, leading to a major humanitarian crisis.

“They are putting the landmines in their territory along the barbed-wire fence” between a series of border pillars, said one of the sources. Both sources said Bangladesh learned about the landmines mainly through photographic evidence and informers.

“Our forces have also seen three to four groups working near the barbed wire fence, putting something into the ground,” one of the sources said. While they did not clarify if the groups were in uniform, they added that they were sure they were not Rohingya insurgents.

One boy had his left leg blown off near a border crossing before being brought to Bangladesh for treatment, while another boy suffered minor injuries, Khan said, adding that the blast could have been a mine explosion.

A Rohingya refugee who went to the site of the blast – on a footpath near where civilians fleeing violence are huddled in a no man’s land on the border – filmed what appeared to be a mine: a metal disc about 10 cm (four inches) in diameter partially buried in the mud. He said he believed there were two more such devices buried in the ground.

Two refugees also told Reuters they saw members of the Myanmar army around the site in the immediate period preceding the blasts, which occurred around 2:25 pm.

Reuters was unable to independently verify that the planted devices were land mines and that there was any link to the Myanmar army.

The army has not commented on the blasts near the border. Zaw Htay, the spokesman for Myanmar‘s national leader, Aung San Suu Kyi, was not immediately available for comment.

On Monday, he told Reuters clarification was needed to determine “where did it explode, who can go there and who laid those land mines. Who can surely say those mines were not laid by the terrorists?”

A Myanmar military source said landmines were laid along the border in the 1990s to prevent trespassing and the military had since tried to remove them, but none had been planted recently.

“They are not doing anything on Bangladeshi soil,” said one of the sources. “But we have not seen such laying of land mines in the border before.”

Myanmar, which was under military rule until recently and is one of the most heavily mined countries in the world, is one of the few countries that have not signed the 1997 U.N. Mine Ban Treaty.