When Autocrats, Theocrats and Lapsed Democrats Pose as Liberators of Muslim Women

To become true supporters of Muslim women, men in Saudi Arabia, Iran and India need first and foremost to shut up and listen. 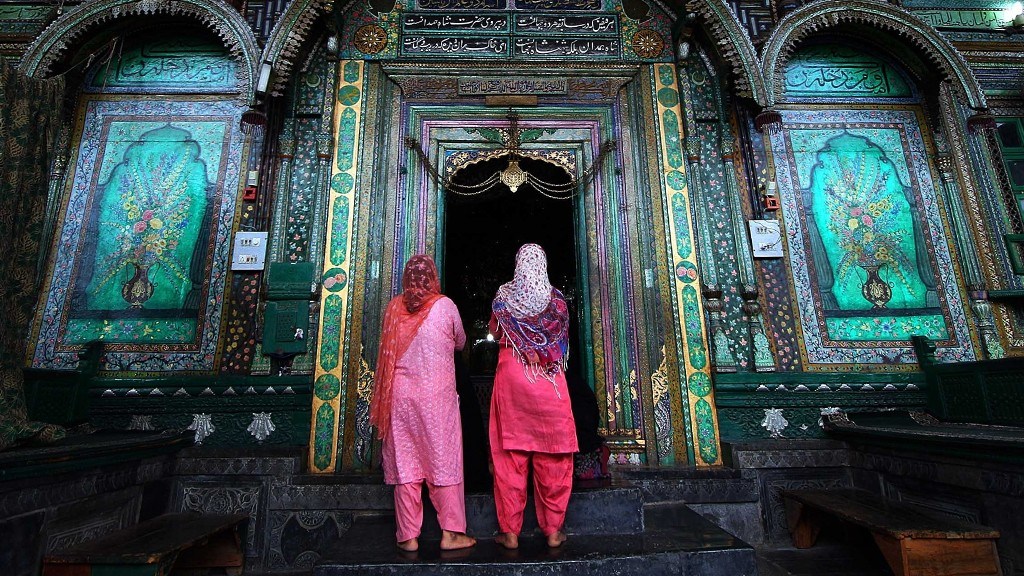 A lot was done in the name of Muslim women in the waning weeks of 2017. Saudi Arabia gave permission for women to enter the previously forbidden sports stadiums and allowed female contestants participating in an international chess tournament in Saudi Arabia to forego the abaya and hijab. In future months, the kingdom benevolently promised, women would be permitted to drive trucks and motorcycles in addition to driving cars.

In Iran, the government announced that the moral police that normally patrols the streets and automatically metes out punishments for ‘bad hijab’ would now only be counselling women on the virtues of ‘good hijab’. Automatic punishments would be a thing of the past.

Then there was India, whose autocratic and notoriously xenophobic leader tried to paint himself as a champion of the country’s Muslim women by supporting the passage of the Muslim Women (Protection of Rights of Marriage) Bill, 2017. The Bill, which has until now only been passed by the Lok Sabha, or lower house of parliament, not only makes oral talaq a criminal offence, but goes further and actually imposes a jail term of three years on those found to be using this method of severing marital ties.

Women, particularly Muslim women whose fortunes and futures have been regularly used as pretexts in the half century past, are not stupid.

If one is a Muslim woman, one has to try hard not to laugh and slow-clap at this clamouring of three separate countries, a monarchy, a theocracy, and a supposed democracy and their pitiable attempts to ‘help’ Muslim women. The monarchs of the kingdom, playing as they are to a largely foreign audience, can be seen slapping the backs of other men, at having gleaned a few more miles of positive press from the lifting of a driving ban whose most immediate consequence is not the liberation of women, but the firing of immigrant drivers.

Similarly in Iran, the throttling of dissent for decades, the suffocating environment perpetuated by a system that hardly allows men or women to breathe and affords even fewer opportunities to engage in global discourse, will hardly be dissipated by the reining in of a noxious arsenal.

Finally, there is the case of India, a country whose cosmopolitan character and democratic institutions have proven woefully inadequate before the advance of Hindu nationalism. With systematic and terrifying doggedness, the purveyors of Hindutva have undermined all checks and balances, thus proceeding to vilify the minorities with gusto.

In accomplishing this campaign of vilification and marginalisation of Indian Muslims, the rulers next door have borrowed a case from the colonial playbook, sect against sect and women against men. If the white colonialists of old aimed to save Indian women from Indian men, the Modi government’s ‘neo-colonialists’ seek to save Muslim women from Muslim men.

So while Saudi Arabia plays to the gallery abroad – as a country whose pliability and goodwill is valuable on the world stage – and Iran courts an audience of young people, India pretends to protect some of its poorest minority women from the poorest minority men. Freeing them from oral divorce in which a man declares ‘I divorce you’ three times and considers a marriage dissolved, will, in the words of BJP minister M.J. Akbar, liberate the women from the repressive yoke of this practice. We are witnessing a situation similar to the one in the days of the old colonialists, when India’s Muslims and Hindus went for each other’s throat on cue; today the warring parties involve Muslim sects in India.

Even as the representatives of the largest Indian Muslim organisations declared their opposition to the ban or at least the jail term, the leader of the Shia Waqf Board immediately went on record saying that he considered the three-year proposed jail term to be ‘inadequate’. In his view, the mandatory jail term for the offence of declaring an oral divorce should be much longer. Notably, and rather sadly, he and nearly all the politicians loudly professing their views regarding Muslim women are men.

This last fact is not a coincidence. In India and in Saudi Arabia and in Iran, men have, as is their habit, installed themselves as the ultimate arbiters of deciding what will or will not free Muslim women from the yoke of the repression that they face. Each set of these domineering men, separated as they are by sect, or faith or purpose, has devised its own entirely male recipe for helping the very women whose views the men regularly ignore.

To cover up personal corruption or religious prejudice or abuse of power, they have decided now to turn to this: spinning their own welfare as the noble desire to liberate or ingratiate themselves with women.

It is likely to be a failed attempt. For starters, women, particularly Muslim women whose fortunes and futures have been so regularly used as pretexts in the half century past, are not stupid. True concern for Indian Muslim women is not coming down hard on divorce laws but making attempts to reduce the rampant discrimination and harassment that they (along with Indian Muslim men) regularly face.

Similarly, a sincere desire to liberate Iranian or Saudi women is not to lift the onerous restrictions that the state should never have imposed in the first place, but to restore to them the freedom of thought and dress and belief that have always been their birthright.

In clamouring loudly to declare themselves the champions of Muslim women, the autocrats and theocrats and lapsed democrats of the world forget that the oppressed may be silenced but they are not stupid. To become true supporters of Muslim women, men in all three of these countries need first and foremost to shut up and listen.