The populist Khaltmaa Battulga of the opposition Democratic Party led the votes and will face Miyeegombo Enkhbold from the ruling Mongolian People's Party. 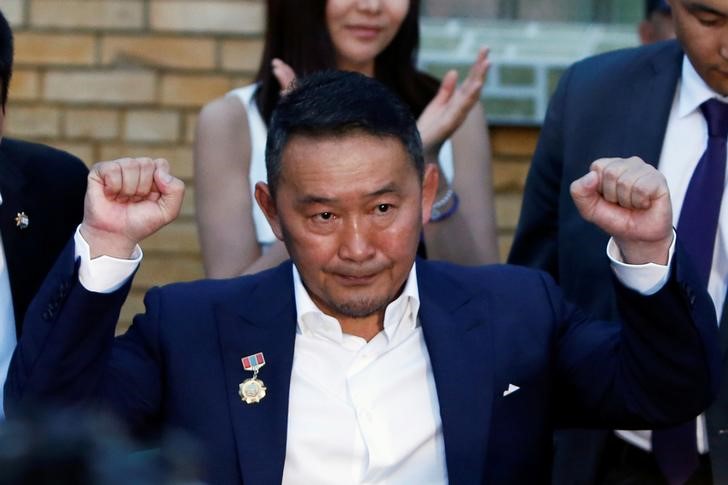 Ulaanbaatar: There was no outright winner in Mongolia’s presidential election on Monday, forcing the country’s first ever second-round run-off between the two leading candidates, the country’s General Election Committee said on Tuesday.

The populist former martial arts star Khaltmaa Battulga of the opposition Democratic Party won the most votes, but failed to secure the majority required, the committee said.

He will face ruling Mongolian People’s Party (MPP) candidate Miyeegombo Enkhbold, who came second, in a run-off on July 9, the committee’s chairman Choinzon Tsodnomtseren confirmed at a briefing on Tuesday morning.

“I never lose, I must win. I always win in the history of my life,” Battulga told Reuters in an interview on Monday night, before the preliminary results were announced.

The election was seen as a referendum on the government’s economic recovery plans and China’s role in Mongolia, a remote, resource-rich land known as the birthplace of Mongol emperor Genghis Khan.

Battulga is regarded as a resource nationalist who is suspicious of neighbouring China.

“I am never against foreign investment,” he told Reuters. “Only I am keen to get good benefits to my people.”

After the final districts were counted overnight, Battulga emerged with 517,478 votes, 38.1% of the total, according to Mongolian state television.

Enkhbold of the ruling MPP, regarded as pro-investment and market-friendly, scraped through to the second round with 411,748 votes, 30.3% of the total.

An establishment politician and currently parliamentary speaker, Enkhbold appears to have suffered as a result of his party’s austerity policies.

The new MPP administration raised interest rates and slashed public spending last year to try to cope with heavy debts and a precipitous fall in the value of Mongolia’s currency, the tugrik.

Enkhbold, the pre-election favourite, was trailing in third place for much of the count after a stronger than expected performance by Sainkhuu Ganbaatar of the breakaway Mongolian People’s Revolutionary Party (MPRP).

Ganbaatar finished with 30.2%, trailing Enkhbold by fewer than 2,000 votes, and will be eliminated from the second round.

All three presidential candidates promised to pull the country out of its current crisis, but their campaigns were clouded by corruption allegations.

Turnout stood at 68.27%, and included more than 18,000 votes deliberately left blank by voters protesting against the choice of candidates on offer.

Mongolia is a parliamentary democracy. The government is run by the prime minister, but the president has powers to veto legislation and make judicial appointments.