Modi has turned India into a military and diplomatic ally of the US. In China’s eyes, this has transformed India from a like-minded country that shared its opposition to the US’s attempt to create a unipolar world, into an adversary. 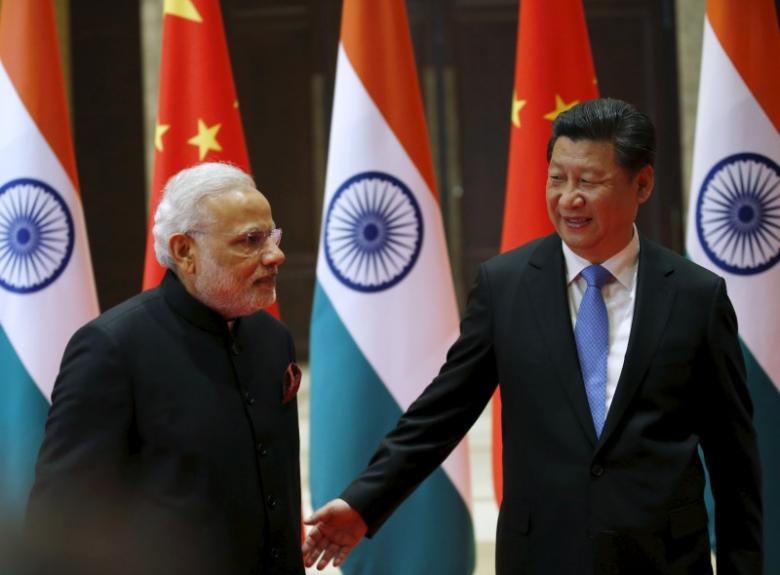 Three years ago, on the eve of the BJP’s victory in the general elections, India had achieved a status, and a degree of security, in its international relations, that it had never known before. Its relationship with the US and the European union was strengthening daily on the back of deepening economic ties; strategic cooperation with China and Russia on a wide variety of issues under the aegis of BRICS had given it a voice in the shaping of the post-Cold War global order that it had not enjoyed before, and tension with Pakistan was at an all-time low. All this was the result of patient, brick by brick, fence mending over two decades by four governments representing the entire gamut of Indian political opinion, those of Narasimha Rao, Inder Kumar Gujral , Atal Behari Vajpayee and Manmohan Singh. Today all of their work has been undone and the edifice of security they built lies in ruins. India is a country under serious threat and it has no one to turn to.

The threat has come from China, whose foreign ministry has warned India not to allow the Dalai Lama to proceed with a 10-day visit to the Tawang monastery that begins on April 4. On March 3 its foreign ministry spokesman, Geng Shuang, issued a formal warning to New Delhi: “China is gravely concerned over information that India has granted permission to the Dalai Lama to visit Arunachal Pradesh. …An invitation to him to visit the mentioned territory, would cause “serious damage to peace and stability of the border region and China–India relations. We have ….urged India to stick to its political commitments and abide by the important consensus the two sides have reached on the boundary question…. (and) not provide a platform to the Dalai clique and protect that sound and stable development of Sino-India relations”.

In diplomacy the words a country uses in its formal demarches are of the utmost importance, so what he said needs to be read with care. “Grave concern” is not an ultimatum, but it is half-way there. It is reinforced by the warning that his visit now would cause “serious damage to the peace and stability of the border region”. For “serious” we should read “irreparable”. The spokesman’s use of the phrase “Peace and stability of the border region” is also a veiled warning because it is the exact title of the 1993 agreement signed during Prime minister Narasimha Rao’s visit to China that has been the bedrock of Sino-Indian relations since then. In brief, China has warned New Delhi that if India insists on letting the Dalai Lama visit Tawang it will consider the 1993 agreement to have been violated by India.

But a close reading of the statement also shows that China is reluctant to go down this road. Its use of the phrase ‘information that India has granted’ was designed to leave a loophole open for Delhi to change its mind. This may have been no more than a token gesture, for Beijing knows fully well that prime minister Narendra Modi approved of the Dalai lama’s visit Tawang as far back as on October 27 last year. But the Chinese spokesman Geng Shuang’s reference to the disputed area as Arunachal Pradesh, and as “the mentioned territory”, carefully avoiding China’s pre 2009 nomenclature of “South Tibet”, and his reference to the “important consensus on the boundary question” is an indication that China would much prefer to limit its differences with India in the Himalayas confined to a border dispute and wishes to avoid allowing it to expand into an irreconcilable dispute over the whole of Arunachal’s 140,000 sq.km of territory.

One does not know how the Foreign Office would have responded been it been given the chance, but it was pre-empted by Kiren Rijiju, Minister of State in the Home ministry, who pre-empted any measured response that might have left a door to compromise open, when he declared, suo motu, that the Dalai Lama would not only visit Tawang, but that as an ardent yellow hat Buddhist, he would be there personally to receive him. This has left China with only two choices, to assert its claims or back down.

What will China do? Indian policy makers are inclined to believe that the current demarche is another pro-forma objection of the kind that China has made every time an Indian President or Prime minister visits Arunachal, or the Dalai Lama has met the prime minister or president, in order to keep the border issue open till a formal agreement is reached. And had this been 2009, they may well have been proved right.

On that occasion too, a request by the Dalai Lama in March, for permission to visit Tawang to open a hospital in November, had set off a flurry of objections by Beijing and assertions of sovereignty by New Delhi that rapidly escalated into a war of words and turned the Dalai Lama’s impending visit into an international test of sovereignty. Another war in the Himalayas had begun to look like a distinct possibility when Chinese Premier Wen Jiabao took the unprecedented step of asking Dr. Manmohan Singh for a meeting at Hua Hin, on the sidelines of an APEC conference to sort the matter out.

The discussions between them revealed that the Chinese wanted India, above all, to let sleeping dogs lie. In their view the border dispute was a legacy of history, and would die a natural death when relations between the two countries deepened. At Hua Hin, therefore, the two sides settled resolved the conflict by keeping the international, and most of the Indian, media out of Tawang. This turned the Dalai Lama’s visit into a strictly private one, carried out in his religious capacity, and robbed it of political significance.

But the situation this time is so different that to argue from historical precedent could prove suicidal. For in the past 26 months Narendra Modi has abandoned the policy of equidistance and turned India into a military and diplomatic ally of the USA. In China’s eyes this has transformed India from a like-minded country that shared its opposition to the US’s attempt to create a unipolar world, into an adversary.

The turnaround, which took place only a week after President Xi Jinping’s state visit to India, was so sudden that it could not but have taken China by surprise. In retrospect it is apparent that it took place during his first visit to Washington, and was signaled by the abrupt replacement of Foreign Secretary Sujata Singh with S. Jayashankar. Whatever passed between him and Obama brought the latter post-haste to India in January 2015, ostensibly to be the chief guest at our Republic day parade, but in reality to sign a ‘U.S.-India Joint Strategic Vision for the Asia-Pacific and Indian Ocean Region’ on January 25, whose only operative clause was designed to prevent the assertion of Chinese hegemony in the South China Sea.

This did not prevent the Chinese government from laying out a red carpet for Modi during his state visit to China in May 2015, but since then the relationship has soured as India has moved rapidly into America’s strategic embrace. In the past eight months the Modi government has signed all the three military cooperation agreements needed to make it an ally of the US; and issued a second joint statement with President Obama in June last year affirming India’s intention to draw up “a roadmap for implementing the joint strategic vision that “will serve as a guide for collaboration in the years to come”.

The Chinese have responded by ignoring India’s objections to China’s building of a transit corridor to Gwadar through Gilgit and warning Delhi against trying to prevent it; refusing to allow India to become a member of the Nuclear Suppliers’ Group; refusing to allow the UN Security Council to brand Masood Azhar and Hafez Sayeed as international terrorists; increasing the frequency of their submarine incursions into the Bay of Bengal, and sending their most advanced 7,000-tonne nuclear submarine undetected through the straits of Malacca to surface deliberately in Karachi. By the time BRICS met in Goa last October, its Delhi declaration of 2012, which had laid the base for strategic cooperation between China, Russia, and India, had become a piece of waste paper.

Had matters rested there India and China might still have been able to maintain something akin to the frozen peace of the post 1962 years. But, beginning in April 2016, the central government had embarked upon a succession of actions in Arunachal Pradesh that China has found increasingly hard to ignore.

In 2016 the US Consul General in Calcutta did not only visit Itanagar but made a public statement from there that “the US considers Arunachal to be indisputably a part of India”. In the very next month the Modi government sent four Indian warships cruising through the South China Sea with a joint US-Japan task force for two-and-a-half months as its first concrete implementation of its joint strategic vision agreement with the US.

Delhi followed this up by inviting the US Ambassador to India, Richard Verma, to the Tawang festival in October. Verma celebrated this by tweeting a picture of himself, attended upon by the Assam Chief minister Sarbanand Sonowal, the Arunachal chief minister Pema Khandu, and Kiren Rijiju standing in front of the Tawang monastery, to the whole world. Six days later, the government gave permission to the Dalai Lama to visit Tawang early this year.

So far China has carefully avoided being provoked. It responded to the US CG’s visit by stating : “China and India are wise, and capable, enough to deal with their own issues and safeguard the fundamental and long-term interests of the two peoples. The intervention of any third party will only complicate the issue and is highly irresponsible.” When Indian ships joined the US-Japanese task force it again refrained from criticizing India directly and accused the US, instead, of following a ‘divide and rule’ colonial policy towards the two Asian giants.

Only after Verma’s visit to Tawang, did China warn India directly that the diplomat’s actions would damage the “hard-earned peace and tranquility of the China-India border region.” It also repeated its accusation that the US was deliberately enticing India into a confrontation with China, by reiterating that “Any responsible third party should respect efforts by China and India to seek peaceful and stable reconciliation, and not the opposite”. Last week it repeated this warning, but in words that come close to an ultimatum.

This is the first of a two part series on Indo-China relations by Prem Shankar Jha.