Modi May Visit Israel in June, But Not Palestine

The visit will mark 25 years of diplomatic relations with Israel and will be the first time an Indian leader will skip visiting neighbouring Palestine. 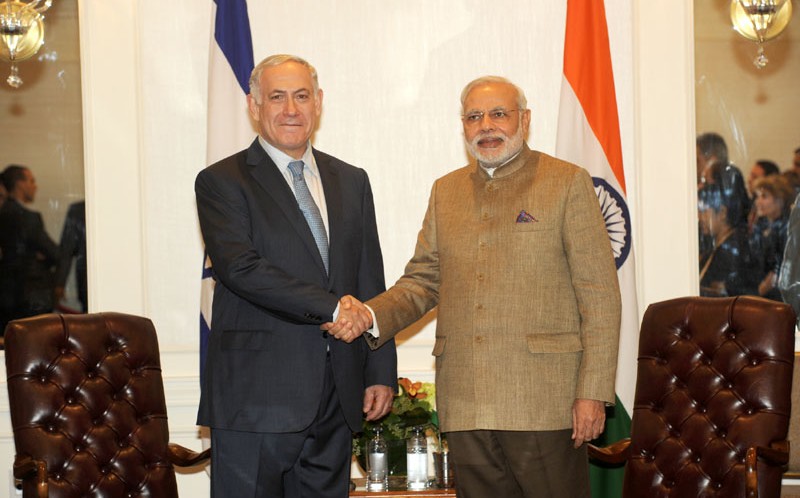 New Delhi: Prime Minister Narendra Modi’s visit to Israel, scheduled for later this summer, will mark the first time that an Indian leader will visit the Middle Eastern nation without visiting neighbouring Palestine.

Modi’s trip will also be the first time that a sitting Indian prime minister visits the Jewish majority country.

Since Modi will not visit Palestine, Palestinian president Mahmoud Abbas has been invited to India for a state visit.

Sources said that prime minister’s trip to Israel – de-hyphenating it from Palestine – will be in keeping with the importance of the occasion to mark 25 years of diplomatic relations. Officials added that India remained committed to the two-state solution of the Israeli-Palestine conflict.

While officials have downplayed the import, it is certainly noteworthy that Modi will only be travelling to Israel and not Palestine, as every other major Indian leader whose visit had political significance have done so in the past.

President Pranab Mukherjee’s trip to Israel in October 2015 – the first by an Indian head of state – had included both Tel Aviv and Ramallah. In fact, Mukherjee stayed overnight in Ramallah – the first time that a foreign head of state had done so in the West Bank town.

Israel and Palestine were also clubbed together in the travel itinerary for Indian external affairs ministers, including for Sushma Swaraj during her visit in January 2016.

Minister of state for external affairs M.J. Akbar did officially make a visit only to Palestine to co-chair the first joint commission meeting in October 2016. But, the reality of geography meant that Akbar had to go through Israel to step onto Palestinian soil. The India-Palestine joint commission meeting took place a week before Israeli President Reuven Rivlin traveled to India.

Since May 2014, there has been a conspicuous movement in India-Israel relations, with New Delhi even modifying some of its votes on international human rights resolutions related to Israel.

While Indian officials officials stress that relations with another country is independent of its ties with any other country, New Delhi has been working assiduously with Arab countries to ameliorate the fall-out from Modi’s visit to Israel. The wooing of Arab nations has been persistent, with Abu Dhabi crown prince being the chief guest for Republic Day celebrations and the Saudi king likely to make a state visit to India later this year.

After Modi’s visit in June, Israeli Prime Minister Binyamin Netanyahu will make a reciprocal trip within the year of celebrations of the silver anniversary of forging ties.

“India hopes to host Prime Minister Netanyahu within this year – that is by January 2018,” Amar Sinha, MEA secretary (economic relations), said on Tuesday (February 28) at the ceremony to launch the logo to mark 25 years of Indo-Israeli diplomatic relations. He unveiled the logo along with the Israeli ambassador to India, Daniel Carmon.

Sinha said that there was a “conscious effort” to give a multi-dimensional focus to the bilateral relationship, by taking it beyond the spotlight on defence.

“While we get a lot of Israeli tourists, we would also like retired Israeli professors to spend a semester here in India teaching,” Sinha said.

Modi’s visit is likely to have a substantive agenda to foster research, development and innovation, with the joint development of projects, including defence equipment, under ‘Make in India’ being among the takeaways.