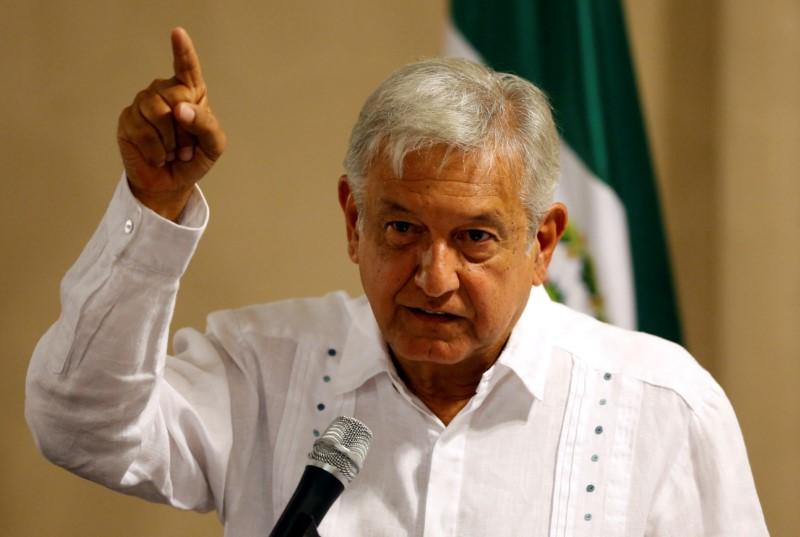 Mexico City: Mexico’s ruling party is running in third place with less than a year to go before the next presidential election, well behind the new party of leftist hopeful Andres Manuel Lopez Obrador, an opinion poll showed on Sunday.

The second most popular option with 23% support was the centre-right opposition National Action Party, or PAN, which held the presidency between 2000 and 2012.

Backing for the centrist PRI has gradually crumbled since Pena Nieto took office in December 2012 because of anger over corruption, resurgent gang violence and tepid economic growth.

Various scenarios for the presidential race showed Lopez Obrador ahead of his rivals, polling between 30% and 33% of the vote. Political analysts say that may be enough to win the July 2018 contest with the electorate increasingly divided.

A victory for the combative and nationalist-leaning Lopez Obrador could stoke tensions with the Trump administration just as the US, Mexico and Canada seek to seal a renegotiation of the North American Free Trade Agreement.

The silver-haired 63 year old is one of the best-known politicians in Mexico, having spent years relentlessly excoriating other parties for corruption in thousands of rallies around the country. But he is also a divisive figure.

A former mayor of Mexico City, Lopez Obrador finished runner-up in the last two presidential contests before breaking with his longtime base, the center-left Party of the Democratic Revolution (PRD), to establish MORENA in 2014.

The Reforma poll showed voters thought an alliance between the PAN and PRD – which leaders of the two are considering – was somewhat more likely to defeat the PRI in 2018 than MORENA.

The PRI has sought to exploit divisions in the opposition to eke out close victories, and senior party officials say that if the field is sufficiently fragmented, it may have a chance.

The Reforma poll, which surveyed 1,200 Mexican voters, showed independents were the fourth most-popular option with 10 percent support. The poll had a margin of error of 3.3%.