Called Law of Internal Security, the bill, proposes to regulate the deployment of military in Mexico more than a decade after it was sent to fight drug cartels in a conflict that has claimed over 100,000 lives. 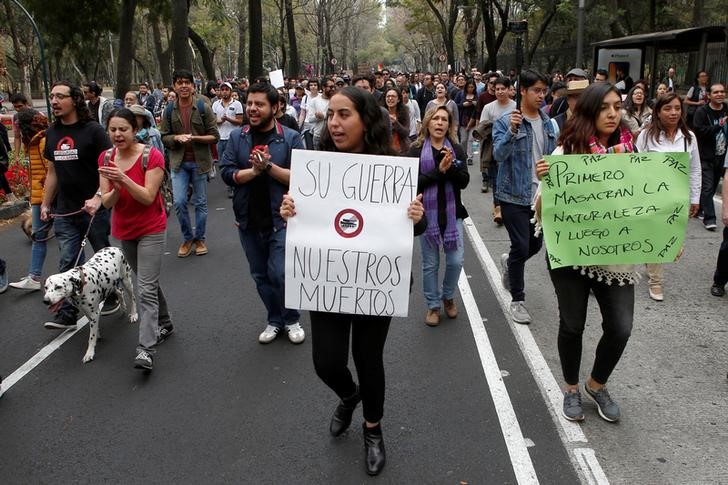 Activist holds a banner during a protest against a law that militarises crime fighting in the country, outside Los Pinos Presidential Residence in Mexico City, Mexico, December 17, 2017. Banners reads "Your war, Ours deads". Credit: Reuters/Ginnette Riquelme 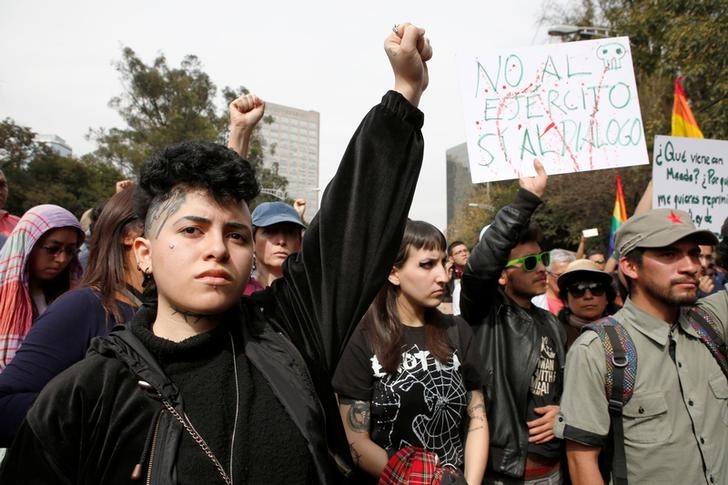 Mexico City:  Mexico’s National Human Rights Commission (CNDH) may take legal action against a bill that would enshrine into law the use of the army in the country’s long war against drug cartels, saying it could ask that the measure be ruled unconstitutional.

Known as the Law of Internal Security, it will formally regulate the deployment of the military in Mexico more than a decade after the government dispatched it to fight drug cartels in a conflict that has claimed well over 100,000 lives.

Bucking widespread protests from rights groups, Congress on Friday gave a green light to the law, which was backed by the ruling Institutional Revolutionary Party and some members of the centre-right opposition National Action  Party. It will now head to President Enrique Pena Nieto’s desk to be signed into law.

The new law could lead to the “violation of Mexicans’ basic rights and freedoms, affect the design and constitutionally established balance between institutions, state organs and powers, and lead to states of emergency being imposed on Mexican society,” the CNDH said in a statement late Saturday.

Supporters of the legislation say it will set out clear rules that limit the use of soldiers to fight crime.

Multiple human rights groups and international organisations, including the UN, attacked the bill, mindful of the dozens of reported cases of abuses by members of the military in Mexico over the past 11 years. They say it could usher in greater abuses and impunity by the armed forces.

Opponents of the bill have taken to the streets to protest and demand the measure not be signed into law.

The CNDH said it has asked Pena Nieto to make the necessary changes to the bill to make sure it upholds human and civil rights.