How Men Continue to Interrupt Even the Most Powerful Women

Psychological and linguistic research has long shown that gender plays a significant role in interruptions. In groups of one or one-on-one conversations, women are disproportionately interrupted by both men and by women. 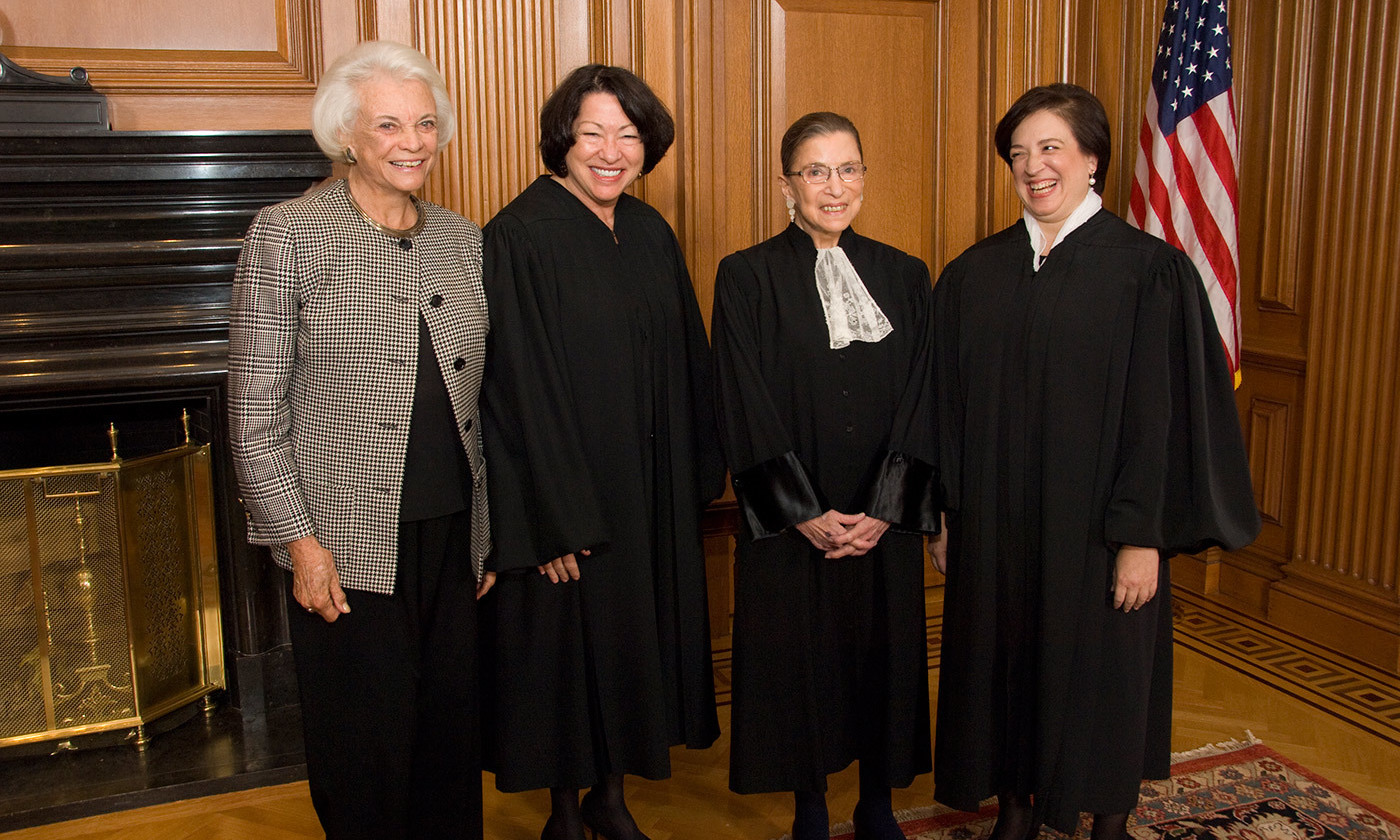 The numbers do not lie: women have long been underrepresented on the US Supreme Court. In the court’s 228-year history, only four of the 112 justices have been female. Sandra Day O’Connor became the first female justice in 1981, almost two centuries after the court’s creation, decades after ratification of the 19th Amendment, and years after landmark Supreme Court decisions on women’s rights. Now, with three female justices on the bench, gender equality on the court seems within reach. But our new research on interruptions among justices during Supreme Court oral arguments indicates that women still do not have an equal opportunity to be heard in the highest court in the land.

Psychological and linguistic research has long shown that gender plays a significant role in interruptions. In groups or one-on-one conversations, in social or professional contexts, women are disproportionately interrupted by both men and by women. And, no, this is not because women are more talkative (a common misconception): men actually talk more than women. Instead, interruptions are commonly interpreted as attempts by speakers to maximise their power through verbal dominance. Men interrupt women more because our society has historically accepted male dominance. The most recent election arguably confirmed this. There are few more powerful positions than being a Supreme Court justice, yet the female justices are just like other women: talked over by their male colleagues.

Oral arguments at the Supreme Court are the primary interactions among the notoriously cloistered justices. Advocates have only half an hour per side to make their case to the justices. The justices pepper the advocates with questions, gathering information to aid their decisions on the disputes, test out ideas, and attempt to influence one another. Scholars have shown that oral arguments shape case outcomes, so any systematic interference with the female justices’ ability to fully participate will limit their substantive power on the court.

We analysed interruptions among the justices, using transcripts of the oral arguments from the current era (the years 2004-2015 of Chief Justice John Roberts’s court), as well as earlier years when there were only one and two women on the court – the 1990 and 2002 terms, respectively. In the past 12 years, when women made up on average 24% of the bench, 32% of interruptions were of the female justices, yet only 4% of interruptions were by the female justices. Justices Ruth Bader Ginsburg, Sonia Sotomayor and Elena Kagan were each interrupted more than 100 times by their colleagues. Overall, female justices were three times more likely to be interrupted than their male colleagues. The same pattern held in earlier years: even though there were far fewer interruptions back in 1990 and 2002, justices O’Connor and Ginsburg were interrupted just under three times more often than the average male justice.

So what exactly do these interruptions look like? Here is an example from the 2015 term, Bank Markazi vs Peterson, a case brought against Iran’s central bank by victims of terrorist attacks:

Justice Ginsburg: Is there – are there any –

Jeffrey A Lamken [on behalf of Bank Markazi]: Pardon?

Justice Kennedy: Suppose there were three unrelated cases. Would the statute pass?

Justice Ginsburg began asking her question first, but justice Kennedy interrupted, and the advocate answered his question. A moment later, Justice Kennedy realised what had happened:

Justice Kennedy: I – I inadvertently interrupted Justice Ginsburg, but in the – in the 19 cases here, you don’t find that principle?

Lamken: No, Your Honour. There aren’t 19 cases here.

Justice Kennedy acknowledged the interruption, yet instead of giving justice Ginsburg the floor, he continued with another question of his own. This is just one example of the numerous times in which male justices interrupt female justices.

Could seniority explain these differences? Senior justices interrupt junior justices more frequently than vice versa, and the difference is statistically significant. But gender is 30 times more powerful in explaining interruptions than seniority. However, the length of a justice’s tenure on the court matters more in one important respect. Time on the court gives women a chance to learn how to avoid being interrupted – by talking more like men.

Early in their tenures, female justices tend to frame questions politely, using prefatory words such as ‘May I ask…’, ‘Can I ask…’, ‘Excuse me’ or beginning with the advocate’s name. The vast majority of interruptions occur at the beginning of a justice’s dialogue, and these polite preliminaries are an opportunity for another justice to jump in before the justice gets to the substance of her question. We found that women gradually learn to set aside such politeness. All four women who have served on the court show clear downward trends in their use of polite phrasing. Almost all the men enter the court using low levels of such polite language.

These findings have implications beyond the court, for broader society. If gender dynamics are robust enough to persist even in the face of high levels of power achieved by women, that points to a systematic problem within our society. In the wake of the media attention surrounding our study, both women and men sent us numerous stories of experiencing or witnessing a similar pattern of interruptions in other parts of the legal profession, from probate court to state supreme courts to law-firm partner meetings.

There is much reason to feel disheartened and disappointed by both our empirical evidence and the anecdotes shared with us. But there are ways to combat this issue. First, on an institutional level, there could be better enforcement by the chief justice by preventing an interrupter – even an interrupting justice – from continuing with his question and directing the advocate back to the interruptee. The chief justice could also enforce the existing rule that prohibits advocates from interrupting the justices, which would set an example for the advocates, the justices, and the public who watch or listen to the arguments. Second, on a societal level, raising awareness is essential. Men need to recognise that this occurs in order to change their behaviour, while women need to fight it or adapt. Therefore, research like ours has the potential to open the eyes of the justices, others in the legal profession, and society at large to this subtle but pervasive form of gender bias.

Tonja Jacobi is a professor of law and Dylan Schweers is a JD candidate at Northwestern Pritzker School of Law in Chicago.