“This bridge is being constructed in areas that have been under illegal occupation by China for around 60 years now," MEA spokesperson Arindam Bagchi said. 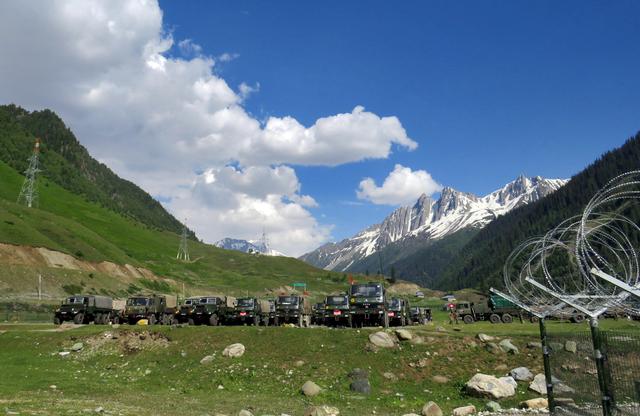 New Delhi: India on Thursday stated that it was monitoring the construction of a bridge by China on Pangong Tso, even as New Delhi asserted that the Chinese embassy’s letter to Indian lawmakers for attending a pro-Tibet meeting was “inappropriate”.

PTI had reported earlier this week, citing unnamed officials, that a new satellite image showed China building a bridge on its side of the Pangong lake in eastern Ladakh.

This was confirmed at the weekly briefing of the Ministry of External Affairs (MEA) three days later. “As regards reports about a bridge being made by the Chinese side on Pangong lake, the government has been monitoring this activity closely,” said MEA spokesperson Arindam Bagchi.

He further indicated that the under-construction bridge’s location is on the Chinese side of the disputed Line of Actual Control (LAC). “This bridge is being constructed in areas that have been under illegal occupation by China for around 60 years now. As you are well aware, India has never accepted such illegal occupation”.

India and China are still in the midst of a military stand-off in eastern Ladakh, which began in May 2020. Pangong Lake was one of the friction points where the two sides had clashed and disengaged after talks. But, there were also several other locations on the LAC where the two armies were standing eyeball-to-eyeball in Ladakh.

He asserted that the government has been “taking all necessary steps to ensure that our security interests are fully protected”, including beefing up border infrastructure.

“Calling Tuting as “DouDeng” or River Siyom as “XiYueMu” or even Kibithu as “Daba” does not alter the fact that Arunachal Pradesh has always been and will always remain an inalienable part of India,” said the MEA spokesperson.

He added that India hoped that “instead of engaging in such antics, China will work constructively with us to resolve the outstanding friction points in areas along the Western Sector of the LAC in India-China border areas”.

Meanwhile, a week after the Chinese embassy wrote a cautionary letter to Indian lawmakers who attended with Tibetan lawmakers, India responded that China should not hype “normal activities” by MPs and that the substance and tone of the letter was “inappropriate”.

Last week, the Chinese embassy had sent a letter to Indian participants of a meeting organised on December 22 to mark the “successful” revival of the All-Party Indian Parliamentary Forum for Tibet (APIPFT) that had been defunct for several years. The Indian lawmakers, including minister of state for electronics and information technology, Rajeev Chandrashekhar, had met with the Tibetan parliament-in-exile Khenpo Sonam Tenphel and other Tibetan lawmakers.

“I have noticed that you have attended an activity held by the so-called “All-Party Indian Parliamentary Forum for Tibet” and interacted with some members of so-called “Tibetan Parliament in Exile”. I would like to express our concern on that,” Chinese embassy’s political counsellor Zhou Yongsheng wrote in the letter, first reported by The Indian Express.

In an answer to a media query, Bagchi asserted that the “substance, tone and tenor of the letter are inappropriate”. “Chinese side should note that India is a vibrant democracy and Hon’ble MPs, as representatives of the people, undertake activities as per their views and beliefs,” he said.

He also said that China should “refrain from hyping normal activities by Hon’ble MPs and complicate further the situation in our bilateral relations”.