Over the last decades, simply accusing someone of ‘blasphemy’ has proved enough to trigger a vigilante death sentence. Obviously, Pakistan has not got to this situation overnight. 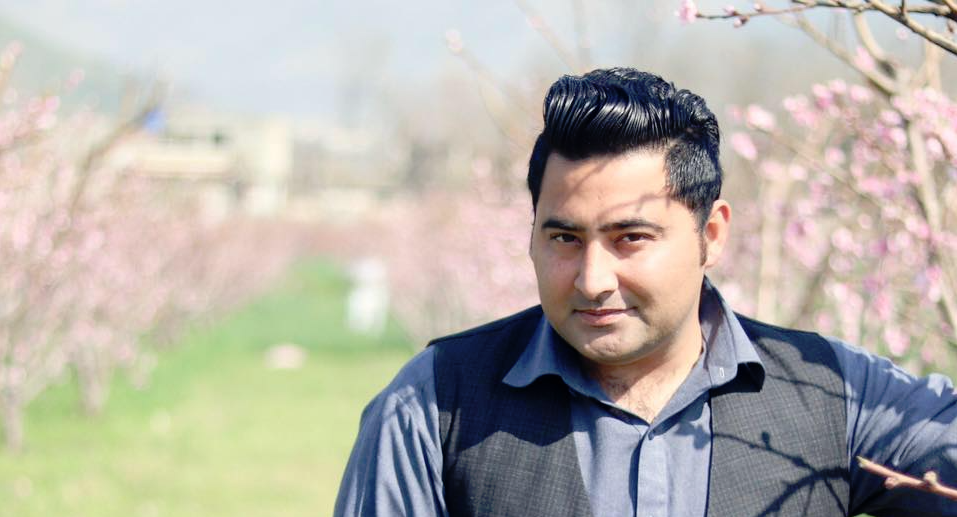 In today’s age of instant news and social media, reports of university student Mohammad Mashal Khan’s death on the morning of April 13 would not have been broken gently to his family.

Nor will they be spared the graphic videos and photos of their son’s horrific death at the public Wali Khan University in Mardan, the second largest city in Khyber Pakhtunkhwa province, an hour’s drive from Mashal’s home in neighbouring Swabi district.

The mob dragged Mashal, a journalism student, out of his hostel room. They stripped, beat and clubbed him, then shot him. Videos circulating online show young men, some carrying backpacks, kicking and throwing stones at his near-naked, bloodied, lifeless body.

They also attacked another mass communications student, Abdullah, who had hidden in the chairman’s washroom. The mob smashed the office and beat the boy even as he recited verses from the Holy Quran to prove his faith. Police who reached the scene managed to rescue him and get him to a nearby hospital.

After the police rescued Abdullah, the mob hunted down Mashal.

Rumours had started circulating on the morning of April 13 about Mashal’s alleged ‘gustakhi’ – literally disrespect, but in the context of Pakistan, blasphemy. Concerned, some of his teachers had driven him away from campus to another location, but Mashal returned to his hostel, saying, “I have done nothing wrong, why should I hide?”

When the mob came for him, he stood no chance. The police too said they were helpless. Hopelessly outnumbered and inadequately trained, the best they could do for Mashal was to prevent the mob from burning his battered body, which they took away even as dozens of charged young men demanded it back.

This violence – for which there is no justification morally, legally or religiously – falls into a familiar pattern. It starts with rumours that the person has committed some kind of blasphemy. A mob is gathered and incited to attack the accused. While there have been several such instances in the past, this is the first time that students at a university campus have succumbed to the ‘poison in the body politic‘ that Pakistan has been witnessing for some time.

In this case, rumours had begun circulating that Mashal and his friend Abdullah were “promoting the Ahmadi faith on Facebook”.

Even if this was the case – for which there is no evidence – it is not a crime punishable by death in Pakistan. It is, however, a criminal offence to commit violence against anyone, regardless of the crime or transgression they are accused of.

Over the last decades, simply accusing someone of ‘blasphemy’ has proved enough to trigger a vigilante death sentence. Obviously, Pakistan has not got to this situation overnight. A critical point in this path was the 1974 constitutional amendment that officially declared the Ahmadi community to be non-Muslim. Ten years later, General Zia ul-Haq’s military dictatorship made it a criminal offence for Ahmadis to practice or propagate their faith as Muslims. He further added sections to the British colonial-era Section 295 of the Pakistan Penal Code, expanding on the earlier ‘injury to religious sentiment’ offence with its milder sentence.

These amendments, which form what are termed as Pakistan’s ‘blasphemy laws’, include 295-C, which made any insult to Prophet Mohammad punishable by life imprisonment or death. In 1991, the option of life imprisonment lapsed and death became the only option for 295-C convictions.

Pakistan’s first ‘blasphemy murder’ took place shortly afterwards at the hands of a young activist of the Anjuman-e-Sipah-e-Sahaba (later changed to Sipah-e-Sahaba Pakistan or SSP, which has been banned for some years now). The victim was a Christian poet and schoolteacher named Naimat Ahmar in Faisalabad (formerly Lyallpur), stabbed outside the education office.

The pattern that emerged with Ahmar’s murder 25 years ago still prevails. Rumours are started about an alleged ‘gustakhi’. The accusers don’t even need to spell out what the gustakhi was.

Since then, the SSP and its off-shoots have meticulously followed up any whiff of controversy around such issues, with an alliance of hundreds of lawyers on hand to follow up the cases.

While the state has yet to execute anyone convicted under 295-C – most cases are dismissed on appeal – more than 60 persons have been murdered, including inside prisons, after being accused of blasphemy or even simply “disrespect” to Islam.

It is no longer necessary for a case to be registered, as evident in the murder of the most famous of these victims, Punjab governor Salmaan Taseer, who was shot to death by his official bodyguard in January 2011. No case had been registered against the Mardan University students either, whose only crime seems to have been holding secular, progressive views.

Islam does not prescribe death for blasphemy, as the young scholar Arafat Mazhar has proved through painstaking research. On the other hand, Pakistani law provides for punishment in cases of false accusations.

However, rarely is anyone punished either for false accusations or for taking the law into their own hands. The execution of Taseer’s killer Mumtaz Qadri last year was an exception. And the religious right seized upon the opportunity to glorify him as a martyr to Islam. The government allowed the building of a shrine in Islamabad at his grave, highlighting how the dangerous narrative is perpetuated.

Clearly, reasoning and facts are inadequate to counter the prevailing dominant narrative, where just accusing someone of gustakhi is considered evidence of their guilt. This narrative has become a convenient tool to muzzle progressive voices who challenge the dominant hegemonic narrative in Pakistan.

From all accounts, including his posts on social media, young Mashal was someone who upheld progressive values, including women’s rights. He was a poet and a thinker, and he questioned the mainstream discourse.

To all the women in Pakistan who are working for change . Dont give up on your dreams . Your bravery and resilience In the face of such adversities is admirable ..

He was “one of the most intelligent students of our department,” a university teacher told Mushtaq Yusufzai, a Peshawar-based reporter with The News who also hails from Mardan.

“He was different from other students. He would raise questions and challenge people,” said another teacher, adding that Mashal was “blunt but inquisitive”. He would not take injustices lying down. When something went wrong, like lack of water or electricity at the hostel, Mashal would not stop at filing a complaint, but persistently follow up.

“I never heard of him saying anything against religion or the state, but he was critical of the present political system,” said a teacher.

It speaks for the prevalent atmosphere of fear that the teachers Yusufzai spoke to didn’t want their names mentioned.

Administrative failure also appears to play a role in this gruesome story, as there was no leadership to cope with the situation that was brewing. The university has been without a full-time vice chancellor for some months, there was no senior official available to handle the matter. The faculty say they have been trying to draw the attention of the ruling Tehreek-e-Insaf to the situation but receiving no response.

“This is the worst intolerance we have observed in Pashtun society,” said Zar Ali Khan Afridi, a human rights defender based in the Federally Administered Tribal Areas adjacent to Khyber Pakhtunkhwa.

When students at an institution meant to impart education can “turn barbarian and so intolerant in a matter of alleged charges of blasphemy,” he said, “then what can we expect from religious seminary students who are imparted such education 24 hours 7 days a week and 365 days a year?”

Afridi points out the dangers of the ‘gustakhi’ narrative that he, like many others, believes is supported by the state and glorified by the media. Indeed, in recent months, the supporters of this narrative have even made such baseless accusations on live television, fanning the flames of intolerance and bigotry.

Defending someone who is accused of ‘gustakhi’ can itself be life-threatening – Taseer was speaking up for Aasia Bibi, the Christian woman on death row for blasphemy, when he was killed. Lawyer Rashid Rehman Khan in Multan was shot dead for defending a young teacher accused of blasphemy.

To their credit, civil society activists in Pakistan are speaking up in public against the brutal murder. Besides voicing their views on social media, some are planning to demonstrate in various cities against it.

Heartbreakingly, nothing will bring back Mashal. “But we can stop other mothers from losing their Mashals,” said Taimur Rahman, a Marxist economist and musician.

Whether this is possible or not, the efforts must continue.