The CPEC may be a bilateral endeavour, but New Delhi cannot ignore its spillover effects on regional governance and regime creation in South Asia.

The Chinese and Pakistani flags fly on a sign along a road towards Gwadar, Pakistan January 26, 2016. Credit: Reuters/Syed Raza Hassan 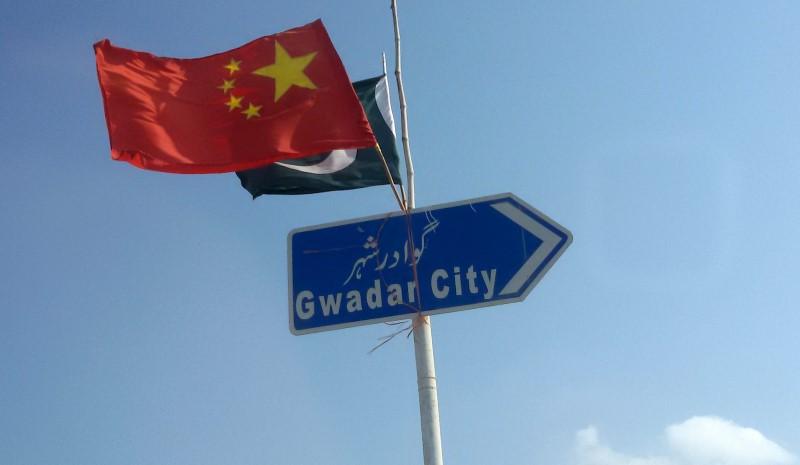 The Chinese and Pakistani flags fly on a sign along a road towards Gwadar, Pakistan January 26, 2016. Credit: Reuters/Syed Raza Hassan

Beyond sketching out the broad considerations, India’s foreign policy planners are yet to study the impact of the China-Pakistan Economic Corridor (CPEC) on South Asia’s politics.

Views in New Delhi to the CPEC could be divided into two groups: the first believes the CPEC serves China’s singular agenda of extending its strategic footprint to Gwadar and beyond, and freeing the country of the Malacca Strait chokehold that currently serves as the lifeline for Beijing’s global commerce. Another section believes, with good reason, that many CPEC projects are simply not viable enough to sustain the interest of Chinese investors in the long run.

Either outcome may materialise, but the CPEC is an important enough project whose economic and strategic consequences require methodical assessment. Three aspects of the CPEC in particular stand out as relevant questions for India to consider:

The CPEC may be a bilateral endeavour, but New Delhi cannot ignore its spillover effects on regional governance. The inequities in the China-Pakistan relationship and the nature of proposed Chinese investment in the CPEC merit a comparison with the Marshall Plan, the most successful foreign assistance project of the 20th century.

Analysts in India and Pakistan have expressed bewilderment at Pakistan borrowing from Chinese banks to pay for Chinese projects in the corridor, but Beijing is simply taking a leaf out of the US playbook. The Marshall Plan – known formally as the European Recovery Plan — involved the US extending lines of credit and assistance for Western European economies ravaged by the Second World War. Credited with restoring stability in Europe, one needs to look no further than the then US under secretary of state Dean Acheson’s words to gauge the real goals of the Marshall Plan. In May 1947, Acheson laid out the objectives of the recovery project in a speech at Cleveland:

How are foreigners going to get the US dollars necessary to cover this huge difference? [This is one] of the most important questions in international relations today.”

In 1947, the US needed to finance and create captive markets that would continue buying American goods while offering their own services (cheap labour, highly skilled professionals) to the US in return. China today is looking to move its assembly lines outside the country, create cheaper supply chains and limit its economic externalities (such as environmental pollution) at home. Then, as is the case today with the 2008 recession, the global economy had slowed down after two devastating wars. The US, like China, was facing an export glut.

In many Marshall Plan projects, moreover, the strategic interests of the US government were at odds with that of its private sector. The case of oil is illustrative. Soon after the Second World War, oil prices shot through the roof. With Russian influence over Eastern Europe limiting their access to energy resources, Western European countries turned to the US for help. The US government, which saw the Marshall Plan as critical to staving off communism in the continent, sought to ensure Europe’s access to oil at low prices. US oil companies, which controlled the lion’s share of global oil supply, strongly resisted this move but eventually gave in to many of their government’s demands.

In that case, the situation worked itself out since recipients of Marshall Plan aid used US dollars to buy US oil-refining equipment, with an eye on cheaper crude oil. But the episode highlights the important lesson that financial viability – often used to dismiss the China Pakistan Economic Corridor – is not necessarily the sole determinant of the CPEC’s future. Beijing’s strategic relationship with Islamabad, and its continuing quest to underwrite strategic parity between India and Pakistan in South Asia, will certainly contribute to the CPEC’s longevity.

But what of the unintended or spillover consequences of the CPEC on security in South Asia? Here too, the Marshall Plan is instructive. Two years after the Economic Recovery Plan was formally announced by secretary of state George Marshall during his 1947 commencement address at Harvard, the North Atlantic Treaty Organisation (NATO) came into effect. The trans-Atlantic military alliance had been in the making for a while and the Marshall Plan by itself did not contribute to NATO’s creation. But the plan freed up European coffers for rearmament and militarisation, acting as an “indirect economic subsidy”. In fact, US President Harry Truman then expressly linked military support to Europe and the Marshall Plan, adopting a no-questions-asked policy to recipient NATO countries, who could then channel national budgets for defence spending.

The lines blurred between the Marshall Plan and the strategic environment in which it operated. If the CPEC’s future will be determined by China-Pakistan ties, Indian policy planners should also be wary of the corridor’s impact on the bilateral relationship. If China begins to guarantee the security of major projects along the corridor, would that free up Pakistan’s budget and resources to target defence spending elsewhere? Support from Iran and Afghanistan would be indispensable to the CPEC’s stability – will Beijing create an informal, four-way grouping aimed at securing CPEC currently, but aimed at adopting a bigger role in the years to come? New Delhi has just not visualised the regional impact of the CPEC, wishing it away as a bilateral enterprise. In cash-starved South and West Asia, the economic corridor will be closely tailed by smaller countries to see if similar projects can be replicated elsewhere.

China, US and Pakistan

Will the CPEC grow into a large enough project to invite the US’s attention? If so, what will be the consequences for South Asia? Historians generally agree that the Marshall Plan and NATO directly contributed to the Cold War, triggering a series of alliances and counter-alliances across the globe led by the US and Russia. During this process, smaller countries often played off the major powers against each other, using their insecurities to buy weapons and aid. No doubt, the US is keeping a close watch on the China-Pakistan Economic Corridor. But before Washington D.C. gets involved in the CPEC debate, New Delhi should modulate its entry. India and the US should begin serious conversations on the CPEC and its role as a force multiplier for China’s strategic footprint in South Asia. Pakistan is unlikely to play the US off against China – its relations with both countries have evolved somewhat independently after US President Richard Nixon’s 1972 visit to Beijing – but the Trump administration may yet be convinced of stronger ties with Islamabad to ward off pervasive Chinese influence.

And finally, India should observe the potential impact that the CPEC may have on regime creation in Asia. If China is unencumbered by financial viability – at least in the short and medium term – many countries will perceive Beijing to be more interested in strategic ties than purely economic arrangements. To attract ‘quick and dirty’ investment, therefore, autocratic regimes in Asia will invite strategic linkages with China. Indeed, the newly announced Shanghai Cooperation Organisation Bank is a sign that China itself seems to be convinced of the interdependence between military and economic regimes. This churning in economic and strategic architectures in Asia is a natural consequence of China’s rise and the US’s withdrawal from the region, but CPEC will be a litmus test to see whether Beijing can balance both.

India, therefore, cannot sustain its single-minded strategy of isolating Pakistan when it has clearly not had the desired effect on China and other regional players. For now, the CPEC seems to be on course for completing some of its milestones, and India would be ill-advised to rely on the false comfort that profits alone will drive China’s business with Pakistan. Understanding the CPEC’s regional impact and mitigating its negative effects will require a comprehensive strategy from New Delhi that goes beyond the India-Pakistan narrative.