After Fire at SBI and Anti-India Protests, Maldives Beefs up Security for Indian High Commission

The government handed over the security of the diplomatic premises from the police to Maldives National Defence Forces.

New Delhi: After a major fire damaged the office of the State Bank of India and opposition parties held a major rally through the streets of the capital against Indian development projects, the Maldives government on Saturday upgraded the security of the Indian high commission in Malé by handing over the perimeter to Maldivian defence forces.

Indian sources confirmed that Maldives had handed over the security of the diplomatic premises from the police to Maldives National Defence Forces. This is the first time that armed security personnel will be guarding the Indian diplomatic mission, since Maldivian police had been unarmed.

It is learnt that the Maldives government had increased the security on their own. There had been no request from the Indian side.

Sources stated that the Maldivian government had beefed up the security following a massive fire at a high rise building, half of whose floors are occupied by State Bank of India on Friday night. “We don’t know yet if it was an accident or sabotage. The police investigation is going on, but the government thought it prudent to increase security for Indian diplomatic assets,” a senior Indian official told The Wire.

In a statement, SBI Maldives, which is one of the biggest banks in the Indian ocean nation, stated that there was “substantial damage” in all the five floors that housed its offices. However, the bank announced that it would resume banking services on Sunday.

Besides the fire, the threat perception to the Indian high commission had also increased due to a high-voltage rally by the opposition on the same day, sources stated.

Earlier on Friday, the opposition coalition of Progressive Party of Maldives and People’s National Congress held a number of rallies across the nation to protest the so-called “selling off Maldives” to India.

In the capital, around 350 motorcyclists came out onto the streets with banners and flags, which was a major show of strength by the opposition in the small nation. The opposition demonstrations were also demanding the release of former President Abdula Yameen, who is currently in jail on money-laundering charges.

“Most of these motorcyclists were part of the gangs who had been patronised by the previous regime. So if anti-social elements are on back on the streets, increasing security of Indian assets becomes vital,” added diplomatic sources. 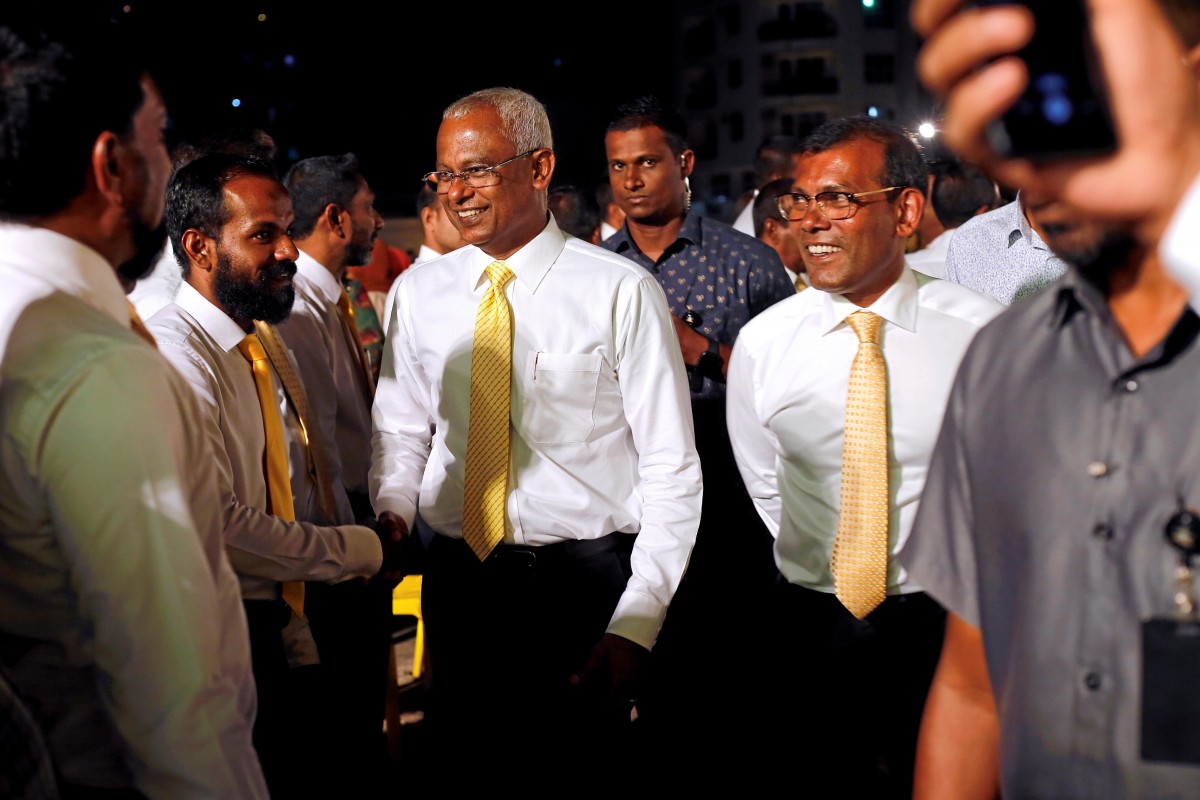 Maldives foreign ministry sources added that the motorcycle rally was being held in “direct contravention of the guidelines put in place by the Health Protection Authority, given the community spread of COVID-19 in the capital city”.

They asserted that security measures that have been instituted “are part of a routine security exercise in the Greater Male Region”.

The trigger for the Maldivian opposition protests, as per sources, was the slew of announcements made by the Indian external affairs minister S. Jaishankar, which included funding for the largest infrastructure project in the Maldives.

During a video conference with his Maldivian counterpart, Jaishankar had announced that India would fund the Greater Malé Connectivity Project that could potentially overshadow China’s Sinamale bridge that cost over $200 million. He also added that India would give another USD 400 million line of credit, appending to the USD 800 million soft loan already being used to finance high impact projects in the Maldives.

Sources claimed the opposition was trying to corner the Ibrahim Solih government on its ties with India as New Delhi has been able to deliver on many of the projects that the president had requested after his election victory. “The opposition had assumed that the projects would get delayed and they will be able to cache onto the dissatisfaction over it”.

Highlighting the strengthened partnership with India under President Solih and his close ties with Indian PM Narendra Modi, sources in the Maldivian foreign ministry added that both countries are committee to “delivering results”. The number of development projects being undertaken with Indian financial support are progressing at excellent speed and will soon deliver their intended benefits to the people of the Maldives,” they said.

Also read: A Visual Guide to the External Affairs Ministry’s Share of the Budget 2020 Pie

With an ultra-nationalist, Islamist platform and accusing the government of “selling” to India, the opposition is hoping to see a recap of the events that led to the fall of Mohamed Nasheed-led MDP government in 2012. Nasheed’s forcible resignation had been preceded by months of anti-GMR and anti-India protests by the opposition parties, which snowballed into a mutiny by security agencies in February.

However, sources asserted that the likelihood of the opposition’s current anti-India protests being similarly successful was unlikely due to the leadership. “Solih is a very seasoned, solid person. He is not going to take any impetuous steps unlike Nasheed, who was a maverick,” they stressed.