Lebanon's Scapegoating of Refugees Did Not Start With Syrians, but With Palestinians

'The deplorable living conditions of Palestinian refugees in Lebanon after 1990 are a direct consequence of their use as scapegoats for the country's civil war.' 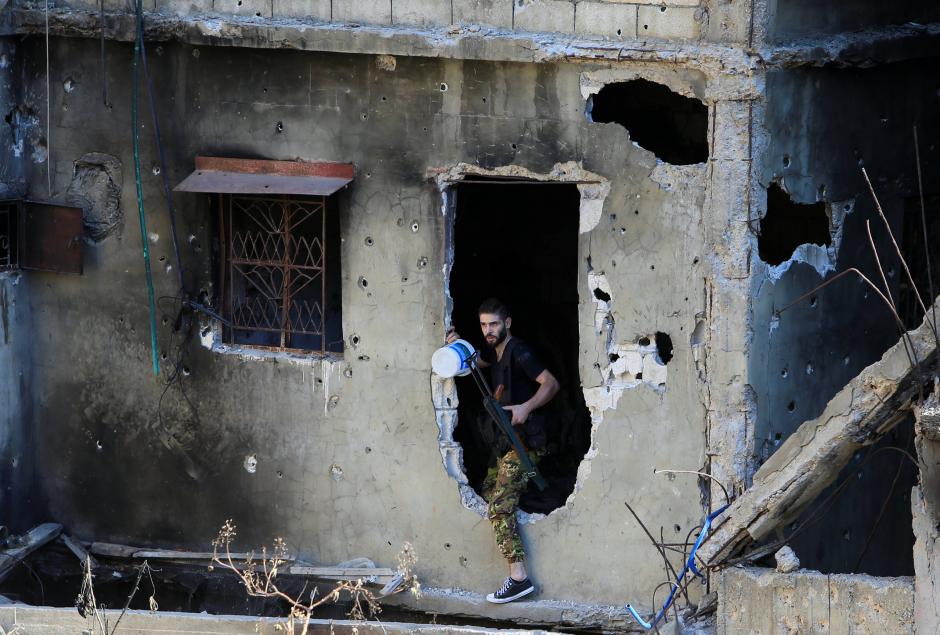 A Palestinian Fatah fighter walks through a hole in a wall inside the Ain el-Hilweh refugee camp near Sidon, southern Lebanon, August 23, 2017. REUTERS/Ali Hashisho 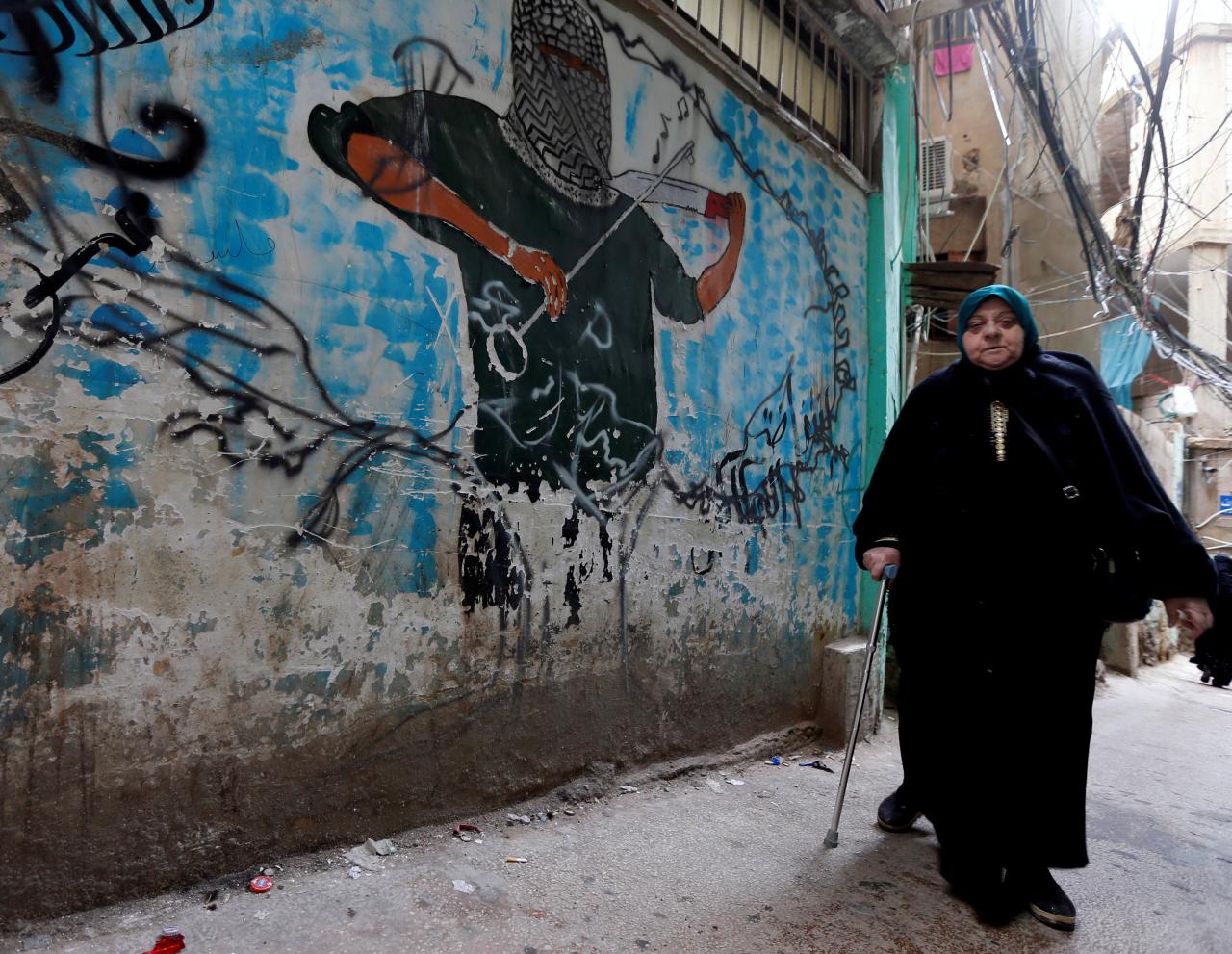 Ever since violence erupted in Syria following the 2011 revolution, neighboring Lebanon has become (alongside Turkey and Jordan) the primary country of destination for Syrians desperate enough to flee their homes. As such, there are about 1 million registered Syrian refugees in Lebanon as of 2018 (although the actual number is larger).

They haven’t always been welcomed with open arms. These refugees soon found themselves scapegoated by the media and by politicians and religious figures for Lebanon’s problems, which pre-date their arrival.

This has followed a pattern that is familiar to another group of refugees in Lebanon: Palestinians, who are often unfairly blamed for Lebanon’s 15-year-long civil war, between 1975 and 1990, or treated as demographic threats.

Lebanon has hosted Palestinian refugees since 1948, the year of the Nakba (“Catastrophe” in Arabic) when hundreds of thousands of Palestinians fled or were forced out of their homes by Zionist militias as the state of Israel was created. In 1948, to quote Palestinian academic Rashid Khalidi, “half of Palestine’s… Arabs were uprooted from their homes and became refugees”.

Seventy years later, the basic rights of Palestinian refugees in Lebanon are curtailed in a number of ways. And according to the United Nations’ relief and works agency, more than half live in camps, where poverty is common and housing conditions are poor.

This, wrote Lebanese researcher Bassam Khawaja in 2011, is no accident. Reflecting a popular sentiment, Palestinian journalist Yasser Ali believes that the government wants “Palestinians to give up, despair and emigrate. That’s the main goal.”

As mentioned in part one of this series, an Instagram photo uploaded by Lebanese Foreign Minister (and the president’s son-in-law) Gebran Bassil in August 2017 captures this attitude toward Palestinian refugees in relation to the influx of Syrians. The photo shows Ain al-Hilweh Palestinian Refugee Camp in the south of the country in the 1960s; the caption reads, “Do not accept [refugee] camps [for Syrians], oh Lebanese” followed by the hashtag “So that the country remains ours.”

The photo taken of the Ain Al-Hilweh Palestinian Refugee Camp was not long before the start of the Lebanese civil war. If various social, political and religious issues plaguing the country were the fuse, one event, sometimes euphemistically referred to as the “Ain el-Rammaneh incident,” is widely seen as the spark.

Thereafter, subsequent waves of violence would then engulf the country and lead to a war involving multiple armed groups comprising Lebanese and non-Lebanese (notably Palestinians), as well as invasions and occupations by both Israel and Syria which, while different in nature, lasted until 2000 and 2005 respectively.

But that is significantly simplifying the situation. If there is one thing that can be said about the Lebanese civil war, it is that it cannot be explained by simplistic narratives as the shift of loyalties often defied sectarian, ethnic or ideological rationales.

To give one example: The primary adversary of the Maronite Christian warlord and current President Michel Aoun was another Maronite warlord, Samir Geagea, the current head of the Lebanese Forces party. So violent was the rivalry between them towards the end of the civil war that it was referred to as “the war of elimination.”

Palestinian armed factions, collectively becoming the Palestine Liberation Organization (PLO), were driven out of Jordan following ‘Black September‘ in 1970, the conflict between the Jordanian Armed Forces and the PLO. Jordan allowed the Fedayeen, as they are called in Arabic, to make their way to Lebanon via Syria. This was facilitated by the 1969 Cairo Agreement between Yasser Arafat, chairman of the PLO at the time, and the Lebanese army commander General Emile Bustani, an agreement which was brokered by Egypt’s Nasser. (The agreement was declared null and void in 1987 by the Lebanese parliament).

Under the agreement, the PLO would be allowed to operate in the south of Lebanon against Israel and control over the 16 Palestinian refugee camps in Lebanon passed from the Lebanese Armed Forces to the Palestinian Armed Struggle Command.

This in turn came two years after the 1967 war between Israel and a number of Arab states (notably Egypt, Syria and Jordan), which ended in an Israeli victory and lead to the occupation of the Palestinian East Jerusalem, West Bank and Gaza as well as the Syrian Golan Heights, a reality which continues to this day. The violence would result in about 250,000 Palestinians fleeing to neighbouring Jordan and, to a lesser extent, Egypt, in addition to between 80,000 and 100,000 Syrians fleeing the Golan Heights. Many of the 1967 Palestinian refugees were already refugees from 1948.

To get back to Lebanon, by 1975 tensions had risen between the PLO and the Phalangists until the so-called ‘spark’. For a simplified version of a timeline of events before and after 1975 and until 2009, the following is a list provided by Sami Hermez in his book ‘War is Coming: Between Past and Future Violence in Lebanon. As with any list attempting to list key events in a country, it cannot go through them all. One event missing, important for our purposes, is the expulsion of the PLO from Lebanonfollowing the Israeli invasion in 1982.

In post-1990 Lebanon, however, the complexities of wars are often ignored and the narrative that “the Palestinians collectively started the war” never went away. No distinction is made between armed factions and civilians either.

When Lebanon’s civil war ended, the warlords who had engulfed the country in a 15-year conflict found themselves in government. Some have been in power since the 1990s, while others came back to the political scene later on.

With a lot of incentives to turn the attention away from their roles in the war and towards something else, Palestinians found themselves an all-too-easy target. As Khawaja wrote:

“The [Palestinian] refugee presence provided a common enemy that sewed as a crucial unifying factor in postwar Lebanon.”

The influx of Syrians have thrust this tendency once again in the spotlight. For example, a few years ago Lebanese member of parliament Nayla Tueni wrote in her family’s newspaper An-Nahar that Palestinian-Syrians (Palestinian refugees in Syria) seeking refugee from the Syrian war in Lebanon:

“…will lead us to find ourselves facing a new reality, and new settlers, and a new burden, returning to our memories of the Palestinian nightmare in Lebanon [in the 1970s].” 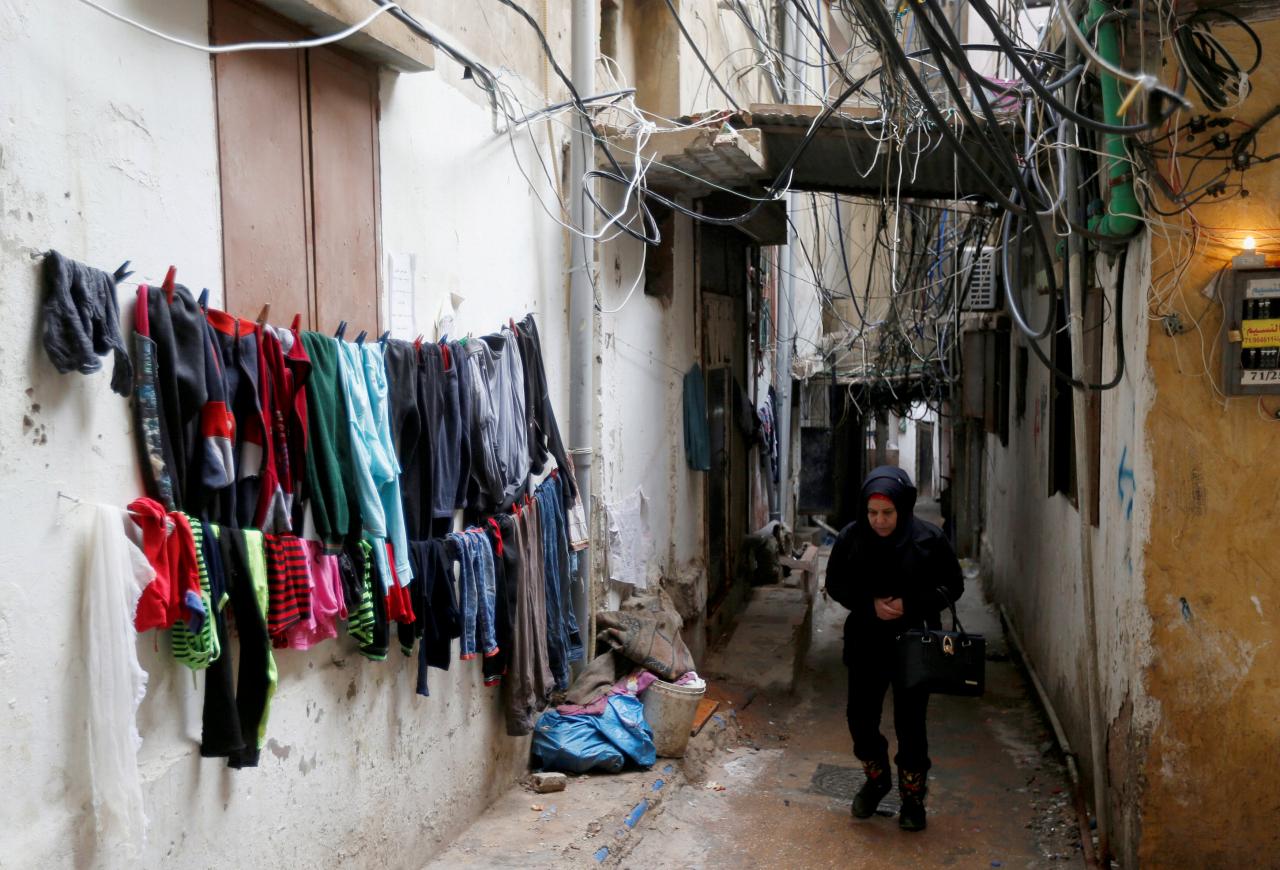 Another way Palestinians are trotted out as a boogeyman has to do with demographics.

The Palestinian population is widely accepted as standing at 450,000, often rounded up to 5,00,000. This figure, however, was recently debunked following a census by the government’s Lebanese Palestinian Dialogue Committee, which revealed that there are 174,422 Palestinian refugees in Lebanon.

But since 1990 in particular, the 500,000 number has been used by Lebanese politicians and religious figures seeking to stir up xenophobic sentiment to prevent any discussion on the rights of Palestinians in the country.

The widespread politicization of Palestinian refugees could best be summed up by a 2014 interview with the head of the Maronite Church, Boutros Al-Rahi, in which he said:

Echoing a common trend in Israeli politics, that of viewing Palestinians as demographic threats, Gebran Bassil even said in 2012, “When we say we do not want displaced Syrians and Palestinians, it is because they want to take our place.”

Given that most Palestinian refugees are Sunni Muslim, the idea of giving them basic rights is often publicly avoided or outright opposed on the ground that it would disturb the balance between the country’s sects.

Lebanon has what’s known as a confessionalist system (better known as sectarianism) that distributes power based on religion: the president has to be a Maronite Christian, the speaker of parliament has to be a Shia Muslim, and the prime minister has to be a Sunni Muslim. Each sect also has a number of seats allocated in the parliament. AJ+ has a good video explainer of how this works below:

To supporters of this system, it allows the country’s three most populous sects to feel represented. The country itself is estimated to be roughly 27% Sunni, 27% Shia, 40% Christian (of which half are Maronites) and 6% Druze, in addition to a small number of Jews and other religious groups.

One important factor to remember is that the aforementioned numbers are not taken from any official state census as there hasn’t been one since 1932. And in the absence of formal numbers, perceived ones can be (and often are) politicised.

For example, a sectarian interpretation of Prime Minister Saad Hariri, a Sunni, being a patron of the Lebanese Palestinian Dialogue Committee would be that, as a Sunni, he wants Palestinians to become citizens as it would benefit Sunni politicians at the expense of Shia and Christians.

This has contributed over the years to popular resistance to the integration of Palestinian refugees into Lebanese society, whether via naturalisation or via increased rights. But it doesn’t mean that no Palestinian was ever naturalised. Whereas no official numbers are available, it is estimated that around 60,000 Palestinians were made Lebanese citizens as of 1996.

(Disclaimer: The grandfather of one of the authors, benefiting from the relative ease for Palestinian Christians to be naturalised, is among those naturalised in the 1950s)

But naturalisation was, perhaps unsurprisingly, painted with the language of sectarianism. To give an example, below is an excerpt of a 1996 paper from the US-based Middle East Report:

“In the first round [of naturalisation] in 1994, most were Shi’a from border villages who had Palestinian refugee status; the rest were Sunnis who, for reasons not made public, were naturalised in 1995, perhaps to balance out the Shi’a naturalisation. Maronite protest ensured that the few remaining Palestinian Christians without Lebanese citizenship were then naturalised.”

In other words, whether the topic is naturalization or increased rights, it is the subject of sectarian negotiations rather than considered on the basis of basic human rights.

Joey Ayoub is the MENA Editor at Global Voices as well as a Lebanese researcher currently living in Edinburgh. Elias Abou Jaoude is a Lebanese engineer and activist currently based in Lebanon.

This article was originally published on Global Voices. Read the original article.