Nepal: At Least 31 Killed as Bus Plunges Into River

Road accidents are common in mostly mountainous Nepal, where police say about 1,800 people die in crashes every year. 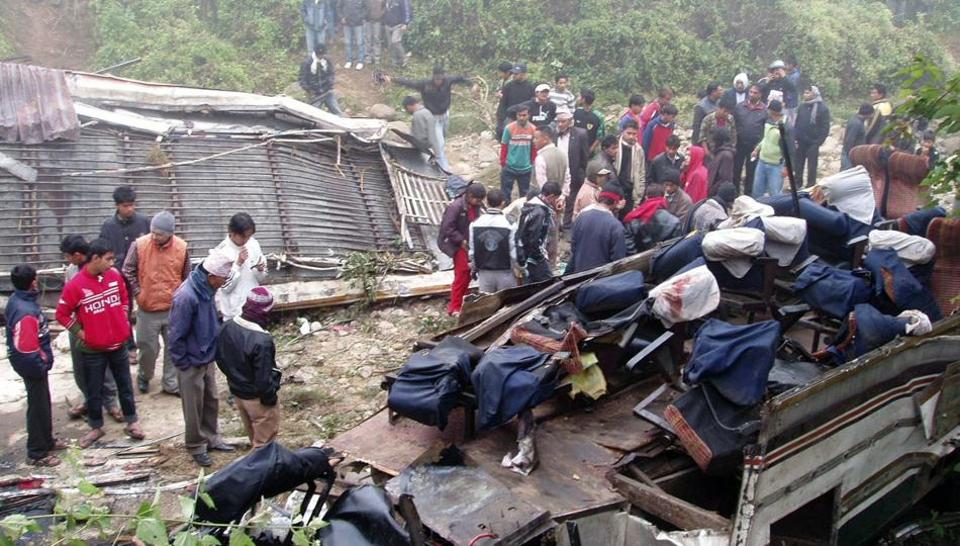 Kathmandu: A bus carrying passengers returning from a Hindu festival to the Nepali capital of Kathmandu skidded off the main highway and plunged into a river on Saturday, killing at least 31 people and leaving others trapped, officials said.

The accident occurred around dawn, around 50 km (30 miles) west of the city on the Prithvi Highway that connects Kathmandu with the southern plains.

“We have recovered 31 bodies and are looking for more,” government official Ram Mani Mishra told Reuters from the scene. “It’s highly unlikely for anyone to survive for so long under water.”

Rescuers on rubber boats and police divers managed to spot the bus hours after the crash and were trying to lift it from water with the help of a crane, Mishra said.

Apart from the deaths, 16 people have been injured, government administrator Shyam Prasad Bhandari said. Two with grave injuries were taken to Kathmandu while the rest were treated at a local hospital, he said.

Police said survivors were thrown out of the bus windows but another 13 people were still believed to be trapped in the bus.

The bus had left Rajbiraj town in the southeastern plains on Friday night.

Road accidents are common in mostly mountainous Nepal, where police say about 1,800 people die in crashes every year. Accidents are also blamed on poorly maintained and crowded vehicles.