The current policies in place aim at cracking down on the human trafficking problem without tackling the integral issues behind it. 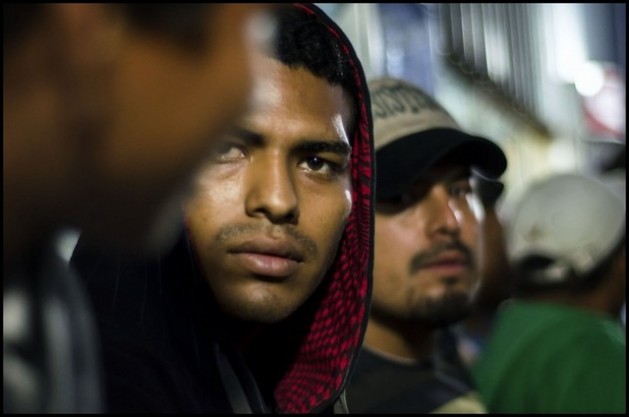 Mexico City: Each year, some three million undocumented immigrants enter the US, half of them with the help of traffickers, as part of a nearly $7-billion business, according to the United Nations Office on Drugs and Crime (UNODC).

Although Mexico is still the main source of migrants to the US, a rise in the flow of migrants from Central America and South America has been seen in the last few decades, and more recently from the Caribbean, Asia and Africa.

Three-quarters of these new migrants cross Mexico and many of them are victims of criminal networks.

Human trafficking is one of the hidden violations of the human rights of hundreds of thousands of people. But, although the smuggling of migrants is a transnational crime, in the countries involved in this phenomenon there are no transnational policies to address the problem.

“The agreements that exist between countries are aimed at cracking down on people to keep them from crossing borders. But there is not one bilateral or trilateral agreement that really seeks to solve the problem in an integral manner,” Martha Sánchez Soler, coordinator of the Mesoamerican Migrant Movement (MMM), said in an interview with IPS.

Every year, the MMM organises a convoy of Central American mothers searching for their missing children in Mexico, which has prompted an effort to build bridges between countries in the region to trace the missing migrants.

“We have reported ‘coyotes’ (people smugglers) a thousand times and they don’t do anything to them because there is no serious intention to stop the problem. Coyotes are good business for governments,” the activist explained.

Human trafficking and people smuggling are crimes that have come into the spotlight in Latin America, and in multilateral bodies, in recent years.

The UN refugee agency (UNHCR) says the phenomenon is fuelled by difficult living conditions in less developed countries, the stiffening of migration policies in industrialised countries, and the fact that it was not previously seen as a structural problem, but as a series of isolated events.

The UN Convention Against Transnational Organised Crime, signed in Palermo, Italy in 2000, was the international community’s response to the rise in human trafficking, considered a modern form of slavery.

The Convention was reinforced by the Protocol Against the Smuggling of Migrants by Land, Sea and Air and the Protocol to Prevent, Suppress and Punish Trafficking in Persons, especially Women and Children.

Although many people confuse human trafficking and people smuggling and use them as synonymous terms, they are related but involve different activities: the objective of trafficking is the exploitation of a human being, it is considered a form of modern slavery, and victims do not necessarily cross borders. Migrants travelling across Mexico on their way to the US replicate the Way of the Cross to symbolise the ordeal experienced by the victims of human trafficking in the region, which generates some seven billion dollars a year in profits. Credit: Ximena Natera/ Pie de Página

Smuggling, on the other hand, is a transnational crime, since it involves the facilitating of the illegal entry of a person to a country for economic benefit; it is often done in dangerous or degrading conditions; the victims give their consent; and it generally ends with the arrival of migrants to their destinations.

However, in Mexico, people smuggling has combined with other forms of crime and many migrants fall victim to trafficking networks for sexual exploitation or forced labour for drug cartels.

According to the UNODC, the smuggling of migrants from Mexico to the US generates nearly seven billion dollars a year in profits, which makes it one of the most lucrative transnational organised crimes, since it is less risky than drug trafficking.

Felipe de la Torre, from the UNODC office in Mexico, said this is a “conservative” figure, in a crime “necessarily linked to corruption, which has proliferated“ up to the highest levels of government and public bodies, not to mention private sectors such as railway companies.

“The routes of migrants began to coincide with those of drug trafficking, making the crossing even more violent…It became a business generating outrageous profits for organised crime, in which many lives are lost and the physical and psychological health of many others is put at risk,” said De la Torre.

Mexican lawyer Ana Lorena Delgadillo, head of the Foundation for Justice and Democratic Rule of Law, told IPS that “the Palermo Convention is the key to these issues; there are more general bilateral agreements, but they focus more on research and on coordination between justice systems.”

She added that “although regulations are in place, there are no real regional policies establishing measures to ensure a comprehensive approach to this phenomenon.”

“When they refer to transnational policies in the US, they mean not letting migrants into the country and pursuing the coyotes. But they are not referring to policies to address the problems surrounding the whole phenomenon, and even less to the victims,” she said.

The particular case of Cuba

An example of this lack of policies has been seen in the case of Cuban migration since 2015. In November that year, the government of Costa Rica dismantled a people smuggling network, which triggered a crisis, with several thousands of migrants stranded in different countries in the region, that closed their borders to the transit of undocumented migrants. Two Cuban migrants rest in a shelter in Costa Rica, when hundreds of them were stranded on their way from Ecuador to the United States, where many fell victim to human smugglers. Credit: Mónica González/Pie de Página

In Cuba, most of the people cheated by human smugglers suffer the consequences in silence. The most dramatic cases, with tragic human losses, are often depicted in national TV series on crime, based on real life stories. This phenomenon has hit Cuba since migration got trapped in the conflict with the United States, in the 1960s.

Migrant smuggling is punished with harsh sentences that include life imprisonment in aggravated cases. But no clear data exists on the human costs.

“The risks are enormous, because you are at the mercy of the mafias. With them, there is no room for any law or human rights,” a Cuban living in the US, told IPS. He said smugglers mainly used to come from the US to pick Cubans up on speedboats, as they defected illegally.

In recent years, migrants have left Cuba legally, heading first to South America or Central America on their dangerous journey to the US, paying smugglers 7,000 to 13,000 dollars per person and often falling prey to violence, extortion and other crimes at the hands of trafficking networks. The journey of at least 7,700 km takes them across as many as eight national borders.

“One of my best friends paid $4,000 o a man who was supposed to arrange her departure from the country. Her family spent the same amount in the US After a year, she had no choice but to admit that she had been swindled. Since it was an illegal operation, she did not file a complaint,” 40-year-old professional Idalmis Guerrero told IPS.

The woman’s story dates back to before the immigration reform implemented in January 2013, which expanded travel rights for Cuban citizens, revoked the requirements of an exit permit and letters of invitation from hosts abroad – cumbersome procedures that drove up the costs and red tape involved in any trip for personal reasons.

However, obtaining a visa for the US or other countries is still difficult.

On January 12, 2017, a week before handing over the presidency to Donald Trump, then President Barack Obama terminated the US Cuban Adjustment Act of 1966, known as the “wet foot, dry foot” policy, which basically guaranteed Cuban immigrants residency one year and one day after they set foot on US soil.

He also eliminated the Cuban Medical Parole programme, which enabled Cuban medical professionals stationed in other countries on international missions to defect and obtain visas to the US.

Although Mexico and Cuba have several agreements for working together against people smuggling, Cubans arrested on their way to the US began to be deported on Jan. 21 after they were denied safe conducts that give foreign nationals 20 days to leave Mexico.