Shyam Saran tells Karan Thapar that the US could well be seeing India as a potential ally and bulwark against China’s ambitions and expansionism. 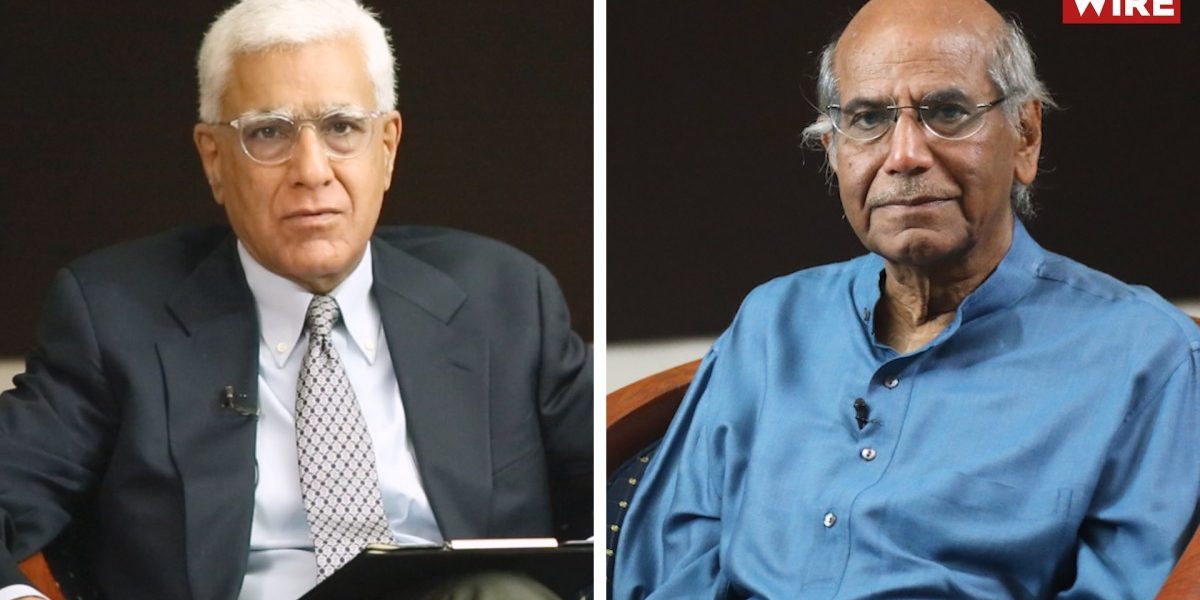 One of India’s former foreign secretaries, who is widely respected and highly regarded for his incisive understanding and analysis of India’s foreign policy and interests, says it seems India is a critical part of President Joseph Biden’s response to the challenge from China.

Shyam Saran says this did not seem to be the case when President Biden addressed the State Department on February 4 and in that speech did not mention India at all. Since then, however, there has been “a possible recalibration” and President Biden’s overt recognition of China as the only country that can economically, diplomatically, militarily and technologically challenge the United States as well as a stable and open international system, has made the US President focus attention on the Indo-Pacific and, within that, India as a potential ally and bulwark against China’s ambitions and expansionism.

In a 43-minute interview to Karan Thapar for The Wire, Saran spoke about three critical relationships – India and the United States, India and China and India and Pakistan.

Elaborating on his belief that India is a critical part of President Biden’s response to the challenge from China, Saran said it’s possible the Biden Administration’s initial focus on Europe has been affected or deflected by the speed with which the European Union negotiated a Free Trade Agreement with China despite US concerns. This might have led the US President to believe the four countries of the QUAD are more reliable and more committed partners in facing the challenge from China. Although he did not say so, this could also explain the QUAD Summit that takes place tomorrow, Friday, March 12.

Speaking to The Wire about the Afghanistan peace conference the US plans to organise under UN auspices, of which India will be a part, Saran said this was to provide cover to Americans as they extricate themselves from Afghanistan. He agreed that India was included in the conference because it had a useful role to play in providing cover rather than in recognition of its centrality in forging a political solution for Afghanistan.

Saran said America’s expressed desire for a “new, inclusive government” in Afghanistan, which presumably will exclude President Ashraf Ghani but include the Taliban, is a cause of concern but India has limited capacity to directly influence political outcomes in that country.

Looking down the road, Saran said America’s and India’s positions are likely to converge and draw closer over the next few years on the issue of handling and responding to the challenge of China. He also said the two have close defence ties which will continue.

Also read: Wanted: A Nuanced Strategy to Engage With China

However, Saran said the revival of the importance of the World Trade Organization could create areas of friction between Washington and Delhi. A second area of friction could be John Kerry’s almost “evangelical” pursuit of climate change concerns. If Kerry pushes to enforce deadlines for reducing carbon emissions that could become an area of difference.

Saran said a third could be American concerns about the treatment of minorities in India, dissent and the media and Kashmir. He did not believe these would be issues the Biden Administration will bring up nor does he believe the Administration will be influenced by critical articles in publications like Time Magazine and The Washington Post.  The pressure, however, could come from the US Congress. And because the Democrats have a slender majority in the House and none in the Senate, this could, in turn, put pressure on the White House.

Asked if this meant India must no longer boycott future House Foreign Relations Committee meetings because Pramila Jayapal, a critic of India’s handling of Kashmir, will be present, Saran laughed and agreed.

Speaking about the reconfirmation of the India-Pakistan ceasefire of 2003, Saran said he hoped this was more than just tactical and could lead to a small step towards engagement. He said the timing of this agreement, which took everyone by surprise, could possibly reflect a nudge from the Biden Administration. A statement issued by Ned Price, the State Department spokesperson, on the February 26 said the US had called for “returning to that 2003 ceasefire agreement”.

Saran also said this ceasefire agreement could reflect India’s realisation over the last year that it cannot permit two hostile fronts to continue and since China is the bigger threat we need to find ways of engaging with Pakistan.

Speaking about Pakistan’s possible motivations for this agreement, Saran said it could reflect a new willingness on the part of the Pakistan army to improve the relationship with India, something Gen. Bajwa’s recent comments about “resolving the long standing issue of Jammu and Kashmir in a dignified and peaceful manner” suggests. However, Saran said there is also a possibility that Pakistan is looking to lessen its dependence on China and CPEC. This reconfirmation of the ceasefire agreement gives Pakistan that additional space.

Also read: Why Is China Reviving Its Plan to Build Dams on the Brahmaputra Now?

In this context, Saran made two further points. First, the omission by the official Indian spokesperson to say talks and terror can’t go together and by Pakistan’s Prime Minister Imran Khan that there can be no talks with India till New Delhi restores Jammu and Kashmir’s lost autonomy is both deliberate and significant. Perhaps more importantly Pakistan is not being raised as an issue by the BJP in the forthcoming state elections. This is very different to the way the Pakistan issue was used for domestic purposes in earlier campaigns. Again, Saran said, this is deliberate. The two together suggest a small possible rethink about Pakistan by the Indian government.

Commenting on the fact two weeks have passed and the reconfirmed ceasefire has been scrupulously observed by both sides, Saran said this could create some opening for taking the process further. Restoration of High Commissioners by both sides could be one possible measure.

Asked how he viewed India-China relations over the next six months or one year, Saran told The Wire that India will be feeling its way towards a new relationship. Furthermore, how India did this would significantly depend upon how China behaved and responded. Of one thing he was certain, there’s no going back to the old relationship i.e. before April 2020. That door is closed.

Saran said both counties needed to re-establish trust but, as far as India is concerned, there’s a far greater onus on China to take the requisite steps to enable India to trust Beijing.