K.P. Oli's Troubles Have Less to Do With India Than He Would Have Nepalis Believe

Even with attention-grabbing moves like the last-minute cancellation of the president's India trip, it is getting increasingly harder for Nepal's prime minister to credibly blame India for his own failures. 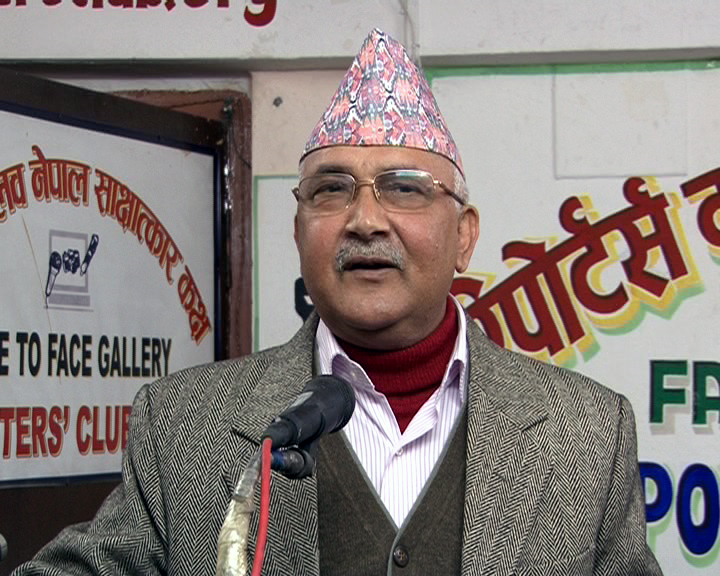 Kathmandu: What a difference 24 hours can make in politics. On May 4, The Unified Communist Party of Nepal – Maoist (UCPN) party led by Pushpa Kamal Dahal ‘Prachanda’ issued a statement saying that it was pulling out of the coalition government in Nepal headed by Prime Minister KP Sharma Oli. The Maoist party, the third largest in the Nepali parliament after Nepali Congress and Oli’s Communist Party of Nepal – Unified Marxist–Leninist (CPN – UML), said that the utility of the Oli government had ended and it would now be looking to form a government under Dahal’s leadership. The Maoist chairman was enthused as the Nepali Congress had committed support for his leadership. With the support of Congress, Dahal would be able to easily marshal a comfortable majority in the 601-member parliament.

But by the morning of May 5, Dahal had completely changed his mind. Instead of bringing a motion of no-confidence against the prime minister, as was planned only a day before, the party now said it would continue to support Oli and allow him to bring the annual budget at the end of May. After that, Dahal would become prime minister of the same communist coalition. The new UML-Maoist agreement also says every effort will be made to expand the coalition into a ‘national consensus government’ and that there will be a renewed push for dialogue on federalism with the protesting Madhesi parties.

The Maoist party’s volte-face represents a huge symbolic victory for Oli. First, it will allow him a more graceful exit, compared to being forced out through a no-confidence motion. Second, he can now claim that he has once again thwarted ‘Indian designs’ to destabilise Nepal. Already, people in Kathmandu are interpreting May 5 developments as another slap on the face of the ‘meddlesome Indians’ – just as Oli would have liked it.

But why did Dahal change course overnight?

One reason is that Oli agreed to the dubious Maoist proposal of a general amnesty for those implicated in war crimes from the decade-long Maoist war. The Maoists were afraid that India was trying to bring senior Maoist leaders to dock for war crimes, presumably for the party’s support for the promulgation of the new ‘discriminatory’ constitution. The fear was justified. India has indeed been pushing for the prosecution of ‘war criminals’ from the conflict era at international forums.

Oli also seems to have convinced Dahal about the popularity of the ‘nationalist’ communist coalition. He has a point. Even as many people are frustrated by Oli’s misrule, they are ready to give him the benefit of doubt because he stood up to India during the four-and-a-half months of the border blockade and continues to do so.

The UML-led government clearly wants to create an impression that the May 4 decision to unseat Oli was also India’s doing. To drive home the point, Prime Minister Oli cancelled the India visit of Nepali President Bidya Devi Bhandari. Nepal’s ambassador to New Delhi, Deep Kumar Upadhyay, who had been appointed by the previous government of Sushil Koirala, was also recalled, supposedly for plotting Oli’s exit. Whatever the underlying motive, these moves smack of desperation. To be fair, his clear anti-India plank made things tough for Oli from the start. No prime minister in Nepal who has openly challenged India has stayed for long. In 2009, Maoist chairman Dahal himself had to vacate office, only nine months into his five-year term as prime minister, after a bitter episode with New Delhi over his untimely firing of the chief of the Nepal Army. His recent U-turn on Oli would have only added to the suspicions of the Indian establishment.

Even in Nepal, Maoist supremo Dahal’s reputation is in tatters. He has made a political career by promising everything to everyone. The reason for the Maoist party’s poor showing in the second constituent assembly elections in 2013 is partly attributed to the recent morphing of Prachanda’s image from an idealistic revolutionary into just another power-hungry Nepali politician. If he becomes prime minister in the future, it will now be difficult for the Congress and other opposition parties to trust him. The UML will also know, after the recent scare, that he is unreliable. But the UML and its chief are also losing credibility at the same time.

While Oli would like ordinary Nepalis to believe that all the recent troubles originate in India, the reality is a little more complicated. One of the main reasons the Congress and Maoists were exploring an alternative was his inability – some would say unwillingness – to take the Madhesi parties into confidence. During the border blockade, Oli had found it convenient to blame everything, even the protests of Madhesi parties, on India. Yes, India did have a big hand in the blockade, but the Madhesi parties also had a role. They were protesting what they felt were discriminatory provisions against the Madhesis in the new constitution. Oli, by trying to portray the Madhesi parties as “Indian stooges”, pushed them further away. This further complicated his relations with India.

Rebuilding the country after earthquake

The other reason both the Congress and the Maoists were forced to think about supplanting Oli was the failure of his government to rebuild the country destroyed by last year’s earthquake. One year after the earthquake of April 25, 2015, most of the 770,000 displaced families continue to live in makeshift tents. People are still struggling and most of the affected have not received any government help.

But it was not just the earthquake victims who were complaining. Pressure was mounting on the Congress and the Maoists to speak up against the Oli government’s misrule. Three months after the end of the border blockade, vehicular and cooking fuel is still in short supply. There is documentary evidence of members of Oli government working in cahoots with black-marketers to create artificial fuel shortages.

Inflation, already in doubt digits, is threatening to get out of hand. People have seen the prices of daily commodities like sugar and salt multiply, almost overnight. But even as common folk were feeling the pinch, Oli seemed solely focused on backing his cronies and stacking vital state organs with party apparatchiks to prolong his stay.

Oli’s overtures to China also did not bring immediate dividends. The Nepali prime minister had earned enormous political capital, particularly among his core constituents up in the hill regions of Nepal, by signing a historic transit treaty with China. Coming hot on the heels of the India-supported blockade, Nepalis saw this as a huge achievement in overcoming Nepal’s near complete dependence on India. Oli also signed a long-term oil deal with China, as well as an agreement to develop all the major road links with Tibet. But here, too, people were disappointed as the agreements with China were taking longer than expected to pan out.

If Oli goes, as he will eventually, there will almost certainly be greater headway in talks with Madhesi parties because they have all along pointed at the UML leader as the main obstacle to meaningful talks. The crisis in Tarai has dragged on for too long. The masses there have been radicalised as they have come to believe that Kathmandu, controlled by hill elites, is simply not bothered about them. Mainstream Madhesi parties are worried that they might lose out to more radical forces. But Kathmandu-based leaders, especially the UML top brass, continue to feign ignorance of ground realities in the Tarai belt.

There is, yet, a glimmer of hope. Even if the perennial shape-shifter in Prachanda comes to power, the Madhesi and Janajati organisations will find it easier to talk to him compared to the divisive figure that Oli is. It is not without significance that the nine-point UML-Maoist agreement also points to the urgent need to settle the Madhesi crisis at the earliest.

Meanwhile, even with attention-grabbing moves like the last-minute cancellation of the president’s India trip, it is getting increasingly harder for Oli to credibly blame India for his own failures.