Israel Wants to Name Station After Trump Near Western Wall

Transport minister Yisrael Katz said on Wednesday he had chosen a proposed subway stop near the Western Wall in Jerusalem's Old City – right in the middle of the area that the Palestinians want as their own future capital. 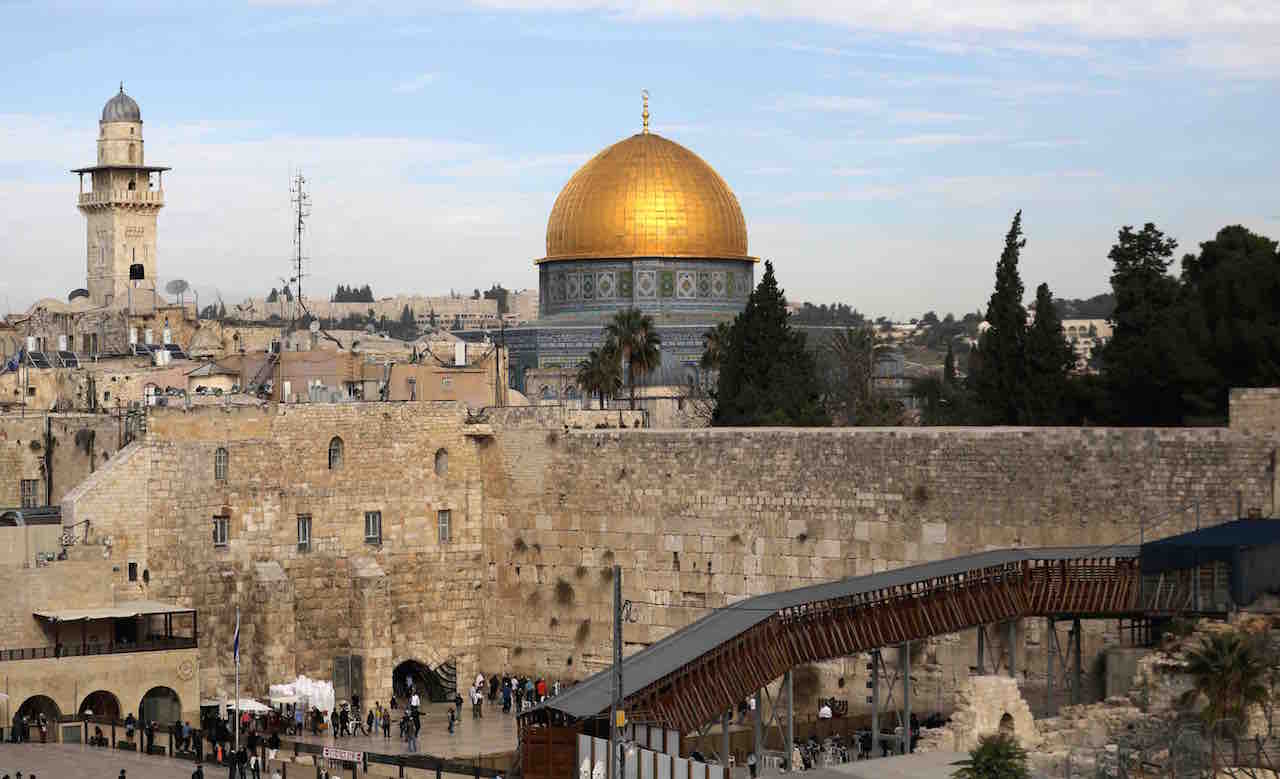 A general view of Jerusalem's Old City shows the Western Wall, Judaism's holiest prayer site, in the foreground as the Dome of the Rock, located on the compound known to Muslims as Noble Sanctuary and to Jews as Temple Mount, is seen in the background December 10, 2017. REUTERS/Ammar Awad

Jerusalem: Israel wants to name a train station after Donald Trump to thank him for recognising Jerusalem as its capital, but the site of the planned building could be as divisive as the US president’s declaration.

Transport minister Yisrael Katz said on Wednesday he had chosen a proposed subway stop near the Western Wall in Jerusalem’s Old City – right in the middle of the area that the Palestinians want as their own future capital.

“I have decided to name the Western Wall station … after US President Donald Trump for his courageous and historic decision to recognise Jerusalem as the capital of the Jewish people and the State of Israel,” Katz said in a statement.

The envisaged underground extension of a high-speed rail link between Tel Aviv and Jerusalem is still on the drawing board and a transport ministry spokeswoman said other departments still needed to approve it.

The announcement was quickly condemned by Palestinian leaders already angered by Trump’s December 6 decision to overturn decades of US policy on the city.

“The Israeli extremist government is trying to race against time to impose facts on the ground in the city of Jerusalem,” Wasel Abu Youssef, a member of the Palestine Liberation Organization’s executive committee, told Reuters.

Trump has said he was simply acknowledged the reality on the ground by recognising Jerusalem as Israel‘s capital – but the Palestinians and most world powers have said he undermined the long-held position that Jerusalem’s status must be settled by future negotiations.

A ministry spokeswoman said the proposed station and underground extension still required the approval of various governmental planning committees, and gave no date for when a final go-ahead might be given. She said she did not know where funds for the estimated $700-million rail add-on would come from.

Israel considers all of Jerusalem its capital. Palestinians want East Jerusalem – among whose shrines is Islam’s third-holiest mosque, Al-Aqsa – as the capital of a state they seek in the occupied West Bank and in the Gaza Strip.