In Iran, Trouble Still Lurks on the Horizon

The Iranian regime may have succeeded at ending the street protests, but it has not been able to put off the fire beneath the ashes. 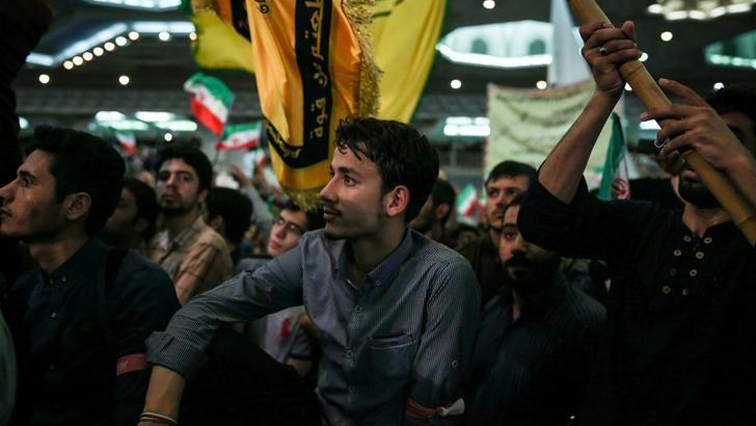 The West continues to be more worried about the Iran nuclear deal rather than the fate of the young protestors who might die in Iranian prisons. Credit: Reuters

Protests that shook Iran a month ago were not just aimed at the economy. They developed into a broader outcry against the Islamic regime. The protests, which began over economic hardships suffered by the young and working class, spread to more than 80 cities and towns and, according to Iranian officials, has resulted in 22 deaths and more than 1,000 arrests. Iranian human rights activists have raised concerns about mass arrests and the death of several detainees in Tehran’s Evin prison.

Local dissent has been a regular and widespread feature in Iran since the 1990s, but the Western media has paid little attention to it. As such, social and political unrest has persisted constantly in Iran despite being dealt with harshly by the Iranian authorities. The reasons behind these protests have always been the same: social, political and environmental mismanagement and rampant inequalities between social classes.

Ironically, the Iranian state is well-equipped in stopping the protests and pushing forward the thermodynamic of repression, but it seems to be handicapped in confronting the social and economic causes of discontent, such as corruption, control over large segments of the budget reserved for organisations controlled by the Supreme Leader Ayatollah Khamenei, relieving the Iranian economy from the effects of sanctions and low oil prices and limiting the power of Iranian Revolutionary Guards on Iranian economy and politics.

While the Joint Comprehensive Plan of Action (JCPOA), signed by all five United Nations Security Council (UNSC) members and Germany in 2015, allowed the lifting of international sanctions on Iran in exchange for compliance with restrictions on its nuclear programme, US President Donald Trump continues to express contempt for the agreement, calling for more sanctions on the Islamic Republic particularly for its ballistic missile programme and human rights abuses, which were not part of the JCPOA. Trump announced on January 12 that if Congress and the deal’s European signatories did not fix the deal’s “disastrous flaws”, the US would withdraw.

European countries and the other signatories to the nuclear accord of 2015 – namely Russia, China and Iran – have all rejected renegotiation of a new deal. According to Federica Mogherini, the foreign policy chief of the European Union, “The unity of the international community is essential to preserve a deal that is working, that is making the world safer and that is preventing a potential nuclear arms race in the region. And we expect all parties to continue to fully implement this agreement.”

However, in case there are any new sanctions related to the situation of human rights in Iran, they will certainly be welcomed by many Iranians – inside and outside the country. Also, according to many Iranian civil activists, the lifting of restrictions on the export of technology will allow Iranians to communicate more easily among themselves.

Far from being a surprise, the West continues to be more worried about the Iran nuclear deal rather than the fate of those young protestors who might die in Iranian prisons.

Let us not forget that the world powers failed to build a consensus on the protests sweeping Iran at an emergency meeting of the UNSC. Of the 15 members of the council, nine agreed to the emergency session, which was held on January 5 to review the emergency circumstances in Iran. But the Russians considered that the US was using the current situation in Iran to undermine the Iran nuclear deal.

The Russians and European powers are right to think that Trump and his aides follow the view that Iran is a potential hegemon poised to dominate the Middle East and to control the oil-rich Persian Gulf. Yet, for one thing, Iran does not control all its proxies any more than the Americans and Russians and the Chinese control their own Middle East clients. Furthermore, the Iranian Revolutionary Guards presently lack the hard power a military organisation would need to dominate the Middle East’s divided set of countries.

However, the main goal of the Iranian Revolutionary Guards is to guarantee the regime’s survival. Next to the Basij and the security forces, they are part of Iran’s coercive apparatus in suppressing dissidents. What’s interesting is that though they come from the lower classes of Iranian society, they are inclined to support the clerical leadership over any opposition movement, regardless of class. As such, though Iran’s latest uprising expanded in multiple cities and towns, the patterns of suppression were the same as in 2009.

True, the Iranian regime succeeded at ending the street protests, as it did in 1999 and 2009, but it has not been able to put out the fire beneath the ashes. Even if the wave of recent protests that swept across Iran is over, a tsunami is preparing to yet unleash itself.