Investigators Looking Into Missing Students Were Targeted With Spyware in Mexico

Citizen Lab said it had found a trace of the Pegasus spyware in a phone belonging to a group of experts backed by IACHR who had travelled to Mexico to investigate the disappearance of the 43 students. 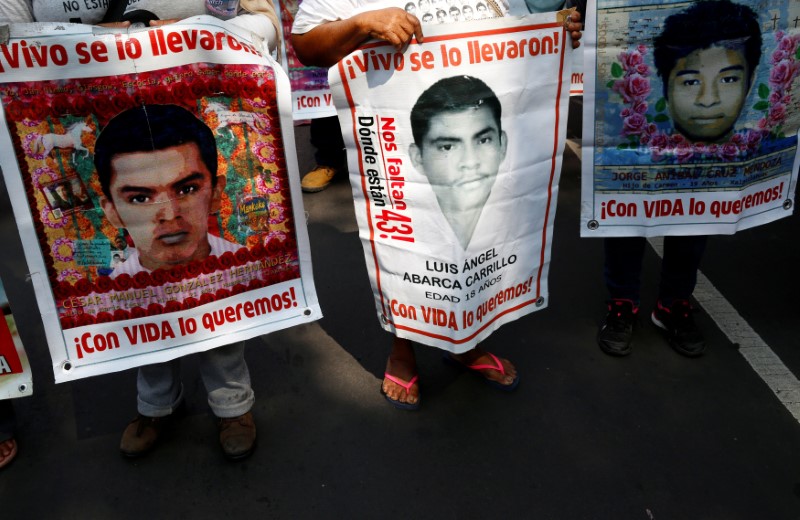 Relatives hold posters with images of some of the 43 missing students of Ayotzinapa College Raul Isidro Burgos as they take part in a march to mark National Teachers' Day along Reforma avenue, in Mexico City, Mexico May 15, 2017. Credit: Reuters/Henry Romero/File Photo

Mexico City: An international investigation into the disappearance of 43 students in Mexico was targeted with spying software sold to governments to fight criminals and terrorists, according to a report published on Monday.

The spying attempt was the latest example of civilians who have been targeted by the software known as Pegasus, which Israeli company NSO Group only sells to governments, according to the report by Citizen Lab, a group of researchers based at the University of Toronto’s Munk School of Global Affairs.

Mexican President Enrique Pena Nieto has asked the attorney general’s office to investigate previous charges that the government spied on private citizens, saying he wanted to get to the bottom of the accusations that he called “false.”

Citizen Lab said it had found a trace of the Pegasus software in a phone belonging to a group of experts backed by the Inter-American Commission on Human Rights (IACHR) who had travelled to Mexico to investigate the disappearance of the 43 students.

The attempt to infect the phone occurred in early March 2016, following criticism by the IACHR-backed group that the Mexican government had interfered with its investigation, Citizen Lab said. 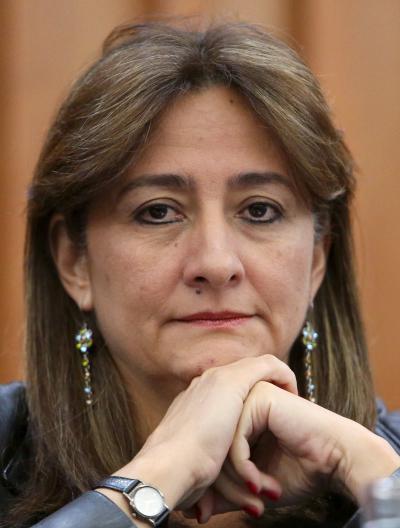 Angela Buitrago listens to a journalist’s questions during a news conference about the case of the missing students of Ayotzinapa, in Mexico City, Mexico December 7, 2015. Credit: Reuters/Ginnette Riquelme/File Photo

“This is a very delicate matter … a big problem. Any state must react immediately,” Angela Buitrago, part of the IACHR’s team of experts, told Reuters.

Buitrago said that if any sensitive data was leaked it could have influenced the investigation.

The disappearance of the students from a rural teachers college in 2014 marked one of Mexico’s worse atrocities, and the government’s handling of the case marked a low point for Pena Nieto’s popularity.