Interview: Life and Afterlife in the Soviet Century

The Soviet dream to “catch up and overtake,” was not about economic prosperity. They wanted to "catch up" on national power. That dream lives on. 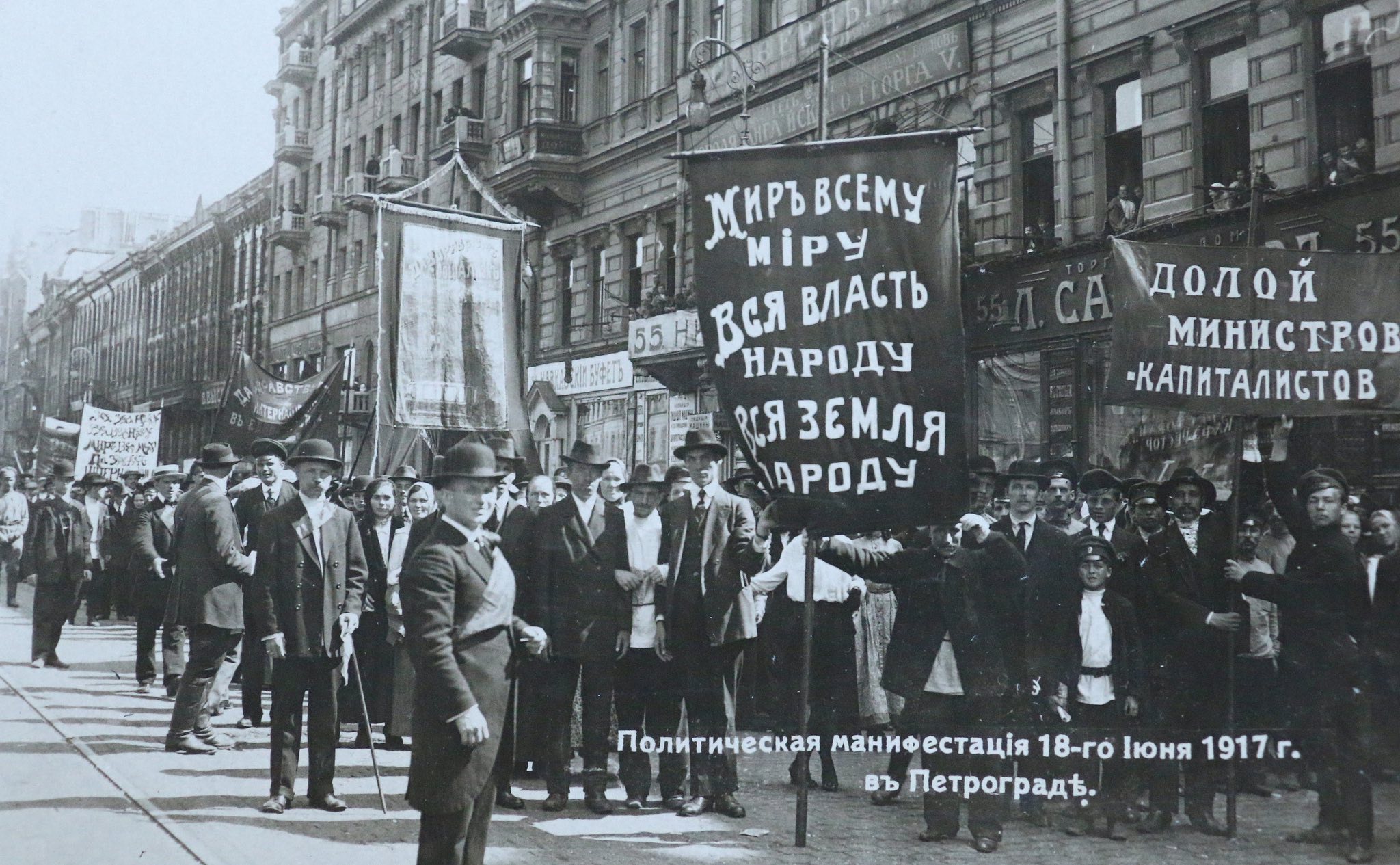 On the 100th anniversary of the Russian Revolution, Mark Harrison, professor of economics at the University of Warwick and research associate of the ESRC Centre for Competitive Advantage in the Global Economy spoke to Bishnupriya Gupta. Harrison is internationally renowned for his work on the Soviet economy. His latest book, One Day We Will Live Without Fear: Everyday Lives Under the Soviet Police State, was published in 2016.

Why did the first socialist revolution happen in Russia?

World War I was the first war that involved most European economies in all-out war mobilisation. By 1917, most societies were feeling the strain. Eventually, there was political unrest  in many countries from Germany eastward. There were strikes and mutinies even in Britain and France. But Russia was first to have a revolution and only in Russia did communists take power. Economic factors were not decisive. The Russian economy was doing badly in 1917, but no worse than most economies of continental Europe. The Russian military was doing badly in the war with Germany and Austria, and this made the government look incompetent. The most important reason was that Russia was still an autocracy, with a government accountable only to the monarch, a parliament that was only advisory, and an election system gerrymandered in favour of the aristocracy. The government was unaccountable, and on top of that it was waging war  incompetently – a fatal combination. Too many people felt they had no stake in the system, which became an easy target for the most extreme revolutionaries. The revolutionaries themselves were the final factor; this was a setting in which the agency of a disciplined conspiracy could change history.

What was economic life in Czarist Russia? How different did it look from the rest of Europe?

Consider Russia first in a global context. We think of Russia before the revolution as poor, but Russia was not poor by global standards. Average real incomes in Russia in 1913 were almost exactly at the world average (as they are again today, ironically). So most Russians lived well above the subsistence minimum that characterised much of Africa and South and East Asia. But Western Europe was far above the global average, so Russians were poor by European standards. Most Russians lived in the countryside and worked in farming and artisan trades. A minority lived in towns and a minority of this minority worked in factories. Although they lived above the minimum, Russians suffered high rates of illiteracy and infant mortality. Conditions were improving as the Russian economy grew, but still progress was slow. In comparison to Western Europe, there was a lot about Russia that still looked medieval – the agricultural technology, the village customs, the landed estates and privileges of the nobility, and the powers of the monarchy. 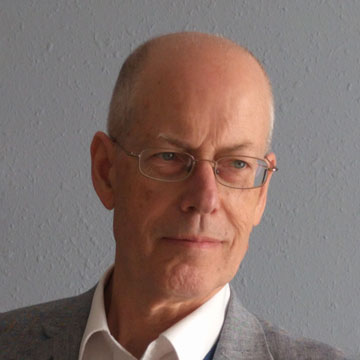 Can we see the Russian revolution in terms of pre-war economic conditions that led to an ideological revolution?

The Bolsheviks did bring an ideological revolution to Russia. You could think of the ideas that motivated them as having three sources. One was the basic perception that the Russian society was divided between haves and have-nots, and that the revolution should aim to take everything back from the haves – Lenin called it “looting the looters”. At an intellectual level, Marx’s writing was congenial to this perception, so the revolutionaries thought of themselves as Marxists. Another idea came from the war itself; the Bolshevik leaders looked at how Germany was supporting a mass army with an economy increasingly under government control, based on universal obligation, mobilisation, and sacrifice, and they thought this was an excellent model for Soviet Russia. Finally, the revolutionaries thought of Russia as very backward. For a model of modernisation, they looked to the American system of manufactures, based on standardisation, interchangeable parts and high volume. If you put these three things together – confiscation and state ownership, a war economy and mass production – you get the Soviet economy as described in western textbooks.

Did the economic life of the common person get better under socialism?

Not at first. Lenin’s first attempt to implement this economic system caused a meltdown – more or less as in Venezuela today. Conditions worsened rapidly and culminated in a famine in 1921-22 in which five to six million people died. Then there was a recovery. Stalin made the second attempt at the end of the 1920s. Conditions worsened and there was another famine in 1932-33 in which around 6.5 million died. But by this time, the state was much stronger, and Stalin was able to keep the momentum of industrialisation going through the crisis. After the second famine, living standards eventually recovered, but in the late 1930s, war preparations interrupted the progress once more, and then there was total war with Germany. The state survived but more millions died because of the war. Not until the 1950s did living standards get beyond the level of the 1920s. Some groups gained more than others. By the 1950s, illiteracy and infant mortality were largely overcome. Children and young people made great gains. Because illiteracy held more women back than men, women also made big advances. But the life chances of older people did not improve – once you reached the age of 40, there was no increase in additional life expectancy over the entire period of Soviet rule. 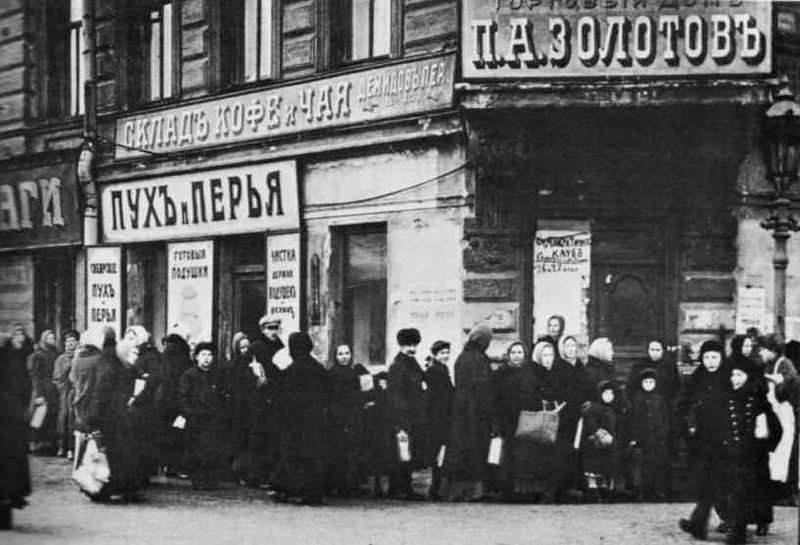 The socialist project has come under criticisms; did it at least achieve its economic goals?

It depends how you measure the goals. Western economists usually use real GDP to measure productivity and prosperity. From 1917 to the 1980s, the Soviet economy expanded considerably. But the expansion was not nearly enough to “catch up and overtake” the high-income Western countries, to adopt the words of both Lenin and Stalin. But when Lenin and Stalin used the phrase, they did not think in terms of productivity and prosperity. They wanted to catch up in national power, and especially in the “hard” power of the time, which was mass armies and advanced weapons. By that standard, the Soviet economy was a considerable success. It was fully capable of mobilising a very large share of national resources into defence industries and a mass army and the other industries that supported defence, like engineering and chemicals. By 1939, the Soviet Union was one of the two largest weapon producers in the world, equal to Germany. By the 1970s, the Soviet Union was a global military superpower. This was remarkable, given that the Soviet Union’s economy was never more than second-rate.

What has been the aftermath of the dismantling of the socialist project?

I find that Russia today is a much more likeable country than the Soviet Union, which I visited many times over a long period. On an average, Russians live better and live longer. They have more freedom to move and to communicate with each other and with the rest of the world. Russia is visibly not a society under permanent war mobilisation, and that’s very important. Of course, Russia also has huge problems – corruption, inequality, a ruling group that does not want to be dislodged by fair elections or popular pressure. But these problems also exist in many middle-income countries. So in these ways, Russia has become normal. This is tremendously

positive. However, Russia is still a worrying country. I worry mainly because Russia is large and its leaders would like to use Russia’s size to exercise undue influence in the world, especially on Russia’s borders. And they have the means to do this – a large army and nuclear weapons. In other words, Russia, although normal in many ways, still presents abnormal risks to the world community.

Is there nostalgia for the lost world under socialism?

Yes. And that nostalgia has grown over time – which is logical, because nostalgia just means that we all remember the past kindly and we fear the future. It’s human nature. In 1991, most Russians breathed a sigh of relief. They saw the regime and its “security police” as a major source of insecurity in their lives. Now, people – sometimes, the same people – see the market as a major source of insecurity today, and they think that the old Soviet system protected its citizens against economic uncertainty. But the truth is that most Russians under the age of 45 have little idea of what life was really like in Soviet times. Perhaps they cannot imagine that the first step of a real Soviet restoration would undoubtedly be to cut them off from the internet and the cellphone network. However, there is another dimension to Soviet nostalgia, which is not economic. This is nostalgia for Russia as a great power, and a time when Russians could be “at home everywhere,” meaning that Russians could travel from the Baltic coast to Crimea to the mountains of Central Asia without leaving their country. Here, they forget that the Lithuanians and Ukrainians, whose lands they travelled through, do not have the same feeling of loss, and are glad that the Soviet Union broke up. So, nostalgia for the time when Russia was a great power is a significant burden on Russia’s capacity to get along today with the people who are now their neighbours.

Bishnupriya Gupta is a professor of economics at the University of Warwick.