Human interaction, cultural awareness and an enlightened media can create a bridge between Indians and Africans, say African students in India.

African students protest in Bangalore against the racist attack on a Tanzanian woman. Credit: PTI 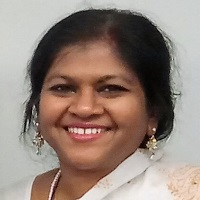 African students protest in Bangalore against the racist attack on a Tanzanian woman. Credit: PTI

Bangalore: The threatened boycott of the Indian Council of Social Science Research (ICSSR)’s Africa Day celebrations by African diplomats is a symptom of the growing disaffection the African community in India feels over the racism and exclusion experienced by them. But the growing ties of trade and diplomacy are also bringing hitherto muted African voices to the fore. “The All African Students in India (AASI) is an India-level student platform with an office in Delhi and chapters in other cities. It has been set up to hold cultural events, take up African student concerns and encourage its members to work together for common positive goals. It has grown to become a point for students to reach the levels of high commissioners, and through them, may be even reach higher levels to address any of our issues if necessary,” says Bokor Moussa, president of AASI’s Bangalore chapter and a second year student of Computer Applications in the Bangalore University. He is from Chad.

“We will work together with the Indians to build skills to interact with them, the government and promote better communication for better knowledge of African cultures among Indians and vice versa,” adds Moussa.

David Amum is a fourth year student of electronic and communication engineering in the South East Asian (SEA) College of Engineering and Technology, on the outskirts of Bangalore. He is also the secretary of the Bangalore chapter of the AASI. Following a series of incidents involving African students in Bangalore, the AASI and Alternative Law Forum (ALF), a group of activist human rights lawyers, recently formalised the African Legal Cell, which, with the support of Manthan Law Associates, will support African students with legal issues. He was influenced to come to study in India by an NRI family friend in his hometown in the Upper Nile province of South Sudan.

Talking to The Wire, Amum says, “Before I came to India, I had this impression of India being ‘incredible India’,” he smiles. “The reality set in a few days after I started living here.” From being isolated on one bench in the classroom to struggling to find decent accommodation, he experienced the full gamut of the everyday racism that Indians seem to reserve for Africans.

These situations were, however, compensated for by the individuals who “took the risk” for him. One fellow student decided to befriend him in class; a house owner told him that he had faced the ire of neighbours for renting a house to him, and hence laid down the condition that if there was one complaint about him, he would be thrown out the same day. Four years later, Amum still stays in the same house. But others have had to pay a huge premium to rent even small places. “I feel the high charges are basically a way of making us feel unwanted,” he says. “Parents often warn their children about interacting with us, both in our neighbourhood and in our colleges. I get the impression that they feel ‘invaded’, that Africans will ‘spoil their children’, but they don’t realise that they are actually harming the enriching human and cultural interactions that young people will experience if they interact with each other. And I don’t think they even know they are wrong, they are using the wrong formula.” Even in his college, Amum says, foreign students, especially from Africa, interact with only one faculty member – Usha madam – who, he says, is able to connect with them. There is hardly any interaction with other members of the faculty.

Amum has plenty to say, but these are not the usual gripes about racism. “I don’t think Indians in general understand the harm they are doing to their international image when they interact with us in this way. I am here as a student, but when I return, in about 10 to 20 years I would be fairly high on the ladder of decision-making in my country. And no doubt there will be [an] occasion for Indian businesses or technocrats to interact with me or the places I will be working in. If I decide, at that time, to pay back India due to the treatment I have received here, don’t you think it will go against India?”

“Anywhere in Africa, foreigners are treated better than the locals, and are respected. In my country, we have Indians who are doctors, engineers, teachers and technicians. I even have good Indian friends at home.” Amum feels India is growing faster economically but culturally isolating itself from the sort of inter-cultural interactions that are becoming commonplace the world over.

After the well-known incident in Bangalore in which a Tanzanian woman student was roughed up in public after a car driven by a Sudanese youth ran over and killed a local resident, there was a huge media circus with African students practically demonised by the local press. “The media has a role in building a better understanding in society. There is an impression of African students being involved in drugs, violence and prostitution. But I feel this is due to the cultural gap. We Africans have a different body language and when we meet, for instance, we get excited and happy and our voices turn loud, our music is loud and very different from Indian music. This is very normal for us, but, of course, Indians interact very differently and they feel annoyed at our noisy ways. Also, we are young when we arrive so we have the usual issues of time and task management as most teens have. We are more interested in having fun than in studies, so our institutions also would find us difficult to handle given the cultural factors. Media can play a positive role in this situation,” he adds. “Instead, we find that it gives blanket coverage for a few days and afterwards there is no follow up. There needs to be a more sustained engagement if we want to improve relations in society.”

The chief minster of Karnataka, Siddaramaiah, had said that such incidents would be taken seriously in the future. The Bangalore police commissioner also announced that there would be special interaction between the African students and higher officials of the police force in the wake of the incident. “Even though he announced it himself, and dates were fixed more than once, it finally did not happen. This shows that even the administration does not prioritise positive interactions.”

Angelina Abdul Magid is a fourth year student at the SEA College of Law. Magid has stayed in a hostel during these four years of her stay and says the situation is just passable. She too faced isolation in class, but over the last four years, she has been able to make some friends. One has been a friend since the beginning, but it was not easy. “Indians don’t mix easily, and I found that they were very colour conscious, even among themselves. The fair ones discriminate against those of darker complexion, even in my class,” she says, smiling shyly. Language was a major issue for a while but she has picked up a few local words. “They even used to teach in Kannada, in some classes, so it was difficult. There was another student also, who did not know Kannada but they said we cannot teach only in English, just for the two of you.” Magid was the only student from Africa in her college when she started. However, there are about 20 students from different African countries in her college now. Magid is shocked at the lack of knowledge about Africa among Indians. “We watch Indian movies in south Sudan, so I was up to date on all the Bollywood actors and films. And we learn all about India in our geography classes. But here even our lecturers didn’t know that Africa comprised of 55 countries, and had some speaking Arabic, English and French as common languages due to their colonial histories. My own country, even after being divided into north and south Sudan, has 65 different tribes with 65 different languages. Media has a role in educating the public on international issues, but we don’t see anything about Africa on Indian channels.”

“Why doesn’t the Indian government take steps to protect African students? And why don’t Indians realise the bad impression they leave in the minds of international students?” Magid wonders.

All images taken by Cynthia Stephen