Global Inequality Is Getting Worse, but Fewer People Than Ever Are Aware of It

People in some of the most unequal countries in the world think theirs is the paradigm of meritocracy. Can the data help explain this phenomenon? 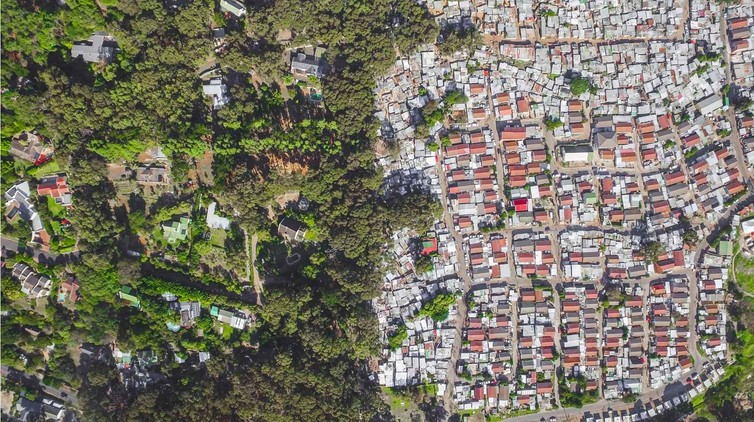 Inequality in the US is on the rise. Income gains since the 1980s have been concentrated at the top. The top 10% today take home 30% of all income and control over three-quarters of all wealth. We have returned to the level of income inequality that marked the Great Depression of the 1920s and 1930s.

Who gets what in the US continues to be impacted by a person’s race, gender and family resources. What’s striking, however, is how little people seem to notice.

Evidence from the International Social Survey Programme suggests that people increasingly think their society is a meritocracy – that success in school and business simply reflects hard work and talent. This belief is held most dearly by Americans, but citizens across the world are growing more convinced.

The data show a surprising pattern: The more unequal a society, the less likely its citizens are to notice. Paradoxically, citizens in some of the most unequal countries think theirs is the paragon of meritocracy. How can we explain this phenomenon?

In my dissertation research, I explored the idea that people’s beliefs originate in their childhood experiences.

My research suggests that people in more socioeconomically and racially diverse environments are more likely to appreciate how life outcomes are shaped by structural factors such as race and wealth – that is, the ways in which a person’s family wealth, gender or skin colour may impact their chances of getting into college or finding employment.

However, increasing levels of income inequality and segregation mean that modern-day Americans are growing up in less economically diverse environments than in the 1970s. Consequently, people on either side of the income divide cannot see the breadth of the gap that separates their lives from those of others. As the gap grows wider, other people’s lives are harder to view. Rising inequality prevents people from seeing its full extent.

I asked 300 respondents in an online survey to explain why a person graduates from college or drops out; what makes for success at work; what keeps a person out of trouble; and what may land a person in jail.

People typically explained these outcomes in terms of meritocratic factors: Being smart gets you into college, working hard earns you a promotion and being polite to the police may save you from a speeding ticket. In the words of one respondent, “I think people are mostly capable of getting what they want out of life. If they don’t, they either didn’t try hard enough or are too lazy, unmotivated or whatever.”

But respondents were not blind to how structural factors can shape life outcomes. They recognised that some schools better prepare their students for college; that family contacts can help you get that good job or promotion; and that living in a poor neighborhood means you’re on the police radar. As one person put it, “I think that in a lot of cases, outcomes are determined by privilege and race… or a lack thereof.”

When I looked at respondents’ explanations in light of their own background, I discovered a telling relationship: People who grew up in more socioeconomically or racially diverse environments were more likely, by about 20%, to explain life outcomes in terms of structural factors. Conversely, people who grew up in homogeneously rich or white neighbourhoods saw success in meritocratic terms.

To look more closely at how people learn about inequality, I studied a nationally representative sample of 14,000 students across 99 US colleges. I asked students about racial inequality and meritocracy as freshmen, and then again in senior year. Would students grow more convinced about meritocracy over their college years or did they come to understand inequality in structural terms?

About half of students held on to their original beliefs about inequality. Some 30% developed a structural understanding of inequality, while 20% came to see things more meritocratic. Their beliefs were shaped by three key factors: college setting, interactions with peers from different backgrounds and their roommate in the dorms.

In racially homogeneous and exclusive college settings, students developed a more meritocratic view of inequality in the US.

Conversely, those who frequently interacted with students from another racial group became more concerned about racial and income inequality, and more critical of meritocracy. Students paired with a roommate of a different race also developed a better understanding of the structural sources of inequality.

My research suggests that how we see and explain inequality drives our empathy and solidarity with others. We feel for people who we understand are facing hardship by no fault of their own. We have less sympathy for those whose situation, we think, is caused by poor choices or a lack of effort.

As such, our beliefs about inequality are the starting point for our politics and our policy views on criminal justice, the welfare state and income redistribution.

If we want our young citizens to develop a better understanding of the world they live in, we need to create conditions for more interaction across socioeconomic and racial lines, at school, in college and in the neighbourhoods where they grow up. We can do this by ensuring access to preschool for all income groups, stepping up the effort to desegregate public schools and considering roommate assignment and other cost-free measures to increase diversity in college life.

It would take a major intervention to bring actual opportunities in line with the ‘American Dream‘ of social mobility. The next generation’s choices will shape tomorrow’s US. It is up to us, however, to decide what world this generation grows up in and through what prism they come to see their society.

Jonathan J.B. Mijs is assistant professorial research fellow at the London School of Economics and fellow in sociology at Harvard University.