India Should Have No Illusions About Trump's Afghan Strategy

Besides investment and economic aid, it is hard to say what the US expects of India in Afghanistan; despite seeking a more active Indian role, the US continues to engage with China and Pakistan to counter the Taliban. 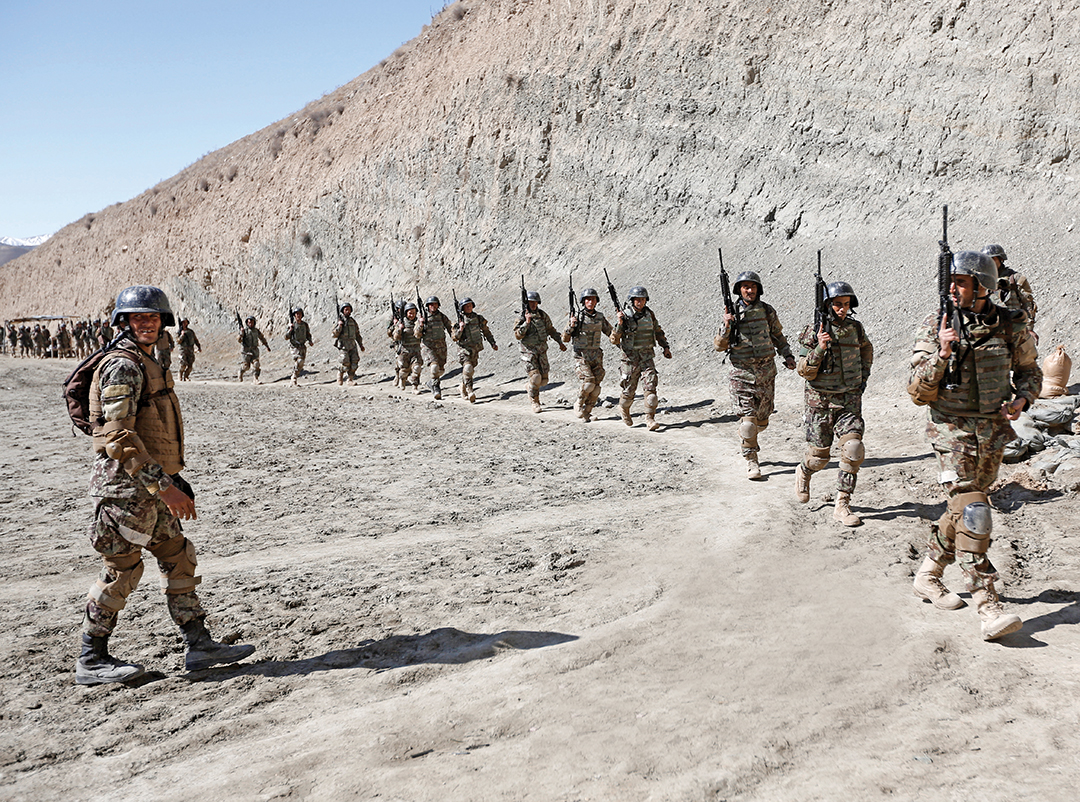 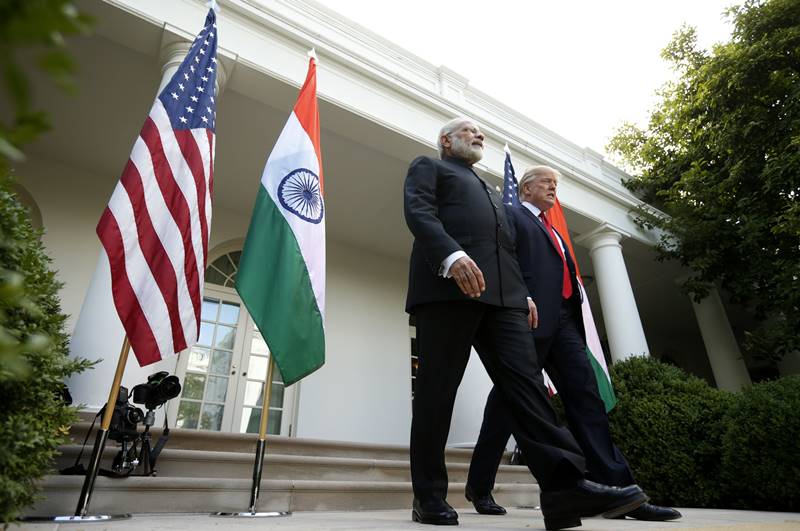 Prime Minister Narendra Modi announced in Manila, Philippines, during the ASEAN-India and East Asia Summits India’s wish to advance the “future interests of Asia”. But New Delhi should remember that the “Indo-Pacific” is not just about the US and India cooperating to contain China in East Asia. As the western pillar (rather than the central point, as claimed by some Indians) of the Trump administration’s ‘Indo-Pacific’ region, India should consider how to respond to Donald Trump’s call for a larger, more active Indian role not only in East Asia but also against terrorism in Afghanistan, which is one of its own high priorities, and which also affects security in the Persian Gulf, Middle East and Central Asia.

Afghanistan is part of India’s neighbourhood and also ranks high on Trump’s global military pecking order. Trump’s US is fighting to win in Afghanistan. So how the US and India work out their “partnership” there will have a bearing on the image of India, with its eastern promise, as a potential contributor to the security of East Asia as well.

Much will hinge on how India meets Trump’s expectations. It is worth noting that on his first Asian tour, which excluded India, Trump gave priority to trade and investment, or as he put it, “economic security is national security”. That is not an isolated stance relating to East Asia alone. Economic investment by India in Afghanistan is his major expectation of India’s role in Afghanistan. Trump’s presentation of his Afghan strategy in August suggested that the US’s friendship with India would be conditional: “India makes billions of dollars in trade from the United States, and we want them to help us more with Afghanistan.”

It is in relation to this background that New Delhi should give a cautious welcome to the Trump administration’s repeated determination to confront Pakistan’s terrorist-training and put an end to terror havens there. Apart from investment and economic aid, it is hard to say what the US expects of India. Greeting India on Diwali eve, the US’s ambassador to the UN Nikki Haley said: “India can help the US keep an eye on Pakistan”. That is not much.

Questions arise about India’s influence on Afghan affairs. For instance, India was not a participant in the recent Quadrilateral Coordination Group (QCG) peace talks on October 16 in Muscat, Oman. The four countries taking part in the sixth meeting of the QCG since January 2016 have been the US, Afghanistan, China and Pakistan. The last two would have opposed India’s participation anyway.

The significant fact is that the composition of the QCG itself shows that Trump is not against China in all strategic theaters; rather his administration is cooperating with China on Afghanistan.

Then there is the question of whether Trump’s attitude to Pakistan satisfies India. In August Trump warned that he would put more pressure on Pakistan. But even as his administration declares zero tolerance for extremists, it stresses Pakistan’s cooperation in fighting terrorism. This marks a continuation of the attitude of the Bush and Obama presidencies towards Pakistan.

Moreover, when stating in New Delhi that “Pakistan is important to our joint goals of providing peace and security to the region and providing for greater economic relationship”, US Secretary of State Rex Tillerson must have been aware of the tension between Washington’s envisaged enhanced role for India in Afghanistan and Pakistan’s opposition to it.
Pakistan is the key to peace in Afghanistan for it trains and controls not only the terrorists who cross the Durand Line but also those who cross from Afghanistan into China’s north-western Sinkiang province and into Russia’s Central Asian “near abroad”. Yet Pakistan has skilfully persuaded the US and its rivals – China and Russia – that it is an indispensable partner in combating terrorism and reaching a settlement in Afghanistan.

Any talks with the Taliban will only bear out the axiom that negotiations confirm the military realities on the ground. With nearly half of Afghanistan contested by the Taliban it is hard to say exactly how the US will put pressure on Pakistan. In 2011, then US defense secretary Robert Gates said the Taliban “have to feel them under military pressure, and begin to believe that they can’t win before they’re willing to have a serious conversation”. Over the last six years the US has clearly failed to make the Taliban believe they couldn’t win. Trump’s defense secretary James Mattis intends to force the Taliban into negotiations through the increased use of air power and more US military trainers. Will such a plan succeed with 11,000 troops where the Obama administration failed despite its troop surge to 30,000 in 2009?

Also, how will Trump’s government confront the Taliban’s insistence on the US’s withdrawal from Afghanistan as the condition for a settlement? This insistence explains the elusive peace in Afghanistan. What Washington – and New Delhi – could remember is that the Taliban haven’t fought NATO for more than a decade to return to Kabul to share power. The Taliban wants to grab power. And Pakistan wants to revive its unfettered pre-2001 influence in Kabul, rather than opening the door to greater American influence there. It has trained the Taliban to fight the US and NATO because they – not India – have blocked the revival of its clout in Kabul.

For its part, Islamabad has put the onus for a settlement on regional players including its friends China, Russia and the US, even as Washington blames it for sponsoring terrorism.

China does have significant interests and a presence in both Pakistan and Afghanistan. In 2014, as an aspiring great power, it first offered to mediate to improve ties between its two unstable neighbours. The reasons for this diplomatic initiative include the risks it faces from Afghanistan from factors as varied as cheap Afghan opium, terrorist acts by Pakistan-trained Uighur Islamic extremists in Xinjiang and its exploitation of Afghanistan’s rich mineral resources. It sees itself supporting a peace process because it is also a victim of terrorism.

Moreover, at the US’s expense, China has gained leverage over Pakistan by investing $46 billion in the China-Pakistan Economic Corridor as a crucial link in its Belt and Road Initiative. Buying 41% of China’s arms exports, Pakistan is its top military customer. So far all QCG talks with the Taliban have failed to deliver peace, probably because China – like the US – cannot or will not put enough pressure on Pakistan to stop its terrorist exports.

Meanwhile, Russia’s interests in Central Asia and the Middle East have led it to establish its own contacts with the Taliban and to strengthen military and diplomatic ties with Pakistan. The regional balance of power or influence is therefore not weighted in India’s favour.

With Trump relying on terrorist-sponsoring Pakistan militarily and on economically-strong China diplomatically to bring the Taliban to peace, how can India enhance its profile in Asia and in Trump’s Washington by investing in Afghanistan? Only its success in achieving these twin goals – plus its own economic progress – will make it the keystone of the Indo-Pacific. That is the challenge faced by New Delhi.

Anita Inder Singh is Visiting Professor at the Center for Peace and Conflict Resolution in New Delhi.