Indonesia has an imperfect record of promoting inclusive forms of growth and urbanisation, but its successes – and struggles – may hold more lessons for India than those of China or the West. 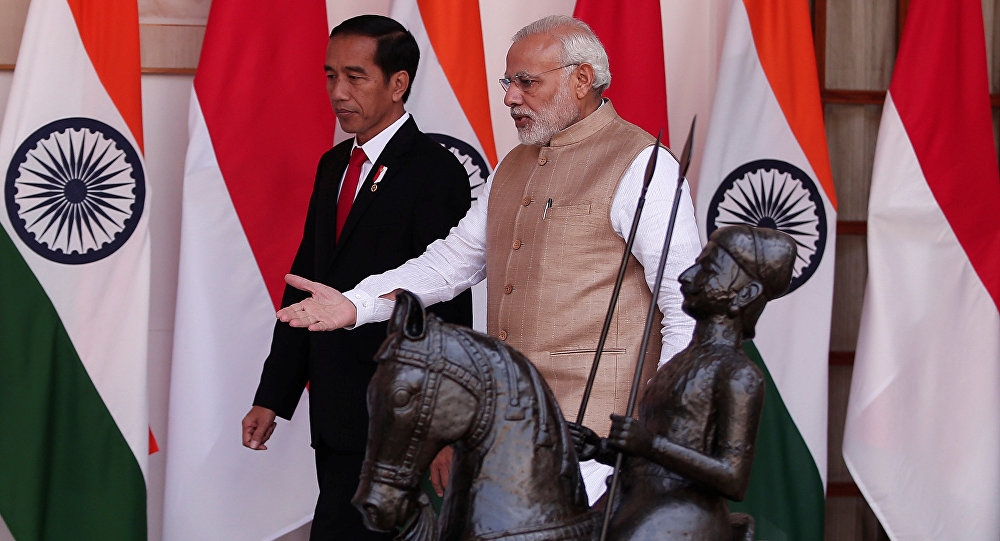 This week’s state visit by Indonesian President Joko Widodo – more commonly known as Jokowi – generated little attention beyond foreign policy circles in the Indian capital, but the potential for collaboration between the world’s second- and fourth-most populous countries is vast and largely untapped.

While Indian Prime Minister Narendra Modi and Jokowi focused on maritime security and counter-terrorism, among other geopolitical concerns, another set of issues around inclusive growth and urbanisation – which have the potential to improve the everyday lives of ordinary Indians and Indonesians – present the greatest scope for bilateral partnership between the two countries.

India and Indonesia urgently need to improve youth employment outcomes to tap their potential demographic dividends. India’s working age population adds approximately 10 million youth every year and Indonesia’s grows by 2.5 million. Besides problems of vast scale, enormous regional diversity and policy implementation that both countries face, they also rely on the efficient management of rapid urbanisation to create these jobs and enable economic mobility for their citizens. On these fronts, our ongoing research engagements with both nations indicate that India could learn a few things from its neighbor to the southeast.

Both countries are pursuing ambitious strategies to expand manufacturing in a bid to create productive jobs, but evidence suggests those efforts are benefiting a wider swathe of Indonesians. For instance, while women make up only 19% of non-agricultural workers in India, in Indonesia the figure stands at 33%. A young generation of women with basic education is powering a large labour-intensive manufacturing sector in Indonesia; in urban India, only about one in 10 such women is employed at all. Efforts to ensure safe urban environments – especially with regards to gender-related crime – and boost the supply of affordable hostel accommodation – often with the participation of the informal sector – have enabled young Indonesian women to work in factories outside their hometowns.

Major infrastructure investments in Indonesia, like toll roads, are helping to push industrial jobs into Indonesia’s agrarian frontiers, giving new off-farm opportunities to people in rural parts of the country. Moreover, these investments are complemented by a greater focus on formalising industrial jobs and implementing minimum wages. In contrast, the growth in non-agricultural employment in rural India has been almost exclusively driven by a rise in low-productivity, informal service sector work. Indonesian strategies to boost manufacturing and manage labour could hold valuable lessons for India as it implements its ambitious ‘Make in India’ campaign.

Urban governance and management are other areas where New Delhi could take a cue from Jakarta. India’s decentralisation has concentrated power in the hands of state governments, but in Indonesia the move to devolve authority has reached the municipal level. City governments in Indonesia, led by elected mayors, are empowered to manage critical issues around land, transportation and housing. The result? Indonesian cities have been far more successful in tackling major urban challenges like slum upgrading, piped water connections and sanitation. Indonesia has also inculcated a culture of healthy competition among its cities – awarding high-performing municipalities for their progress in addressing social, economic and environmental issues. For example, the coveted Adipura award goes to the cleanest Indonesian city each year.

In fact, the Indonesian government outlined the “mainstreaming of systematic approaches to managing cities and human settlements” as a key goal on the opening day of the Asia Pacific Ministerial Conference on Housing and Urban Development (APMCHUD), which India is hosting this week in New Delhi. The APMCHUD forum presents a golden opportunity for India and Indonesia to begin a dialogue on collaborative opportunities on urban issues, one that can be continued on a bilateral basis.

Even though Indonesia, like India, has an imperfect record of promoting inclusive forms of growth and urbanisation, its successes – and struggles – may hold more lessons for India than those of China or the West, which have been the favorite comparators for Indian policymakers. After all, Indonesia is a vast, diverse, populous democracy battling corruption and the legacies of colonialism. A stronger partnership with the archipelago nation – based on mutual learning and policy innovation on the issues most concerning to everyday citizens – would be in India’s interest.