India’s challenge to China is about nuclear status – the relationship that each country has to the key institutions and central players of the global non-proliferation order. 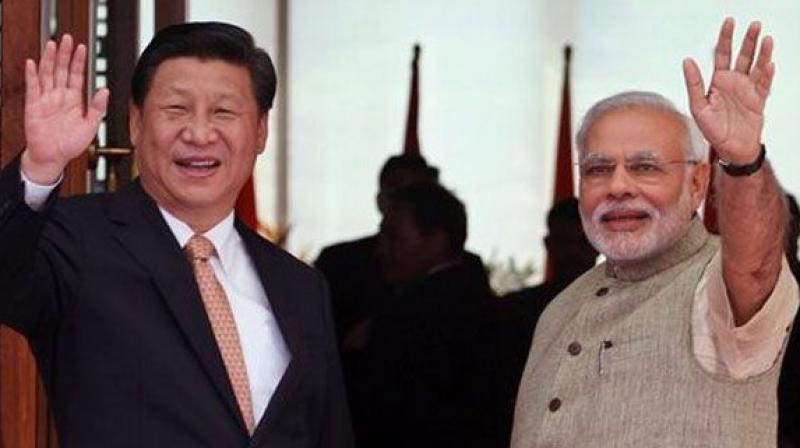 China’s opposition to India’s membership of the Nuclear Supplier’s Group (NSG) was again on display at the grouping’s twenty-seventh Plenary Meeting in the Swiss city of Berne this weekend. What is most striking about India’s NSG membership saga is not New Delhi’s persistent failure to make headway on one of the current government’s central foreign policy priorities, but the extent and durability of China’s uneasiness at allowing India a seat at the table. Beijing’s recalcitrance on the question of NSG membership for India is a clear signal that India is and remains a major nuclear challenger to China – at least where global recognition of the two countries’ non-proliferation credentials is concerned.

The ‘Indian challenge’ is not of the kind a typical strategist might identify. After all, India’s strategic nuclear threat to China is limited: even in the face of India’s vigorous nuclear modernisation programme, Ashley Tellis argues, the ‘deterrence gap versus China… is considerable’.

Instead, India’s challenge to China falls in the domain of nuclear status, in particular the relationship that each country has to the key institutions and central players of the global non-proliferation order. A key concern of China is that India’s entry into the NSG would further bolster India’s credentials as a legitimate member of the nuclear non-proliferation mainstream. Quite simply, Beijing does not want India to be seated at any nuclear table as an equal, and for nearly a decade has seen India as perilously close to reaching this goal.

The central feature of China and India’s status competition in the nuclear domain – perhaps even a primary focus of their competitive nuclear dynamic overall – is the mutual incompatibility of their respective brands of nuclear responsibility. Rather than pursuing a nuclear arms race, China and India have sought to compete with one another by projecting their own distinctive brands of nuclear responsibility to the world at large.

For China, pursuing responsible nuclear status has meant legal accession to key global non-proliferation instruments, including the Nuclear Non-Proliferation Treaty (NPT) in 1992 and the Comprehensive Test ban Treaty (CTBT) in 1996. China’s legitimacy and perceived advantage as a nuclear-armed state over India relates to the question of inclusion/exclusion from the NPT regime, specifically that China is an NPT-recognised nuclear state, whereas India is not. Beijing’s preference is for India’s ‘outsider’ nuclear status to the NPT to remain unchanged, and for it to extend to other nuclear institutions, such as the NSG, because this arrangement serves to check India’s overall rising power and status.

India’s responsible nuclear advantage lies elsewhere, beyond the NPT, in perceptions – held by at least two recent US administrations – of India’s post-1998 responsible non-proliferation behaviour and New Delhi’s more general benevolent role in world politics. India has made enormous gains since 1998 in projecting itself globally as a responsible nuclear power by complying with much of the normative architecture of the NPT, even as a non-signatory. These efforts have afforded India new levels of status and legitimacy in relation to the NPT regime, as well as tangible material rewards, most notably in the form of access to civil nuclear trade.

The cornerstone of India’s efforts to project its image as a nuclear responsible has been India’s self-identified ‘immaculate’ record on the proliferation of nuclear technologies and know-how beyond its borders. This stands in stark contrast to the controversial nature of China’s record, particularly in relation to Beijing’s nuclear cooperation with Pakistan, as well as Iran, Iraq, Saudi Arabia, Syria and Algeria. More broadly, India’s identity as a democracy has also bolstered its image as a peaceful and trustworthy partner of the United States and other key Western stakeholders in the global nuclear order. According to Jarrod Hayes, even despite the 1998 tests, in the United States ‘India is described as a democracy often and usually before any other characterisation. Arising out of this shared democracy is a sense of partnership and trust.’

The innate tensions between China and India’s respective strategies to gain accommodation within the global non-proliferation regime are not new. At a number of critical junctures, China and India have engaged in efforts to diminish one another’s ‘responsible credentials’ before the international community, particularly in the eyes of the United States.

In 1998, India tested nuclear weapons – a nuclear choice that clearly did not stand as an example of responsible conduct. Yet the tests soon became a site on which both China and India sought to undermine one another’s status as nuclear responsibles. India’s initial justification for its 1998 tests labeled China as both a nuclear aggressor and a nuclear proliferator. China’s immediate reaction to the tests in South Asia was to downplay security concerns and point to how India’s declared nuclear status both challenged China and revealed Indian ambitions for regional hegemony and great power status.

Diplomatically, China issued a joint statement with the United States calling for India and Pakistan to cease testing, and join the CTBT and NPT. Beijing was clear that China would only accept India as a nuclear outlaw, outside of the NPT, and not as a nuclear equal. China also sought to highlight how the tests were destabilising to global and regional stability and how they heightened the prospect of nuclear war, opting to co-host P5 talks on this issue at the United Nations that resulted in the drafting of UNSC Resolution 1172. This was a move that also underscored China’s position as a legitimate nuclear actor, even a guarantor, in the global nuclear order.

The 2008 NSG waiver granted to permit the US-India civilian nuclear deal again prompted Chinese and Indian status competition, as well as questions related to inclusion/exclusion and nuclear responsibility within the NPT regime. Expanded cooperation between the United States and India throughout the 1990s and, after a hiatus following India’s nuclear tests, in the early 2000s, led to the United States formally signalling that it was willing to consider the recognition of India as a nuclear partner. The culmination of these developments was the Indo-US Civil Nuclear Cooperation Agreement, which took the unprecedented step of categorising India as ‘a responsible state’ and acknowledging a spotless record on nuclear non-proliferation. India’s relentless cultivation of an image as a responsible nuclear power had paid off in so far as US support for the waiver made reference to this feature of India’s nuclear history.

Even before the deal was passed in 2008, Beijing was paying increasing attention to India’s drive for great-power status. As Jing-Dong Yuan describes, for the Chinese ‘…in the nuclear arena, these [US-India] ties also grant New Delhi legitimacy and recognition’. The exceptional treatment meted out by the NSG was a victory for India. China continues to see the 2008 US-India civilian nuclear deal as counterproductive to the future stability of global nuclear order and its own position within that order. To the extent that the deal granted some recognition to India as a responsible nuclear-armed state, it also undermined China’s status and prestige as the sole recognised nuclear weapons state in the region – a status bolstered by China’s permanent seat on the Security Council, membership of the NSG (which it joined in 2004) and as a signatory to the CTBT and NPT (in all five cases in contradistinction to India).

Seen in this wider context, China’s attempt to diminish India’s image as a nuclear responsible by holding NSG membership out of reach is neither surprising, nor new. Beijing’s criticism in the wake of India’s 1998 tests, pursued partly in partnership with Washington, and Chinese opposition to India’s signing of the civil nuclear agreement with the United States are earlier efforts in the same repertoire. Meanwhile, India’s attempts to frame China as a nuclear aggressor and proliferator, particularly towards Pakistan, reveal opposing efforts at damaging China’s status as a responsible nuclear state.

China’s response to India’s nuclear choices has even deeper roots, but was at one time more accommodating, especially when China itself stood as an outsider to the global nuclear order. When India conducted its ‘Peaceful Nuclear Explosion’ in 1974, Beijing was less worried about proliferation concerns and the sanctity of the NPT, and saw in the PNE India’s exercise of its sovereign right to develop peaceful nuclear energy. However, reactions in Beijing also centred on a questioning of the very notion of a ‘peaceful’ explosion, and, as John Garver has shown, on a suspicion that the test was part of an Indian strategy of expansionism and containment towards Pakistan, and by implication, China.

Today, with China well-established within the global nuclear order, India certainly faces an uneven playing field on the issue of NSG membership, given China’s veto power within both the grouping and other organisations that can grant India insider status to the global non-proliferation regime.

On both sides of equation, too, key national interests are at stake. Under the terms of the 2008 waiver, India is committed to following NSG guidelines, yet as a non-member, it can have no input into decisions that could potentially to impact upon its civilian nuclear industry. Moreover, as multilateral non-proliferation initiatives evolve to meet contemporary global challenges, these will likely be built upon the NPT-NSG framework. An extended version of the Proliferation Security Initiative, for example, would have difficulty including New Delhi as a stakeholder given India’s position outside both the NPT and the NSG.

China, meanwhile, has real concerns about India’s growing ties with the United States. While, in comparison to the activism of George W. Bush, the Obama administration lent comparatively muted support to India’s NSG membership quest from 2014 to 2016, US backing was nonetheless in play. From 2005 onwards, Beijing has seen US support of India’s civil nuclear ambitions as offering preferential treatment for India and as a symptom of a de facto strategic alliance between the two countries. In comparison, from China’s perspective, Pakistan’s bid for membership of the NSG has faced discrimination since it is not considered on par with India’s. Moreover, India, once inside the NSG, could itself block any future NSG plans for opening up to Pakistan. For this reason, China has put forward membership criteria for NSG entry, yet this attempt has been dismissed as unhelpful by some other NSG member states. More recently, the idea of joint India-Pakistan membership of NSG has been floated, too, though this has been met with little enthusiasm.

In addition to realpolitik concerns, ultimately China’s NSG membership block reveals three crucial things. First, that India’s complicated insider/outsider status with regard to the non-proliferation regime still matters to Beijing, and will be near impossible to solve. Second, that China is keen to retain question marks over India’s legitimacy by ensuring India’s complicated insider/outsider status continues, with the denial of NSG membership standing as a key bulwark against India’s mainstreaming. Third, it reveals that China is sufficiently concerned about India’s nuclear status to persist with its strategy of keeping India out of certain nuclear institutions.

Paradoxically, Chinese recalcitrance reveals how close India may be to achieving a particular kind of nuclear parity with China, that of legitimate nuclear status in Asia.

Kate Sullivan de Estrada is Lecturer in Modern Indian Studies at the School of Interdisciplinary Area Studies, University of Oxford and author (with Rajesh Basrur) of Rising India: Status and Power. Nicola Leveringhaus is Lecturer in War Studies (East Asian Security and International Relations) at the Department of War Studies, King’s College London and author of China and Global Nuclear Order: From Estrangement to Active Engagement.