India Abstains from Voting on UNGA Resolution on Myanmar, Says Its Views Not Reflected in Draft

Thirty-six nations, including India, Bangladesh, China, abstained from voting on the resolution, while 119 member states voted in favour. Belarus was the sole country voting against it. 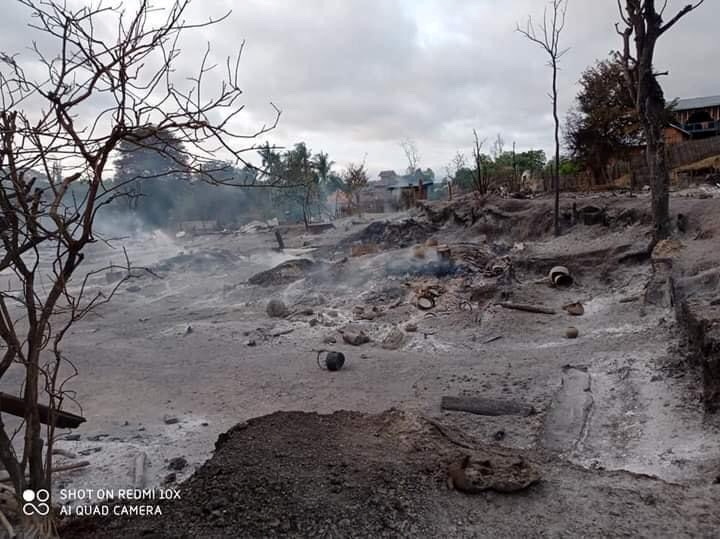 United Nations: India has abstained on a UN General Assembly resolution on Myanmar, saying its views have not been reflected in the draft and New Delhi does not believe the resolution, tabled hastily, is conducive to “aiding our joint efforts towards strengthening democratic process” in the country.

Belarus was the sole country voting against it.

“This resolution was tabled in the UN General Assembly in a hasty manner without adequate consultations with neighbours and regional countries. This is not only unhelpful but may also prove counter-productive to the efforts of the ASEAN to find a solution to the current situation in Myanmar,” India’s permanent representative to the UN ambassador T.S. Tirumurti told PTI.

In the explanation of the vote in the General Assembly hall, Tirumurti said as Myanmar’s immediate neighbour and close friend of its people, India is cognizant of the “serious impact of political instability” and the potential of its spillover beyond Myanmar’s borders.

India has been calling for greater engagement with the objective of peacefully resolving all issues.

“We already have such an ongoing initiative under the aegis of ASEAN (Association of Southeast Asian Nations). It is important that we extend support to the ASEAN efforts,” Tirumurti said.

“During the discussions on this resolution, we had engaged in a spirit of finding a constructive and pragmatic way forward and had accordingly shared our suggestions to those who piloted this resolution,” he said.

“However, we find that our views have not been reflected in the draft being considered for adoption today. We would like to reiterate that a consultative and constructive approach involving the neighbouring countries and the region, remains important as the international community strives for the peaceful resolution of the issue,” Tirumurti said.

He emphasised that the fact that there is a lack of support from all neighbouring countries as well as several countries in the region itself “should, hopefully, serve as an eye-opener to those who chose to pursue a hasty course of action.

“We, therefore, do not believe that the tabling of this resolution for adoption at this juncture, is conducive to aiding our joint efforts towards strengthening the democratic process in Myanmar. We are therefore constrained to abstain,” Tirumurti said.

The resolution expressed “grave concern” at the February 1 coup and called upon Myanmar’s military junta to immediately and unconditionally release President Win Myint, State Counsellor Aung San Suu Kyi and other government officials, politicians and those arbitrarily detained or arrested.

It also called “upon all member states to prevent the flow of arms into Myanmar”.

The resolution called on the Myanmar armed forces to end the state of emergency and respect all human rights of all the people of the country.

It also called on Myanmar to allow the sustained democratic transition, “including the opening of the democratically elected parliament and by working towards bringing all national institutions, including the armed forces, under a fully inclusive civilian government that is representative of the will of the people.”

It voiced concern at the human rights situation of persons belonging to ethnic, religious and other minorities in Myanmar, “including the Rohingya Muslim minority, in particular with respect to the violations committed against them and their rights related to citizenship status.”

Tirumurti said as Myanmar’s neighbour, India has direct stakes in the maintenance of peace and stability in the country and welcomes the ASEAN initiative on Myanmar and the ‘Five-Point Consensus’.

“Our diplomatic engagements will be aimed at strengthening these efforts. We also call for upholding the rule of law and release of detained leaders,” he said.

Tirumurti also noted that Security Council has expressed strong support for ASEAN’s positive and constructive role in facilitating a peaceful solution in support of the people of Myanmar.

The ASEAN Five-point consensus states that there shall be an immediate cessation of violence in Myanmar and all parties shall exercise utmost restraint and constructive dialogue among all parties concerned shall commence to seek a peaceful solution in the interests of the people.

It also states that a special envoy of the ASEAN Chair shall facilitate mediation of the dialogue process, with the assistance of the Secretary-General of ASEAN.

ASEAN shall provide humanitarian assistance through the AHA Centre (ASEAN Coordinating Centre for Humanitarian Assistance on disaster management) and the special envoy and delegation shall visit Myanmar to meet with all parties concerned, it states.

Stressing that India’s position on the situation in Myanmar has been “clear and consistent”, Tirumurti said New Delhi has expressed its deep concern on the developments in Myanmar and strongly condemned the use of violence and urged maximum restraint.

“We are firm that the path to democracy in Myanmar should continue to move forward through the process of democratic transition, which India has steadfastly supported,” Tirumurti said.

“There can be no turning back on this. India will continue to engage with measures to accelerate and support the democratic transition in Myanmar so that the hopes and aspirations of the people of Myanmar are fully respected and met,” he said.

On the issue of repatriation of displaced persons from Rakhine state, he said India has the highest stakes in resolving this issue at the earliest since it is the only country that shares a long border with both Bangladesh and Myanmar.

“We have continued to counsel our partners on the need for a balanced and constructive approach to this issue. Our support has been for people on the ground, at both Cox’s Bazar and in the Rakhine State,” he said.

He said that it was important to ensure efforts towards safe, speedy and sustainable repatriation of the displaced persons currently in Bangladesh to the Rakhine State of Myanmar, be expedited.

“We call on both sides to engage actively on this,” Tirumurti said.

India also commended Bangladesh for hosting a million displaced persons in its territory.