Thousands of protesters descended on the government headquarters and blocked at least two major roads in central Hong Kong to oppose a new extradition bill. 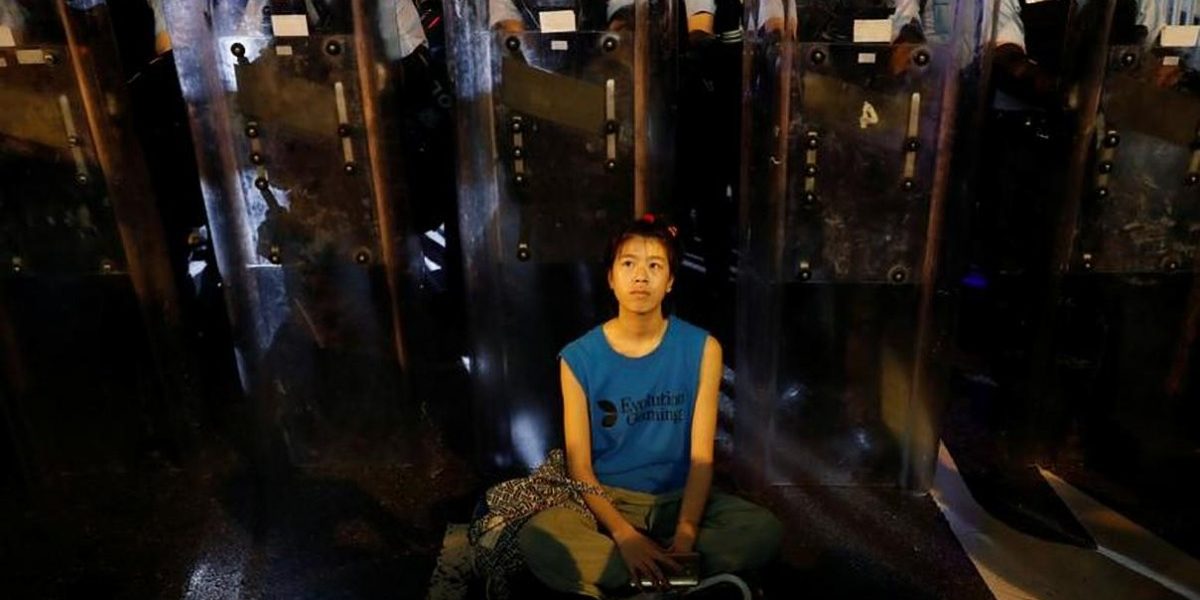 A demonstrator sits down in front of riot police during a demonstration to demand authorities scrap a proposed extradition bill with China, in Hong Kong, China June 12, 2019. REUTERS/Tyrone Siu

Authorities in Hong Kong delayed the second reading of the controversial extradition bill after crowds of protesters blocked access to the assembly on Wednesday. The session would be held at “a later time to be determined,” according to a statement from the government’s press service.

The move marks a victory for the opponents of the Bill which would allow the former UK colony to extradite detainees to mainland China.

Thousands of people crowded the area around the city’s Legislative Council and blocked two major roads in front of the city’s seat of government on Wednesday morning. The protesters overturned metal barriers erected by the police and tussled with security forces, as the officers used pepper spray and warned the crowd they would use force if the pressure continued.

Later on Wednesday, officials announced they had delayed the start of the legislative session because of the protests.

Most of the protesters were young people and students. 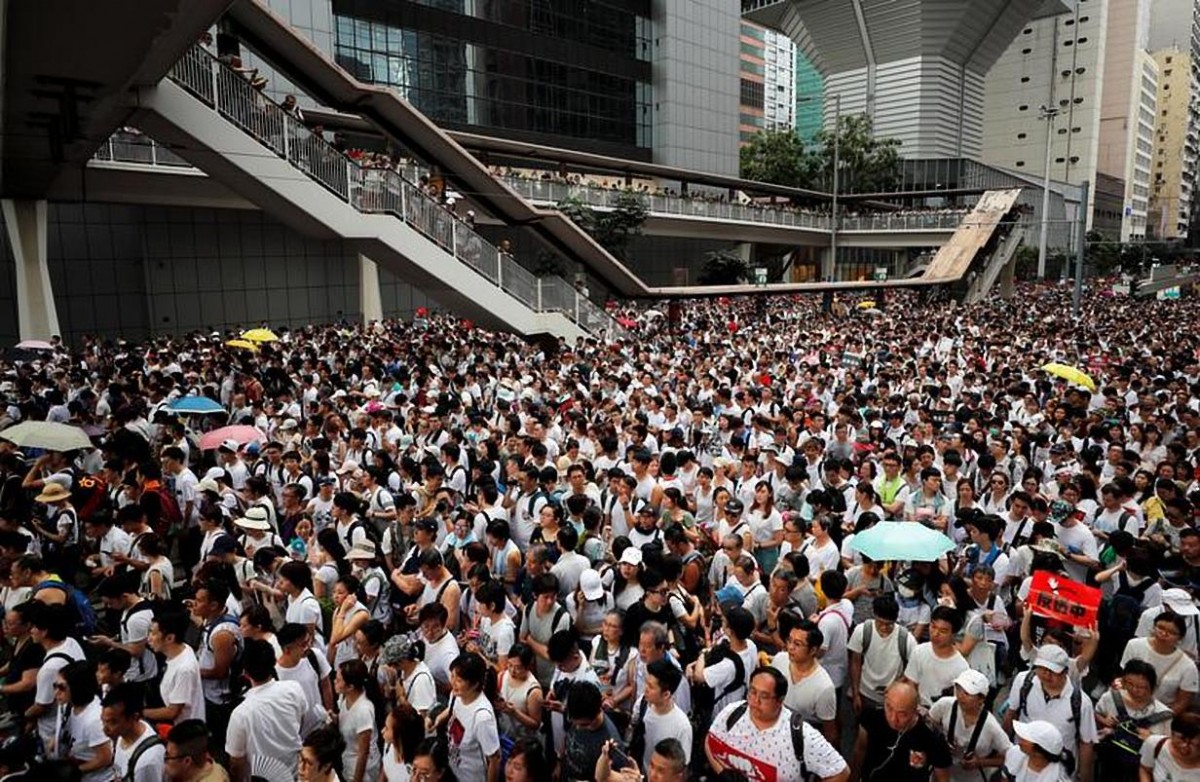 “We’re young but we know that if we don’t stand up for our rights, we might lose them,” 18-year-old protester Jacky told the AP news agency.

City at a standstill

Teachers’ unions said they were planning to strike on Wednesday, and other reports spoke of students boycotting classes to attend the rallies. Members of the Hong Kong Confederation of Trade Unions were encouraged to take sick leave, a union representative told the German dpa news agency. More than 1,000 businesses also pledged to take a day off in order to boost the protest before the Legislative Council.

Several big banks in the Asian financial hub, including HSBC, all agreed to flexible work arrangements, according to Hong Kong media.

The Wednesday protest comes three days after a massive rally against the extradition bill, with organisers claiming a million people attending the Sunday event. The police estimated 240,000 participants.

Despite the scope of the protests, Hong Kong’s Chief Executive Carrie Lam remained defiant and pledged to push through the document which she says closes important “loopholes” in extradition procedure. She also warned the opponents against committing “radical acts” and said her administration was amending the bill to safeguard human rights.

The bill was allegedly prompted by a murder which took place last year when a Hong Kong man allegedly killed his girlfriend while on holiday in Taiwan. Hong Kong does not have an extradition deal with Taiwan. The new bill would enable extraditions to places like Taiwan and mainland China.

Taiwan authorities, however, are against any change to the extradition law. Hong Kong lawmakers are to attend the second reading of the bill on Wednesday and hold a final vote on June 20.