The former president's public decision to lead political activity in that direction fundamentally means asking questions arising out of the US presence in Afghanistan. 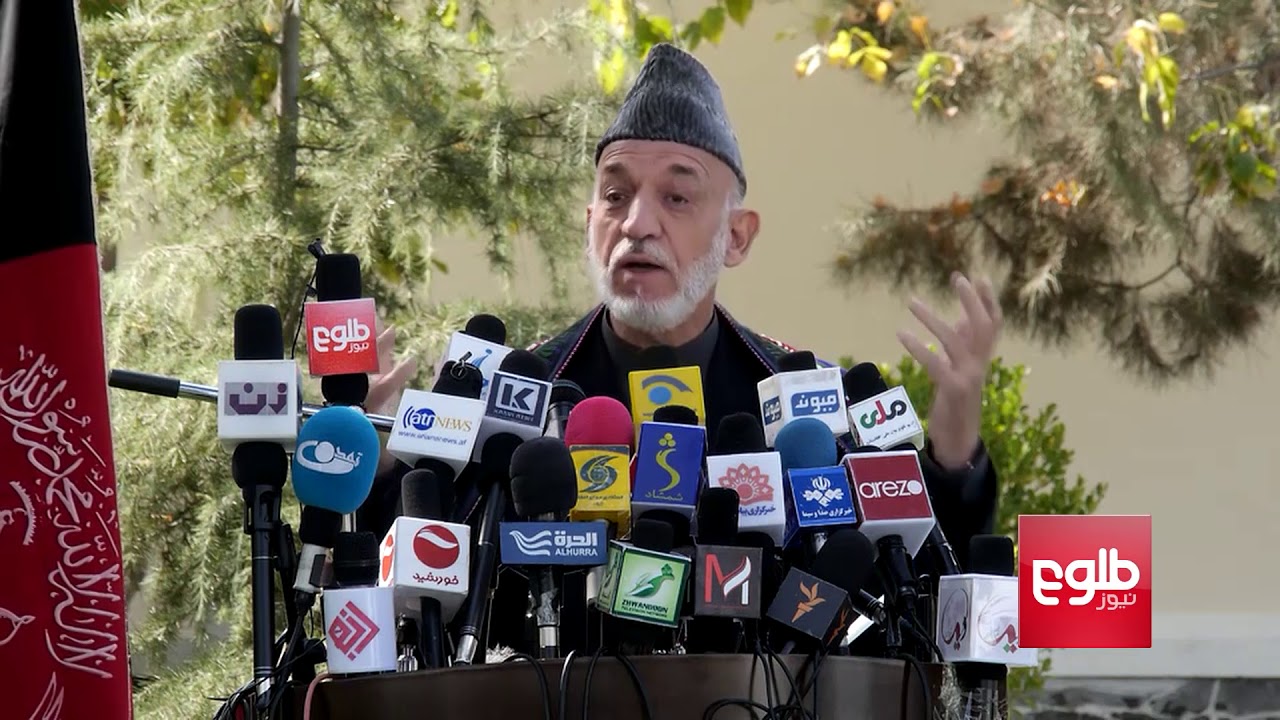 Afghanistan President Ashraf Ghani’s recent dash to New Delhi – timed with the arrival of US secretary of state Rex Tillerson from Islamabad – was perhaps aimed to create the optics of a new emerging configuration in the Afghan theatre that privileges India over Pakistan. This is the reverse of the earlier scenario in which America’s love of Pakistan seemed greater than that of India. However, a development in Kabul earlier this month has the potential to render these calculations superfluous.

On October 12, former Afghanistan president Hamid Karzai, in a media conference in Kabul, publicly called for the holding of a constitutional loya jirga – the traditional Afghan grand assembly – “to deal with the crisis facing the country”, reported Pajhwok, Afghanistan’s independent news agency.

This development can have far-reaching implications for domestic as well as regional and geo-political affairs, not excluding India’s approach towards his country. It is no secret that Karzai remains the most influential political presence in Afghanistan, enjoying nation-wide goodwill that cuts across ethnic and factional lines.

Even today in Afghanistan, the traditional institution of the loya jirga is regarded as symbolising the will of the people in a higher way than the Afghan parliament (which is meant to meet the aspiration of establishing a modern-style democracy, and is of recent provenance). But there is a catch: The loya jirga has traditionally been called by the government. As per custom, the people may call for its convening only in extraordinary circumstances, or to consider an emergent situation when there is no established order.

Karzai’s public decision to lead political activity in the direction of a loya jirga fundamentally means asking questions arising out of the US presence in Afghanistan – in effect, the American occupation, the consequences of which no longer please the Afghan people, although many may wonder about the uncertainties into which they may be plunged if the Americans were to suddenly leave lock, stock and barrel.

The Afghans are in a dissatisfied state as, on the US’s watch, the Taliban are far from subdued and are now thought to have some measure of day-to-day influence in about half the country as they continue their ruthless campaign of suicide bombings, having spread their wings well beyond the south and the east. Pakistan continues with its forceful military and political backing of the Taliban with the Americans calling the shots in Afghanistan. 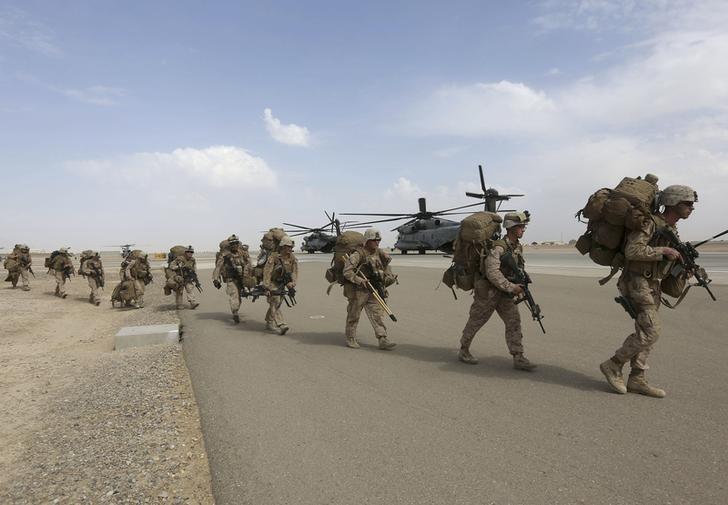 Karzai’s public decision to lead political activity in the direction of a loya jirga fundamentally means asking questions arising out of the US presence in Afghanistan. Credit: Reuters

Further, in the time of the US occupation, in addition to the Taliban flourishing long after the death of the charismatic Mullah Omar, the Daesh (the Islamic State) too have gone beyond leaving their calling card in eastern Afghanistan.

On other counts too, the situation is far from reassuring, and is a lot worse than it was during Karzai’s rule. Karzai had begun his political journey as a friend of the US and turned a bitter critic from the standpoint of national honour and prestige. While still in office, he had begun to question America’s stay in Afghanistan, and felt it was serving no Afghan purpose. There was a succession of standoffs. The US was relieved when Karzai left the presidential palace without a fuss when his term ended in 2014 and a fresh election was called.

In Karzai’s place, the US installed a staunchly pro-Washington regime symbolised by a forced entente between the two rivals who had fought for president. Ashraf Ghani was declared the president and hitched to Abdullah Abdullah, who was made a rough co-equal and installed as the chief executive officer (CEO) by effecting an innovation outside of the constitutional framework.

The two made an unhappy pair. The presidential election had produced a murky result and the Americans, who call all the shots in Kabul, felt that the politics of both these leaders had to be accommodated under the US umbrella. 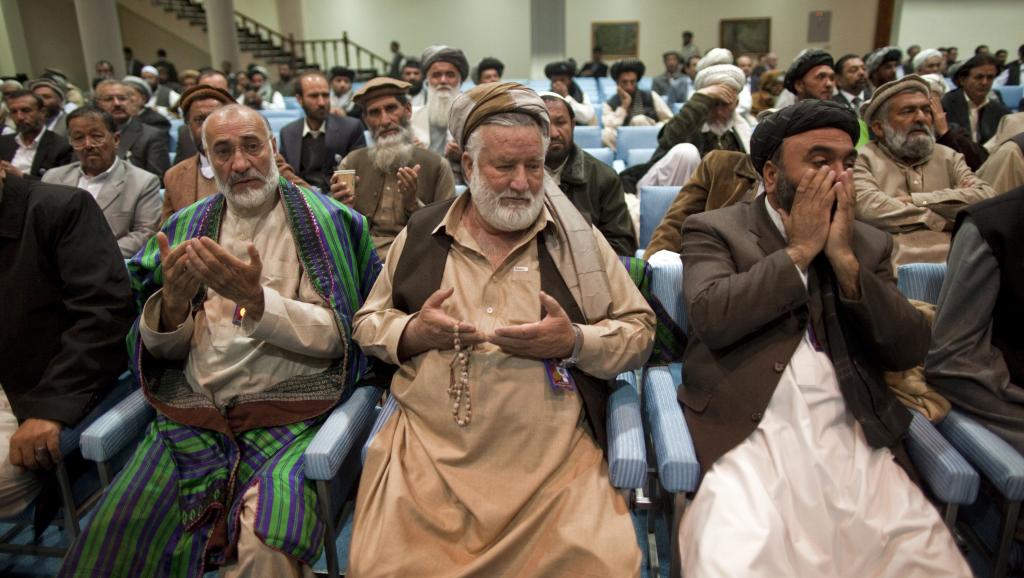 The Washington-manufactured innovation delivered by secretary of state John Kerry in 2014 was to be regularised through a constitutional loya jirga to be held within two years. That time got over in August 2016. This raises questions among the Afghans on the legitimacy of the Ghani-Abdullah National Unity Government (NUG) brought into being through Washington’s assiduousness.

The ineffectiveness of the NUG, arising in great measure from the incompatibility and mutual hostility of its principals whose factions have mostly fought, has served to underline the issue of perceived illegitimacy. Once the NUG took office, the president, the CEO, or the Americans, forgot about the promised loya jirga.

Meanwhile, the term of the elected Lower House of the Afghan Parliament (wolesi jirga) expired in 2015 and there has been no move on the government’s or Washington’s part to hold fresh polls. In short, the institutions in Afghanistan that shore up the political edifice have collapsed. The security scene looks grim and economic chaos engulfs the country.

Many believe that America’s regime in Afghanistan has become a shell entity to advance US interests and not Afghanistan’s, and that Karzai’s criticisms were not without basis, even if they appeared exaggerated at times.

After leaving office, Karzai seems to have moved closer to Russia and China, which are Afghanistan’s immediate neighbours. He hasn’t demanded that the US move out of Afghanistan wholesale, but insists that it adopt an accommodative attitude toward Moscow and Beijing in solving the problem of radical extremism in the Afgnaistan-Pakistan region.

The situation is complicated. So far, both the US and China have been solicitous of Pakistan and the Taliban, while making the right noises about combating terrorism and extremism and working for a genuinely independent and stable Afghanistan. 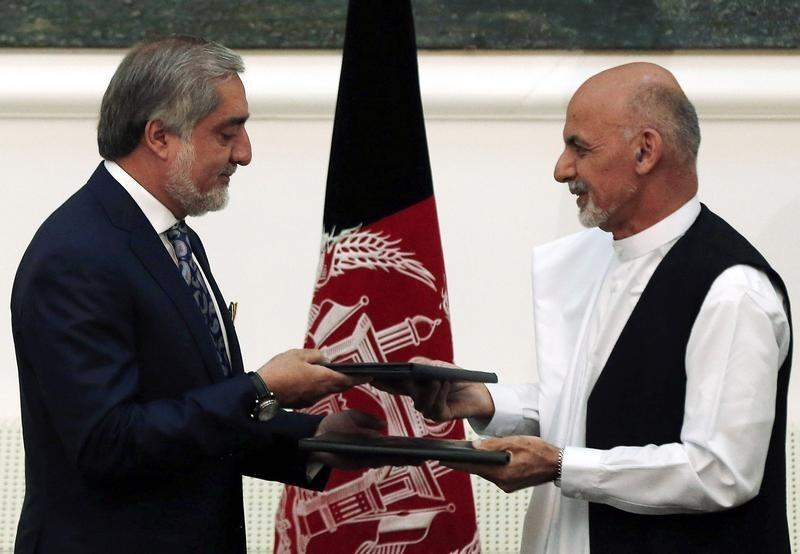 In Karzai’s place, the US installed a staunchly pro-Washington regime symbolised by a forced entente between the two rivals who had fought for president. Credit: Reuters

For various reasons, including the urge to challenge American domination of the area, Russia and Iran are also trying to build political capital with Islamabad and the Taliban, somewhat hedging their bets in relation to India. Islamabad, in contrast, is having the best of all worlds, no matter what Indian chauvinists are led to believe.

Any innovative thinking on India’s part needs to take these evolving realities into account, but there seems little evidence of dynamism and diplomatic foot-work arising from New Delhi. In the Afghan field, India is not unlike the ambitious centre-half who finds himself stranded as others have removed the ball to a far corner. Slogans and shibboleth cannot replace tactical flexibility.

Conversations in Kabul in recent months reveal that the former president is disappointed with India, although he regards himself as an old friend of the country. His perspective is that New Delhi has hitched its star to the American presence in Afghanistan. Karzai urges New Delhi to pursue an independent policy towards Kabul, and cooperate with Beijing and Moscow in Afghanistan.

This understanding has sharpened since US President Donald Trump announced his Afghanistan policy on August 21, which left the impression that India was the new US ally in the region cutting out Pakistan. (Trump’s subsequent praise of Pakistan’s role in fighting terrorism and stabilising the region is more recent, but may not fundamentally alter the Karzai view.)

In an informal conversation in Kabul not long ago, a stalwart of the Karzai camp hoped that India and the US won’t make Afghanistan “a cockpit of intrigue” against Pakistan (as this would destabilise Afghanistan).

When the loya jirga called by Karzai materialises – possibly by early 2018 – the former president’s perspective covering all aspects of governance, especially the dire security and economic situation and the leadership question as a fulcrum of politics, will be up for discussion in an assembly of hundreds of Afghan notables drawn from all tiers of the social and political system.

During visits to Kabul, it has been fascinating to see Karzai assiduously prepare the ground for a loya jirga over the past year, and making spontaneous connect with dozens of rural and urban Afghans from the country’s 34 provinces – among them jehadis from the anti-Soviet war days as well as smart professionals of the young generation, senior-level politicians of all hues and serving and retired officials.

If the former president’s efforts lead to far-going change in the country, Kabul’s choice of preferred partners may be guided by considerations different from those that prevailed earlier. India will do well to anticipate this.

Even as New Delhi – consistent with its deep-seated friendship and goodwill for the people of Afghanistan – extends all the help it can to the government of Ashraf Ghani, it can do no better than to retain contacts at all levels with the Afghan political system as a whole so that it may continue to play its customary constructive role in the country.

Anand K. Sahay is a commentator on politics and foreign affairs and has stayed in touch with Afghanistan over the years.