French voters should understand what it means to live in a country where autocratic populism is the rule. 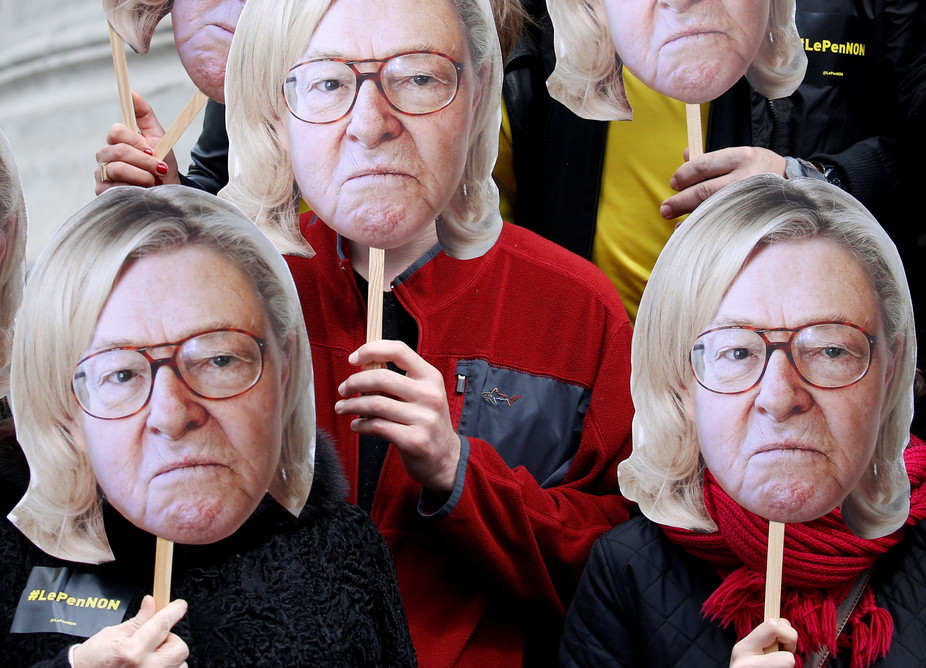 Following in the footsteps of the US, the French are looking to “terrible simplifications” to solve their problems as they head to the second round of their presidential election on May 7.

Polls predict that Marine Le Pen, candidate of the far-right National Front party could take 38% of the vote. Even if she loses on Sunday, some commentators believe that this campaign has paved the way for a victory in France’s 2022 election.

Viewed from Pakistan, this situation is a direct blow to a country which, in our minds, has been the bastion of democracy, rationalism and enlightenment.

France’s embrace of Le Pen is all the more concerning because, in Pakistan, we know exactly what autocratic populism looks like, and what it can lead to.

Founded in 1947 during the Partition with India, Pakistan started its journey into nationhood in the turbulent 1950s, after an independence bill liberated the Indian subcontinent from the British empire.

Ordinary Pakistanis were struggling to eke out an existence. But the new nation’s leaders were experimenting with an ideology, inspired by “two nation theory” of Pakistan’s main thinker, Muhammad Ali Jinnah, that advocated for separated nations for India and Pakistan based on religion. To some extent this communal approach prevented the more critical progressive left from developing in Pakistan.

The 1960s gave rise not only to industry but also to numerous economic crises that challenged the fragile young nation. By the end of the decade, frustration was on the rise among the Pakistani people. Widespread protests ultimately brought down president Ayub Khan in 1968, ending Pakistan’s first military dictatorship.

This change opened the doors for Pakistan’s first populist leader, Zulfiqar Ali Bhutto, whose Pakistan People Party (PPP) emerged at the end of the 1960s atop a rising tide of public approval and support. People loved its slogan, “roti, kapra, aur makan” – “bread, clothing and a home” – and in 1970 Butto was democratically elected as Pakistan’s fourth president.

That’s how Pakistan entered the age of populist politics: at the ballot box. The PPP expounded the same goals that we hear contemporary populist parties claim, namely that of freeing the state from tyrannical and incompetent rulers.

In the troubled context of the war with India and the subsequent creation of independent Bangladesh in 1971, Bhutto maintained his grasp on power. In 1973 he was elected Pakistan’s ninth prime minister, claiming that he wanted to bring democratic changes to the country.

His populism took an anti-imperialist guise, which garnered wide domestic support given both Pakistan’s own history and the state of world affairs at the time, which included US atrocities in the Vietnam War.

But when his power was challenged, particularly on labour and trade questions, Bhutto abandoned democracy. In 1977 he imposed martial law and curfews throughout the country.

The civil unrest that followed galvanised General Zia ul Haq. He deposed Bhutto in a military coup that same year and had him hanged in 1979.

A repetitive pattern of populist leaders

This pattern that has been repeated in Pakistan since then. Our shaky democracy never found stability after Zia, who was killed in a plane crash in 1988.

Democracy would not return until 2008, when the Pakistan People’s Party won a presidential election on a wave of sympathy for the 2007 assassination of former prime minister Benazir Bhutto (daughter of Zulfiqar). For the first time in nearly 20 years, a government was able to complete its five-year term. 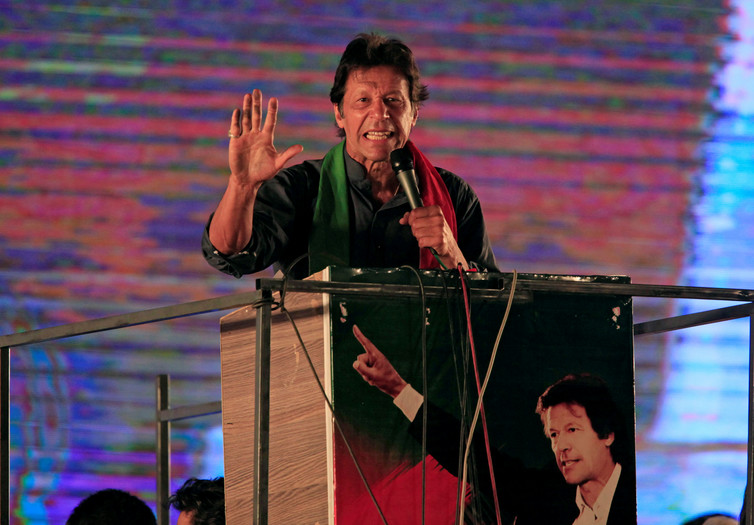 Today, Pakistan once again stands at the crossroads of civilian and military rule. The unpopular sitting government lost credibility with the Panama Papers scandal – in which the huge financial assets of incumbent Prime Minister Nawaz Sharif’s children were exposed – and opponents like the former cricket player Imran Khan are now suggesting that the military should take over.

The media’s role in populism

France is still very far from dictatorship, of course. But Pakistan’s history shows that opening the door to populist leaders is a big step towards a dangerous and unknown future.

If you flirt with extremism, you have to be willing to accept its dire consequences.

Today, populism in Pakistan has a broad and idealistic agenda, ranging from sustenance for the poor to changing the world order. Its euphoric 1960s ideals failed because they assumed the possibility of change as a “push-button operation”.

Still, populism has now become a cultural norm here. It grows from the inner contradictions of a democratic power structure that’s corrupted, incapable of solving social and economic issues and prone to passing liberticidal laws. And it thrives on right-wing patriotic, xenophobic and anti-politics rhetoric. France, take note.

Populist rhetoric also suits the sensation-hungry, ratings-seeking corporate media. In Pakistan the media has openly espoused populism by regularly portraying politics as a dirty game of power-hungry politicians. This narrative gives rise to cynical and anti-politics attitudes within the general public.

To make matters worse, the press covers some of the world’s demagogues, in the US as at home, in a very light manner. Such populist extremists are, of course, happy to win more positive media spin.

Some 8,000 kms from Islamabad, frustrated men and women in France are sick of politics, too. Watching their presidential debates and TV talk shows, they want to see someone who will secure the nation to bring back their lost pride.

Le Pen’s nationalist proclamations that France should “not [be] dragged into wars that are not hers” and other Trump-style “make France great again” slogans have become popular simplifications.

When the decision is upon them, will French voters enter the populist realm of “the fantasmatic”?

Populism can be far more dangerous than it seems, taking all forms of constraints, from negating the diversity of society to censoring individual liberties and free speech.

Are the French ready for that?

It would be devastating to see France – a nation built on the ideals of transparency, equality, freedom, responsibility and compassion – taken down in a tragedy of its own making. Life is not a reality show, and demagogues do not make good rulers.

Take it from a people who know: there is no glorious past waiting to be restored. There is no golden future, either.

As the prophet Zarathustra pithily put it, “Not perhaps ye yourselves, my brethren! But into fathers and forefathers of the Superman could ye transform yourselves: and let that be your best creating!”

Altaf Khan is a professor at the University of Peshawar.