The Politics of Free Speech: Muralitharan and the Sri Lankan State

While the constant state crackdowns against Tamils in the northeast evince barely a peep of concern, Tamils expressing legitimate concerns over a propaganda project have been labelled hecklers, trolls and enemies of free speech. 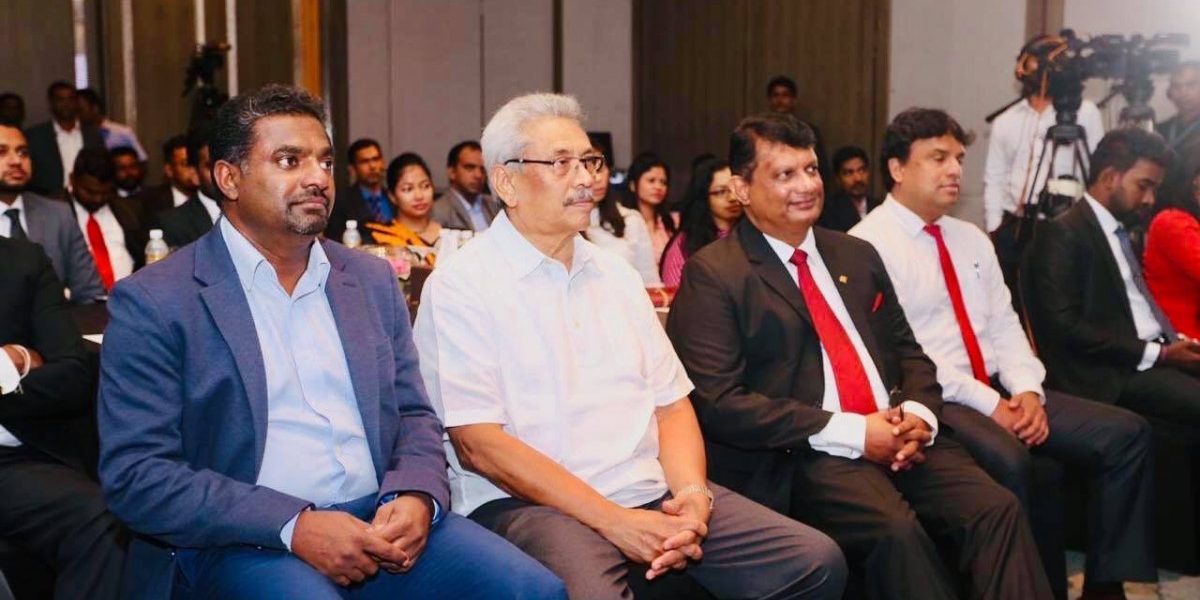 Last month, businesses in towns across the northeast of Sri Lanka shut down in protest against the ban on remembrance of Thileepan, the Liberation Tigers of Tamil Eelam (LTTE) leader who fasted unto death 33 years ago, in a campaign appealing to the Indian government to take steps to protect Tamils from persecution by the Sri Lankan state. Not only did the Sri Lankan police take great pains to ban the commemorations this year, in many places they went further and threatened business owners to open up during the hartal, an attempt to silence the silent protest.

This month, many Tamils on the island, in Tamil Nadu and around the world took to social media to ask Vijay Sethupathi, a beloved Indian Tamil actor, not to lend his face to a project – a biopic of Sri Lankan cricketer Muttiah Muralitharan – which they feared would be whitewashing the crimes of that same state.

Sethupathi’s withdrawal from the film, albeit via a loophole rather than the emphatic rejection that fans had hoped for, is undoubtedly a victory for Tamil clicktivism and a testament to what solidarity can achieve. But it is an outcome that has deeply hurt the egos of the Sri Lankan commentariat and their allies in some Indian media circles. While the constant state crackdowns against Tamils in the northeast evince barely a peep of concern, Tamils expressing legitimate concerns over a propaganda project have been labelled hecklers, trolls and enemies of free speech.

Champions of free speech are difficult to find when it comes to all the ways in which the Sri Lankan state oppresses Tamils, starting with the sixth amendment to the constitution which has essentially criminalised Tamil aspirations for even a federal Sri Lanka since 1983. When Tamil journalists and their families are harassed by intelligence, they say their politics sets them up for that. When the military instigates a government body to bring in new country-wide rules to stop one Tamil lawyer from both representing victims of atrocity crimes and lecturing at a university, they say court activities disrupt university attendance. When a 12-year-old child is executed for who his father is, they celebrate.

Sri Lanka’s Tamils are rarely given a fair hearing on the world stage. But on the occasions when their voices do gain some momentum, there will always be some among them who use their privilege and status to dismiss and deride their concerns. From denying the racism and oppression rife within Sri Lanka, to undermining the decades-long struggle of the families of the disappeared, no one has been more willing to do that than Muttiah Muralitharan.

Muralitharan’s association with the Rajapaksas

The defences mounted of Muralitharan feature multiple riffs on the same line to acknowledge his past problematic statements, but only to deny the real harm that they have caused to victims of the crimes that he downplayed. With appeals to separate the man from his politics, his defenders have constructed an image of a naïve sportsman who has strayed unwittingly into political questioning and fumbled the answers. This couldn’t be further from the truth. He has enthusiastically played PR for the Rajapaksas at crucial junctures, and even actively electioneered for a rabid Sinhala chauvinist politician against a Tamil politician in Colombo.

The anger is not that Muralitharan failed to speak up for victims, as has been wrongly stated throughout this saga, but rather that he spoke up to smear those victims and derail their campaigns for justice. While many refer to the admiration Muralitharan enjoyed amongst Tamils pre-2009, they fail to make the logical leap that his later, conscious decisions have shattered that goodwill for many. This is especially perverse in mentions of Muralitharan’s philanthropy towards Tamils in the north.

The appeal to look beyond his political actions and concentrate on his charity are no different to the idea that Tamils should see past the atrocities committed by the Rajapaksas and admire them for laying roads in the north, or that they should ignore the sinister militarisation of the northeast and thank the army for its involvement in civilian life. These narratives always betray a deeply racist condescension towards Sri Lankan Tamils as an infantile population, the grateful recipients of charity from their magnanimous former enemies, devoid of political aspirations or dignity.

This goes some way to explaining why the campaign targeting Vijay Sethupathi has sparked so much anger among establishment pundits. Boycotts are a legitimate and often successful form of democratic action. But when these actions are wielded by those expected to be subdued, they must instead be disparaged as dangerous and deranged. That Kollywood, a cultural behemoth that could have lent a veil of legitimacy to the Muralitharan project, was actually held accountable by the Tamil masses, has infuriated those who are used to controlling the narrative.

Sethupathi was considered among a class of celebrities whose talent and off-screen persona allowed them to transcend formulaic masala films while still holding mass appeal. For him to become the face of a mythical narrative where a minority crickerter was able to rise through the ranks through nothing but hard graft, would have been just the soft-power play the Sri Lankan government could have done with. This could not have been more obvious when Sri Lankan member of parliament Namal Rajapaksa, the son of the former president who has taken on the lion’s share of the clan’s public relations management, tweeted his enthusiasm for Vijay Sethupathi’s involvement in the film.

In the past, the Rajapaksas have hired expensive PR firms in a bid to rehabilitate their image and have even been joined on the campaign trail by Bollywood actor Salman Khan. Ultimately, the recent protests were about preventing Tamil cultural icons from participating in what was essentially a project to burnish the credentials of the Sri Lankan state.

Liberal commentators pretend not to see this when making appeals for freedom of expression and for the primacy of entertainment over politics. Notably, the cries of ‘censorship’ and ‘cancel culture’, and comparisons to past bans belie the fact that the viral campaigns never called for a ban.

The Sri Lankan cinema industry regularly churns out Sinhala military propaganda which barely makes a ripple, even amongst those who constantly complain about the whitewashing of the LTTE. But a feature film produced in Tamil Nadu featuring Kollywood stars would have been just the propaganda coup Muralitharan and his political masters needed to launder their reputations.

The author is a Tamil activist and an independent writer.