The demilitarised zone offers visitors coming to South Korea for the Winter Olympics a surreal mix of doomsday military installations and tourist attractions. 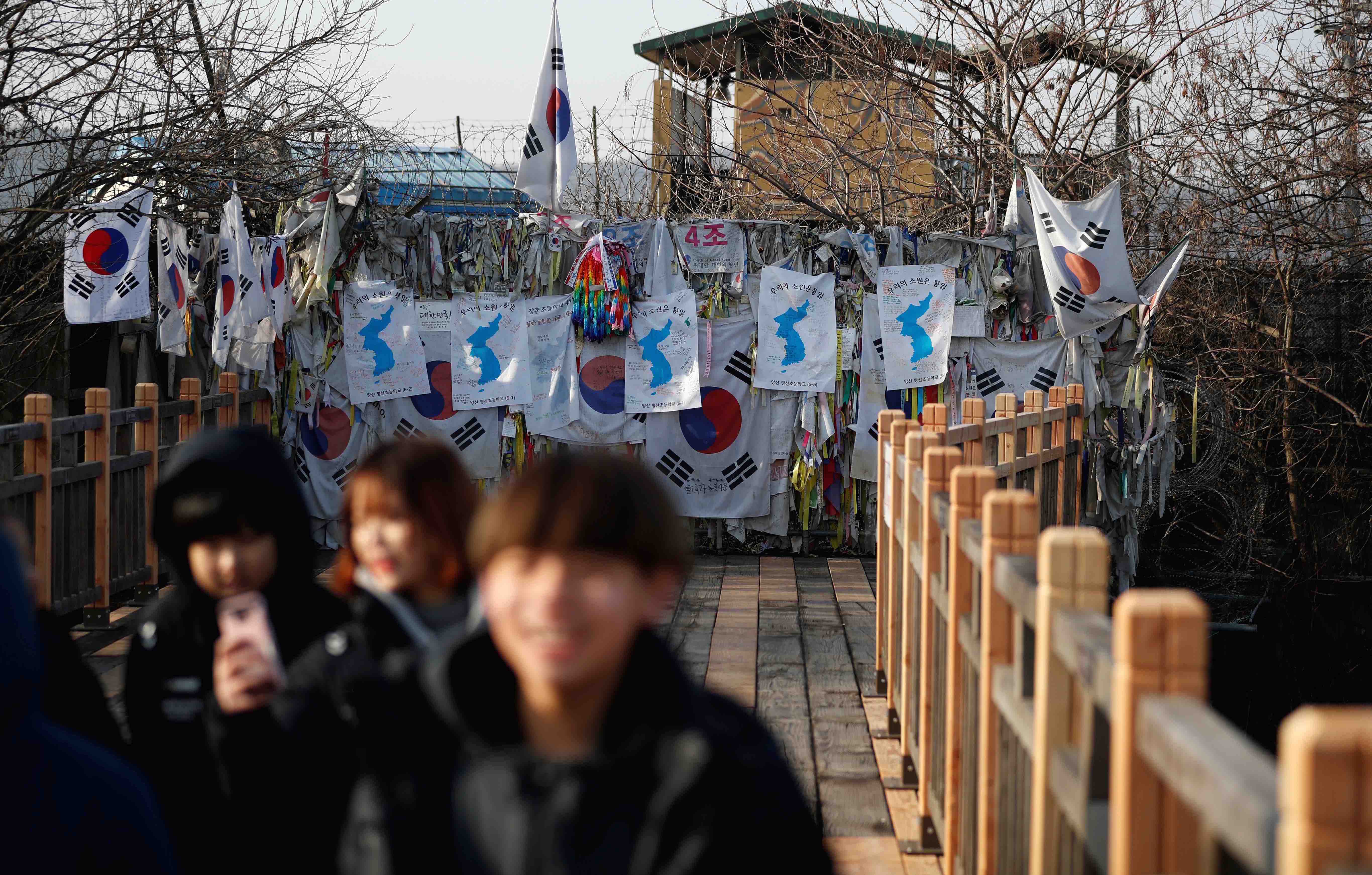 Panmunjom: Along the heavily fortified border between North and South Korea, the Olympic thaw in relations has led to more tourists and VIPs and fewer security incidents, tour operators and international soldiers stationed there say.

Tourists can gawk at bullet holes that still mark the site where a North Korean soldier dramatically defected across the border at the Joint Security Area (JSA) in Panmunjom in November, under fire from his former comrades.

But the UN Command (UNC) officers who help oversee operations here and elsewhere along the 250-km (155-mile) DMZ say they are cautiously hopeful the recent flurry of talks and Olympics-related exchanges between the two Koreas will make their jobs less stressful.

South Korea wants to use the Olympics – which officially begin on Friday – to re-engage with North Korea and open the way for talks to resolve one of the world’s most dangerous crises.

“The North Koreans certainly seem to be on their best behaviour,” Royal Canadian Navy Commander Robert Watt, chief of staff for the UN Command Military Armistice Commission, told Reuters as he stood just steps from the border on Wednesday.

According to the UN command, in 2017 more than 105,000 tourists visited the JSA from South Korea, while nearly 30,000 visited from North Korea, which has expanded its tourist offerings in recent years.

South Korean tour operators say tours of the JSA and DMZ are up to 20 to 30% above average for this icy time of year, a spike they attribute to the surge of Olympic visitors and the thaw in tensions.

“Usually in February not many visitors come to South Korea because it is the off-season,” said Kim Sun-hee, director of Joongang Express Tour.

Besides driving more tourists to the border, the Olympics detente seems to have lowered tensions on the border, at least temporarily.

Instead of responding to the usual North Korean provocations, Watt said UNC units have been helping process arriving members of North Korea’s Olympic delegation and taking numerous media and international VIPs on tours.

One of the largest peacetime crossings of the border was made on Wednesday, with a group of 280 North Koreans entering the South, including a 229-member cheer squad, taekwondo performers, journalists and the sports minister.

South Korea and the US-led UNC force are technically still at war with North Korea after the 1950-53 Korean conflict ended with a truce, not a peace treaty.

Tensions on the border were already high following a series of bellicose exchanges last year between US President Donald Trump and North Korean leader Kim Jong Un before the North Korean soldier defected in late November.

Oh Chong Song was shot multiple time as he scrambled to the south side of the JSA compound. Several shots hit buildings in the South, and a North Korean guard briefly ran across the border as he pursued the defector.

That incident led to the North Koreans replacing the entire detachment of soldiers assigned to the JSA, increasing security measures in the area. North Korean soldiers now only rarely stand close to the official border, Watt said.

Another North Korean soldier defected across the border in December, and South Korean border guards fired warning shots along the DMZ at an apparent North Korean search party.

The UNC troops at the border are quick to note they are not a peacekeeping force, and often go out of their way to tell of North Korean provocations.

But Watt said his troops try to also remind visitors that while tense, the current situation is better than the horrors of the Korean War.

“The worst days of the armistice are better than the best days of war,” he said.