Factories that produce fast fashion garments are still highly dangerous workplaces – and not just because they might collapse. 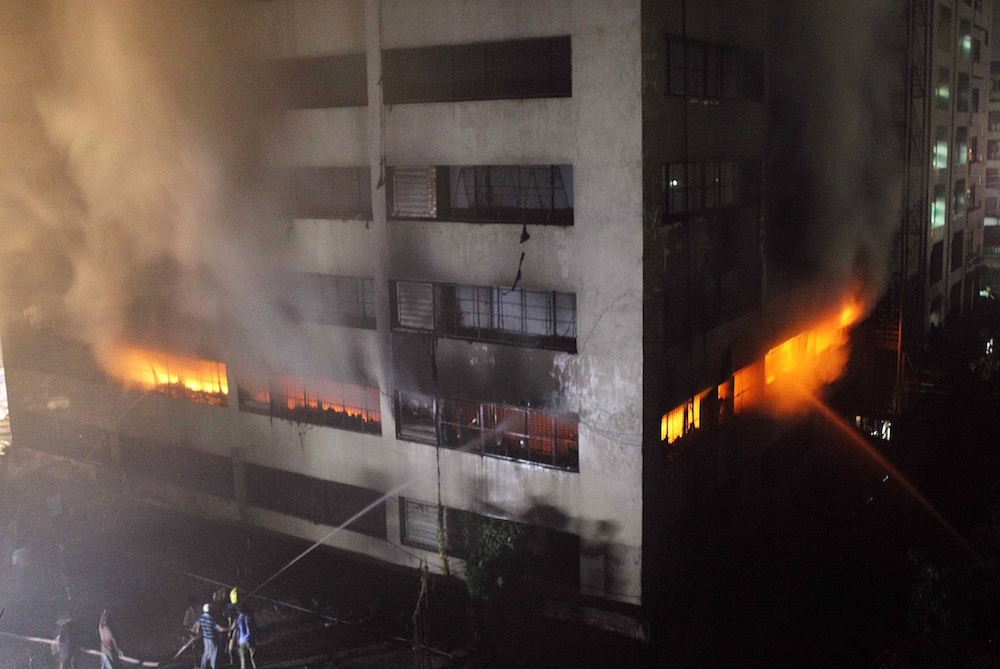 For years, American and European retailers have turned to Bangladesh to produce clothing at rock-bottom prices. Credit: Reuters

Exactly five years ago, in November 2012, a fire in the Tazreen Fashions factory in Bangladesh killed at least 112 workers. Probably caused by a short circuit on the ground floor of the building, the fire rapidly spread up the nine floors where garment workers were trapped due to narrow or blocked fire escapes. Many died inside the building or while seeking an escape through the windows.

Just five months later, the collapse of the Rana Plaza building killed 1,134 garment workers and injured hundreds of survivors. Rana Plaza was an eight-storey commercial building that housed garment units on its upper levels. The building that collapsed had already been evacuated the day before after cracks were identified, but the factory management had made workers return to work under the pressure of looming shipping deadlines. During the morning rush hour, the building collapsed in on itself like a house of cards.

These two incidents and a string of other disasters in garment factories across South Asia exposed the brutal employment conditions in the garment industry, and the deadly cost of “fast fashion” to workers who produce clothes under strict deadlines for very low wages. In the ensuing years, a number of new initiatives have been set up to improve factory safety and compensate injured workers and the families of those killed.

The 2013 Accord on Fire and Building Safety in Bangladesh, a safety pact signed by global unions and more than 200 brands, has taken important steps towards making global apparel companies accountable for the safety of factories in their supply chains. Measures taken include a series of building inspections, upgrades and closures where buildings are deemed structurally unsafe, as well as an attempt at making brands and retailers contractually liable for the safety of the factories where their garments are produced.

But five years on, not enough is being done to protect garment workers, and these new initiatives haven’t gone far enough to address the multiple attacks on workers’ everyday health and well-being. 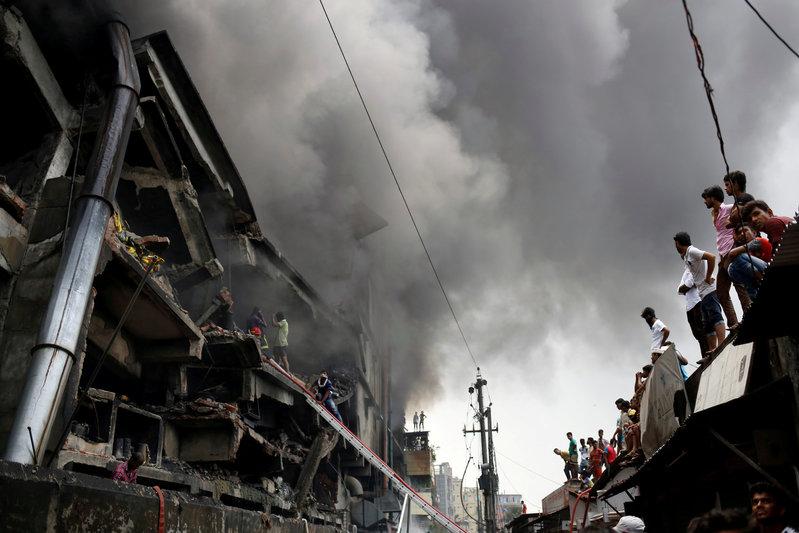 Codes of conduct, continually used by apparel companies to monitor the working conditions of their suppliers, narrowly focus on building safety and physical infrastructure with a bias towards what can be seen and audited. These codes are poorly implemented, allowing building fires and collapses to continue; they also ignore many things that threaten workers’ health and well-being on a day-to-day basis.

The Accord on Fire and Building Safety in Bangladesh likewise focuses exclusively on physical infrastructure, leaving out a host of other issues that affect workers’ health on a daily basis and undermine their long-term well-being: long working hours, physical and bodily exhaustion, intense work rhythms, harassment, and the lack of any meaningful representation. All these problems and more are still too often invisible.

In our new book, Unmaking the Global Sweatshop: Health and Safety of the World’s Garment Workers, Hasan Ashraf, a Bangladeshi anthropologist who conducted six months of fieldwork at a Dhaka knitwear factory, writes about the long list of everyday health threats he witnessed: everything from dust and smoke inhalation, noise, lack of ventilation, eyestrain, musculoskeletal pain, stress, and exposure to lights, electric wires, and chemical adhesives. Ashraf discovered that workers are having to make a trade-off between earning a living and caring for their health, which can rapidly depreciate during their working lives, undermining their long-term physical and mental well-being.

Similarly, a recent report by the non-profit organisation Better Factories Cambodia also concluded that poor working conditions “have contributed to a wave of incidents of mass fainting among Cambodian factory workers – allegedly caused, at least in part, by exhaustion, overheating, and malnutrition”.

The fast fashion industry needs to realise that for garment workers, health means more than just the absence of injury. It encompasses physical, social, and mental health, all of which are threatened by the stress and stigma that extend well beyond the shop floor and into workers’ lives long after they stop working.

Everyone and every organisation involved in the global clothing supply chain needs to consider not only the symptoms of ill health, but also its causes. And one of the central causes is the global system of the industry itself, which relies on outsourcing and subcontracting and offloads the social costs and risks of garment production onto already vulnerable workers in countries such as Bangladesh and Cambodia.

The future well-being of garment workers around the world relies on the industry accepting its responsibility to these people – and understanding that that responsibility extends well beyond the structural safety of the buildings they work in.