What Explains the Mercurial Rise of Jeremy Corbyn, an 'Outsider', in the UK Polls?

Fairness and dignity along with the guarantee of work and security are at the heart of the Labour Party leader’s campaign and politics – promises that Corbyn has stood by despite fierce opposition from the mainstream establishment. 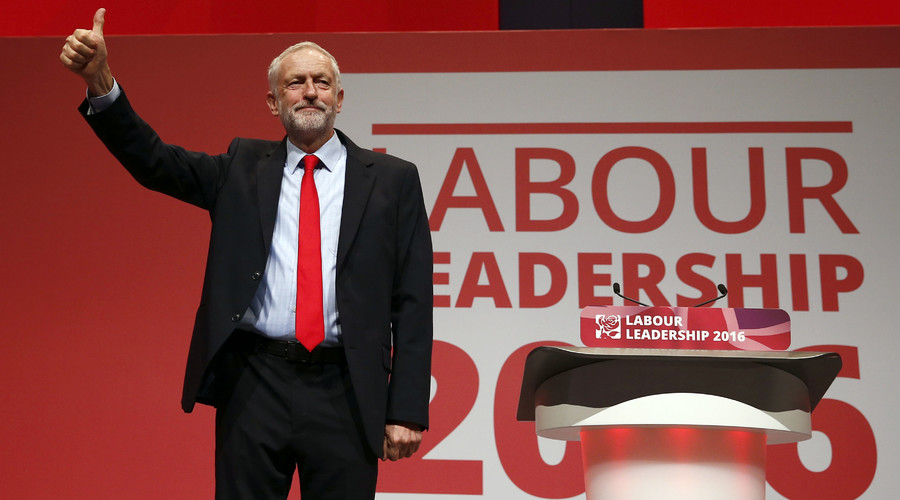 Over the last decade, with the global economic crisis taking a more protracted form and with the voices of opposition to a certain kind of globalisation becoming sharper, the politics in the western democracies have been animated by new formations, new questions and new issues that have shaken up the established political class.

While the likes of Donald Trump, UK Independence Party (UKIP) and Marine Le Pen have brandished an anti-establishment, popular rhetoric that has been premised on hyper-nationalism, anti-immigration and unabashed Islamophobia, a different rebellion against the establishment is emerging in the UK. With the British elections due in less than two week’s time, the Labour Party leader, Jeremy Corbyn is fast emerging as the Left’s answer to the ultra-Right in taking on the political-economic establishment.

In just under three weeks, latest polls in the UK suggest that the Corbyn led Labour Party has substantially slashed the Tories’ poll lead. An extraordinary story is shaping up in Britain and one can draw important lessons from this story.

What makes Corbyn stand out?

Corbyn is presently the Labour Party leader, having been elected first in 2015 and then again in 2016 after facing a virtual coup from the Labour Party’s parliamentary establishment. Corbyn was literally the outsider when he signed up for contesting the position for the Labour leadership in 2015. Being to the Left of the mainstream Labour Party, bookies actually gave Corbyn a 200/1 chance of winning, but here he is, as the commander in chief for the Labour Party, heading into the next general elections. This entry of Corbyn into mainstream political life can be seen as the entry of the ‘outsider’.

Corbyn, 67, has been an MP from Islington North for the last 32 years. Interestingly, Tony Blair, the former British prime minister and the leader of ‘champagne socialism’ or ‘New Labour’ of the 1990s belonged to Islington North. However, unlike Blair and a lot of the Oxbridge-educated political elites belonging to the British political establishment, Corbyn has never had a formal education beyond grammar school. After passing out of school, Corbyn got involved in trade union activity and eventually joined the Labour Party in the mid-1970s.

Corbyn stands out in these times as one who has crafted a principled Left-progressive politics throughout his political life. In 1985, as a young MP Corbyn would allow miners into the House of Commons gallery, who lodged their protest by shouting “Coal not Dole”. Also, in 1983, he would speak on a “no socialism without gay liberation” platform and continues to campaign for LGBTIQ rights. Corbyn has also taken principled positions with respect to foreign affairs. He opposed the Apartheid regime in South Africa and has been a longstanding member of the ‘Palestine Solidarity Campaign’. Significantly, he was also the chair of the ‘Stop the War’ coalition against the Iraq invasion in 2003.

The grounded, humble and unassuming personality of Corbyn has been a subject of both admiration and scorn, with some suggesting he does not have the aspiration or competitiveness to become the prime minister. These questions have come up before Corbyn as well and his response has been that he too has an aspiration. His aspiration has been for “Everybody to have a house.”

As he leads the Labour party into this snap election, what is reassuring about Corbyn is that he continues to hold on to these positions, despite fierce opposition from the mainstream establishment, including powerful sections of the Labour Party as well. A testament to his tenacity of standing by and forging a principled alternative to the establishment has been the Labour manifesto which many believe has been one of the key reasons for his growing popularity.

Titled ‘For the Many, Not the Few’ the promise of the manifesto is that it promises to deliver fairness for the many. A rapid word-search of the manifesto reveals that the word fair or fairness has been used over 40 times in the Labour manifesto. It is a manifesto that has definitely caught the attention of the many, by declaring that the way forward is to replace the unfair and unjust system with one that is fair. In promising to do so, Corbyn is promising to make some radical changes in the way things have been running in the UK. One of the things that Corbyn has promised to do is to nationalise the public health service system in the UK, the National Health Service (NHS) and do away with health acts that put ‘profit over people’.

The manifesto goes on to state that in order to provide ‘Healthcare for All,’ a Corbyn-led Labour government “will reverse privatisation of our NHS and return our health service into expert public control. Labour will repeal the Health and Social Care Act that puts profits before patients, and make the NHS the preferred provider”.

Similarly, Corbyn has promised to re-nationalise the railways, which were privatised in 1993 under the Torie government in the early 1990s. As part of this commitment to making Britain a fairer country for the many, especially the many young students joining college, Corbyn has declared that if elected, he would affirm the principle that ‘education should be free’ and therefore university tuition fee would be abolished by an elected Labour government under Corbyn.

Finally, on the hotly debated and polarising issues of Brexit and immigration too, Corbyn has stuck to his position that the only way forward is to ensure that the rights of British workers are protected and that Britain continues to remain a part of the single market union while giving parliament and local bodies the power to define what kind of a Brexit they want. On immigration also, instead of promising target numbers of immigration, Labour has promised to put fair rules, reasonable management and above all jobs and growth as a means to tackle immigration.

The Labour manifesto is being seen as an extension of Corbyn’s lifelong political commitments and a clear alternative to the establishment. Fairness and dignity along with the guarantee of work and security are at the heart of Corbyn’s campaign and politics. This manifesto marks a tectonic shift away from the New Labour kind of policies that dominated the Labour Party. It also marks out the perseverance of Corbyn in pushing through these agendas despite stiff opposition.

It is, therefore, no surprise that for a country which has seen rising levels of inequality, job losses and a growing anxiety fuelled by insecurities and precariousness, Corbyn’s politics and policies have possibly touched the right chord, as the polls indicate. However, these sets of policies, which also includes higher taxes for the super rich, has evoked strong responses from the right-wing establishment and mainstream media, which has declared Corbyn a ‘loony lefty’ who plans to take Britain back to the 1970’s. Studies have also shown how Corbyn, after assuming Labour’s leadership, has been on the receiving end of the media, with mainstream media houses like the Daily Telegraph and Daily Express presenting an antagonistic image of Corbyn before the British public.

Despite such hostility from the establishment, both within the Labour party and outside, what makes the mercurial rise of Corbyn, the outsider, an interesting story for many people across the world is that despite such opposition, he is standing by his politics of making the impossible, possible. The recent elections in France and the encouraging performance of Corbyn in the UK elections also point to a moment in which a challenge to the ultra-Right movements is being finally and effectively put up. A movement of alternative politics backed by concrete policies that reach out to the many is giving rise to a Left populist tendency which can drive a decisive blow to the xenophobic, ultra-nationalist populism of the Right while unleashing a potential to break entrenched hierarchies and inequalities of the present globalised order.

While chances are that despite the surge Corbyn will lose the elections, he is laying down a clear alternative. Left-wing parties around the world, such as in Europe or even India, who are taking on the tide of right-wing movements can learn valuable lessons from this particular experience.

Finally, just like a game of football, elections can never be said to be over before they are actually over. Therefore, for those rooting for Corbyn, one can take heart from the fact that if a Leicester City can win the British Premier League starting with an outside chance of 5000-1, these elections might just throw up a surprise Corbyn victory in these uncertain times.