Waiting Half a Lifetime For Justice in El Salvador

An investigation has given hope to families in El Mozote seeking justice for their loved ones who were killed in the brutal civil war in in El Salvador. 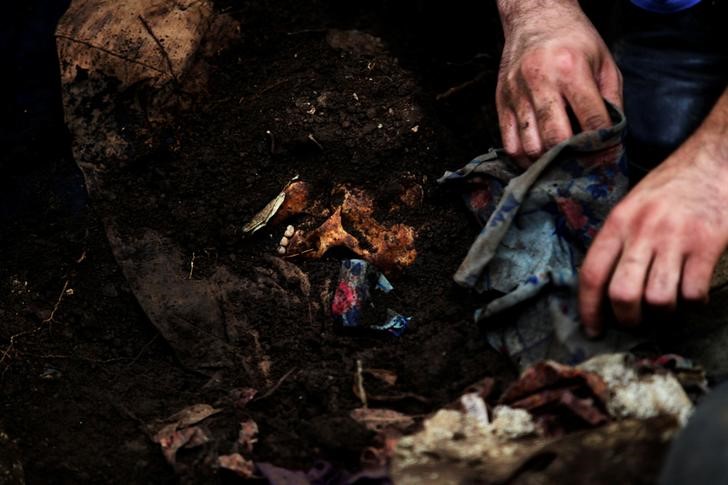 A human skull is unearthed as members of the forensic team and auxiliary workers exhume a grave at the site of the EL Mozote massacre in the town of Meanguera, El Salvador, November 24, 2016. Credit: Reuters/Jose Cabezas

El Mozote, El Salvador: Survivors of 1981’s El Mozote massacre are closer than ever to justice after the reopening of an investigation begun more than a quarter-century ago into the army-led killing of about 1,000 people, casting light on a horrific symbol of the unaccountability for atrocities in El Salvador‘s civil war.

The killings went unpunished because of an amnesty law that from 1993 prohibited prosecution of crimes from the war, which between 1980 and 1992 claimed 75,000 lives and led to over 8,000 disappearances.

Bodies of El Mozote victims rotted outdoors and many were devoured by animals, while others were buried or burned by soldiers involved in the operation. Survivors could not bury their dead or find closure in justice.

But in 1991, Argentine forensic experts began helping to disinter remains to identify the victims, forgotten by politicians and society during decades of official silence. 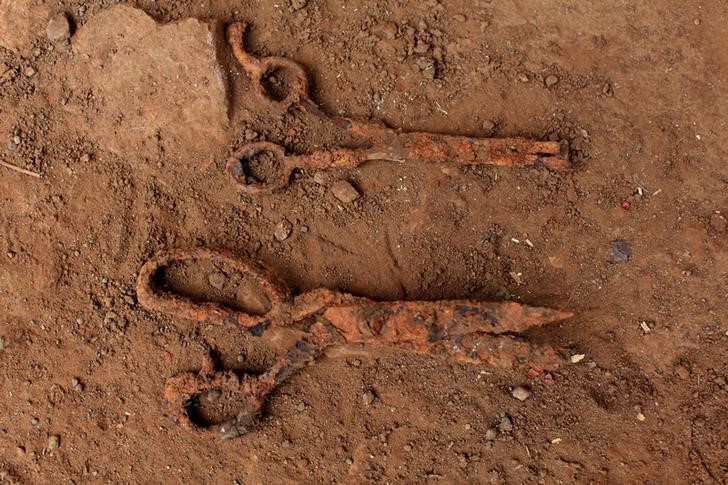 So far they have gathered remains of 400 people, and this year in January their work attracted special attention on the 25th anniversary of El Salvador‘s 1992 peace accords.

Eustaquio Martinez has spent more than half his life searching for the remains of his wife and six children, executed in December 1981 by an army battalion, along with roughly 1,000 unarmed civilians in El Mozote and other parts of Morazan, a district 200 kilometers northeast of San Salvador, the capital.

“Some of (my) little ones were shot, some had their throats cut,” the 65-year-old Martinez said, sobbing as he told Reuters how the soldiers killed his family under the shade of a mango tree. He was spared because he was on a trip at the time.

Their killers accused them of collaborating with “the communists” from the Farabundo Marti National Liberation Front (FMLN), currently the ruling government party.

Another step toward redress was taken last year when El Salvador‘s Supreme Court declared the amnesty law unconstitutional. The investigation was reopened and a court began a case against 18 soldiers who were called to testify in March. Salvadoran legal records show only one lawsuit, filed in 1990, over the killings.

The investigation has given hope to Martinez and 60 other families seeking justice for their loved ones in El Salvador.

In a report by a UN-backed Truth Commission, several military officials were accused of being involved in what the government at the time termed a “counterinsurgency operation.” One of them was General Jose Guillermo Garcia, defense minister between 1979 and 1983.

Garcia, 82, was deported last year from the US where he had lived since 1989, and brought to court in March to answer questions about El Mozote. He is also wanted in respect to other crimes such as the 1980 murder of San Salvador Archbishop Oscar Romero and four American churchwomen.

In December, Vice President Oscar Ortiz and other senior officials joined in the annual commemoration of the El Mozote massacre.

Twenty one small white coffins filled with bones were buried in the local cemetery amid speeches, songs and candles.

“What we want is justice,” 58-year-old Jose Marquez, who lost his parents and siblings in the massacre, said during the ceremony. “The people who did this – some of them died, but others are alive and they’re still free.” 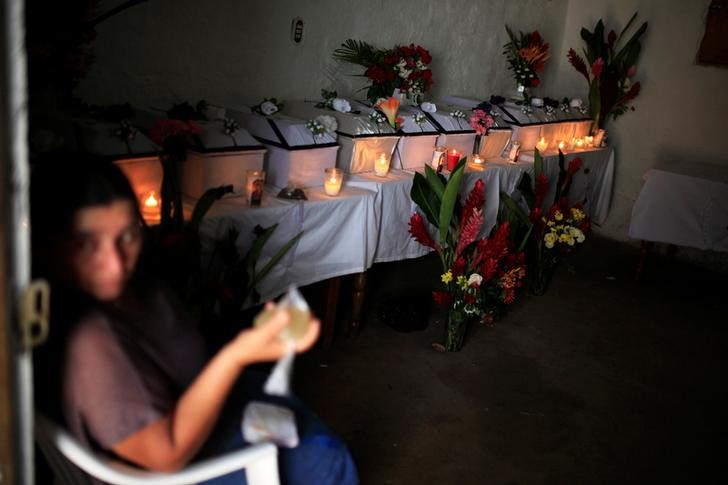 A woman attends the wake of people who died in the EL Mozote Massacre, in the village of La Joya, Meanguera, El Salvador, December 11, 2016. Credit: Reuters/Jose Cabezas