Dhaka Attack: How We Inculcated Something So Monstrous Among Our Children

We have created our own demon. “IS” or whichever shadow political player is behind this, they just found the sweet spot – our abandoned children. 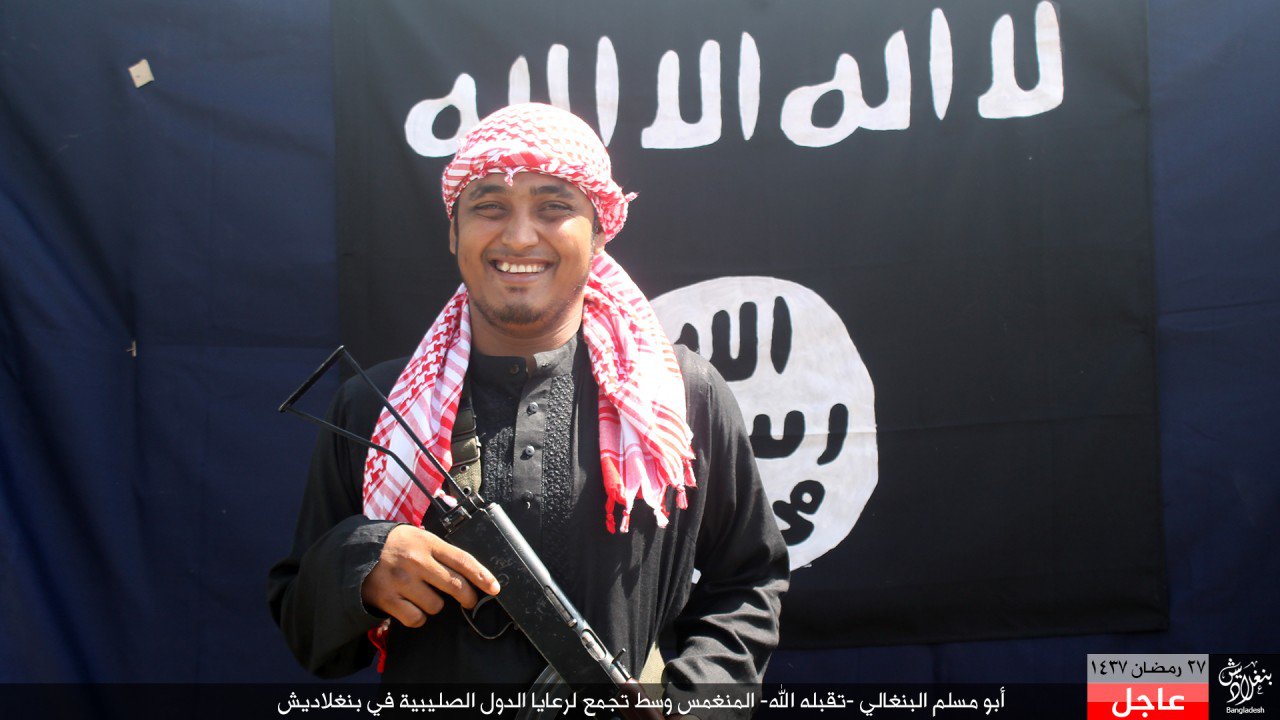 People attend a candle light vigil for the victims of the attack on the Holey Artisan Bakery and the O’Kitchen Restaurant, in Dhaka, Bangladesh, July 3, 2016. Credit: REUTERS/Adnan Abidi

‘Your Children Are Not Your Children.
They Are the Sons and Daughters of Life’s Longing for Itself”
– On Children by Kahlil Gibran

Dhaka: It has been three days since Holey Artisan Bakery was under siege and 23 people were killed. I had been thinking of going there to pick up a few things since Friday morning. We were almost there for a post iftar gelato, until my son made us take a detour to Lake Shore Hotel for his snack. We were inside that hotel when the attacks started, and then stood there and witnessed all hell breaking loose. Almost immediately, yhe roads were partially blocked. After a few hours I decided to walk back home, holding my sleeping child in my arms, leaving my husband behind in the car. In darkness and silence, I realised I have chosen my child over everything else, and had the strength to carry his heavy body for an indefinite period. This must be what every mother feels in war zones – the need to protect their progeny. Meanwhile, half a block away, someone’s son was slaughtering his brother, friend, fellow countrymen, and guests.

After two consecutive sleepless nights we got to know the names and affiliations of the perpetrators. Their Facebook and other social media profiles were dissected into pieces. Parents were cursed for giving birth to such monsters. For the first time, the audience was perplexed to see affluent young adults as perpetrators. Now, juxtapose the photos of victims next to perpetrators – what do you see? If you are sad to see beautiful souls like Faraaz, Abinta and Tarushi wither away then you should be equally devastated by the fact that, Mobashshir, Nibras, Tasin and Rohan are of same age and they are someone’s children too. What have we collectively done to inculcate such monstrosity among our children?

Being an anthropologist and a mother is a blessing in disguise which keeps me sane in trying times. All I have been trying to do is to assemble the jigsaw puzzle left in the wake of the attack. More than the absence or presence of “IS” in South Asia, I am keen to explore the lives of these “IS recruits,” and the possible social causes and consequences. Now most of the media reports say that these perpetrators were missing from their home for a while, and assumed that they were being trained during that period. Most of these reports are looking at the surface, pointing fingers at their English-medium education, and the failure of their parents to raise them as good citizens. Through these reports you see the crystallised divide along class-religion-location lines.

Let’s take a break from blaming the government for being inefficient. We have been doing that for five decades now, and are supposed to be numb by now to such incompetence, blame game, and inaction. Let’s shift the gaze instead back to us – the middle class and our culpability. Since the birth of this nation, all we did was sacrifice ourselves –  to create a brighter future for our children, but not for the nation. Until the 1980s, this was not much of a problem as our parents’ middle class value system governed us and as obedient subjects we accepted the patriarchal rules and partially empowered mothers. Most of the members of this heterogeneous class grew up watching national television, reading romantic novels, following the national curriculum, and believing in the narratives of valour in nation making. These familial values and national culture somehow tied together various factions of the middle class and their imaginations. They made minor lifestyle changes around particular ideologies, and did not emerge as globetrotting cosmopolitans just yet. Photographs of the five terrorists who attacked the Dhaka restaurant on Friday, as released by ISIS.

With the neoliberal turn in the early 1980s, we saw major shifts in the economy and lifestyle in Bangladesh. It was not only the MNCs and NGOs penetrating the economy, but the corporate education system as well. There was hullabaloo regarding the medium of education in the 1990s, which led to hardly any government action. English-medium schools mushroomed in Dhaka. Many members of the aspiring cosmopolitan middle class thought these schools would be the playground for global citizens, and a gate pass for achieving a higher status. Surely this served as entry to a lifestyle which was alien to these parents. These were the generations of children who were literally ‘looking London, talking Tokyo’ in their dreams; a world which was inaccessible for most of their parents. Many of these children never managed to get out of the country; they were the ones who were left behind, stuck in the private universities as our students. Either their parents were trying to protect them from ‘politics’ and archaic education systems in public universities, or adulthood in a foreign land – which is perceived to be decadent. The post 9/11 world order made their departure for higher studies even more difficult.

This was no longer a generation gap; this was a tidal wave of cultural alienation which drifted children further away from their parents. Some of these gaps were mediated by love, and others by buying material comfort. With the turn of millennium, we witnessed a whole generation of consumers growing up under their parents’ protection with almost zero emotional connection. We have protected them from politics, from becoming independent adults. We have provided them the money and desire to get more, and made them ruthlessly competitive. We have given them the artificial lifestyle of a cosmopolitan, without making them a compassionate local citizen. They have seen their parents committing small crimes like asking favours for loans, driving license, processing things with speed money, beating up the house help, hating fellow citizens, making xenophobic comments about marginal groups. They have seen the slippery slopes of politics. They could hardly find any heroes among politicians, teachers, parents – all were revealed as hypocrites. Cricketers were the only safe choices as idols. Our political system never reached out to them until they were the sons or daughter of the political leaders replacing their parents.

Yet all was not lost. Some in this lost generation tried to reach out during Shahabag, the Rana Plaza collapse, the anti-VAT movement, by writing columns, by becoming mentors for the juniors. Faraz, Abinta and Arushi were the fortunate ones who found love and compassion and cause to serve the nation. Nibras, Rohan and people like them were the ‘left behinds’. They found the attention and firm ideological footing in the wrong place. Our symbolic violence became too real – we have created our own demon. “IS” or whichever shadow political player is behind this, they just found the sweet spot – our abandoned children.

Acknowledgement: Thanks to Nurul H. Huda, Imtiaz Ilahi and Shehzad M. Arifeen for their invaluable suggestions.

Seuty Sabur is Associate Professor of Anthropology at BRAC University. Her essays include, “Shahabag, Trance and the Magic of the Nation: Questions of Gender-Religion-Class- Ethnicity.”