The issue of the Dalai Lama's reincarnation is inextricably tied to the Tibetan aspiration for independence. 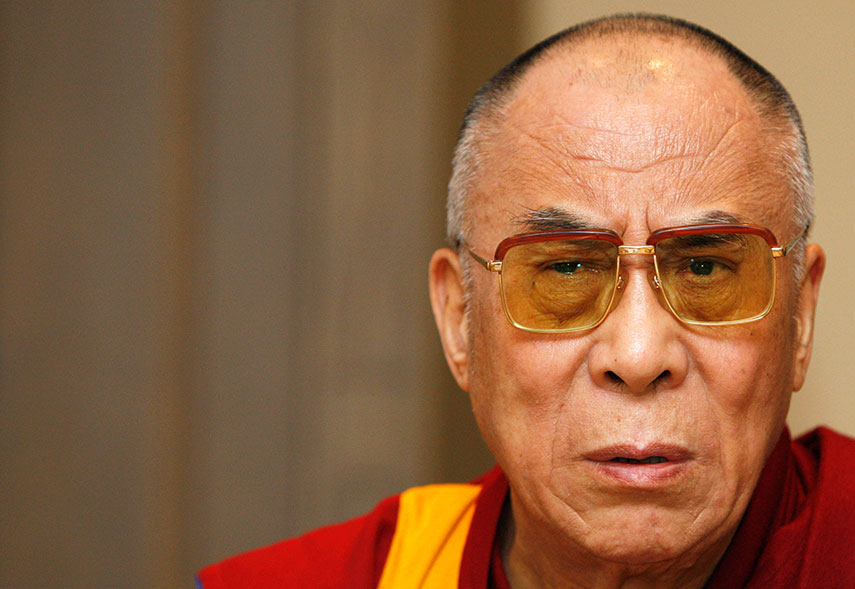 The issue of the Dalai Lama’s reincarnation is bound to affect Sino-Indian relations. Credit: Reuters/Files

The vast extent of the spiritual power of His Holiness the Dalai Lama (HHDL) was recently on display for all to see, when he visited various monasteries in Arunachal Pradesh. People came in huge numbers not only from local areas, but as far away as Bhutan and the Himalayan sub-region. No doubt that the Chinese would have taken due note, for no matter however much the Chinese authorities may have tried, the messages contained in HHDL’s sermons would have resonated with most of the Tibetan population in Tibet. And this is where the crux of the matter lies. No matter how much the Chinese authorities try political repression or economic development, they have just not been able to shake the abiding faith of the Tibetans in the persona of HHDL. The Tibetans give to him a faith, belief and trust that is unparalleled anywhere else in the world.

The Chinese authorities realise that as HHDL advances in years, it is only a matter of time before they would be faced with the awkward dilemma of his reincarnation as the 15th Dalai Lama.

The Chinese ministry of foreign affairs, in a written response just last week, said that the reincarnation of the Dalai Lama should follow religious rituals, history rules and national regulations. The reincarnation of the Dalai Lama should be conducted according to tradition of drawing of lots in front of the Golden Urn Shakyamuni in Dachau Temple, Lhasa [Jokhang Monastery]. The Chinese foreign ministry made it unmistakably clear in various forums that the next Dalai Lama can only assume his role after their approval [emphasis added]; a practice that was established in 1793.

The problem is that no one believes them – nor would the Tibetans ever accept – that the next Dalai Lama be approved by Beijing. Therefore, an awkward situation may arise, when there maybe two Dalai Lamas – with no one paying any reverence to the Beijing approved one. It would indeed be a scathing loss of face for the Chinese authorities. It would seem that they  have already identified Gyaltsen Norbu – the Chinese appointed Panchen Lama – as a key player in the pivotal role of helping the Chinese authorities to impose the next Dalai Lama on the hapless Tibetans. On June 10, 2015, the Chinese President Xi Jinping received Gyaltsen Norbu at Zhongnanhai, at which point the latter swore ‘undying loyalty’ to the Chinese Communist Party as also to Xi personally. The party also issued a White Paper on the occasion of the 50th anniversary of the establishment of the Tibetan Autonomous Region, in which it expresses its hopes of ‘identifying and appointing the 15th Dalai Lama’.

The present HHDL is very firm on the question of the next Dalai Lama. He described the Chinese view point as “quite nonsense”. In a March interview with John Oliver of HBO, HHDL said “ As far as my own birth is concerned, the final authority is my say, no one else’s”. Earlier HHDL had issued a public statement on the issue on September 24, 2011, in which he explained the issue as follows:

When I am about 90, I will consult the high Lamas of the Tibetan Buddhist traditions, the Tibetan public and other concerned people who follow Tibetan Buddhism and re-evaluate whether the institution of the Dalai Lama should continue or not. On that basis we will take a decision. If it is decided that reincarnation of the Dalai Lama should continue and there is a need for the 15th Dalai Lama to be recognised, responsibility for doing so will primarily rest on the concerned officers of the Dalai Lama’s Phodrang Trust. They should consult various heads of the Tibetan Buddhist traditions and the reliable oath bound Dharma protectors who are linked inseparably to the lineage of the Dalai Lama. They should seek advice and direction from these concerned beings and carry out the procedures of search and recognition in accordance with tradition. I shall leave clear written instructions about this. Bear in mind that, apart from the reincarnation recognised through such legitimate methods, no recognition or acceptance to a candidate chosen for political ends, including those in the PRC.

The Chinese certainly see that the issue of the next Dalai Lama will resonate in Sino-Indian relations. Although over the years, India has officially accepted that Tibet is an autonomous region of China, yet doubts about India’s intentions continue to linger in the Chinese mind. Even the Chinese military action in 1962 was attributed not to the legality or otherwise of the McMahon Line, but as Mao Zedong told a Nepalese delegation in 1964, to the fact that ‘in the opinion of the Indian government, Tibet is theirs.’ Further, China justified military action in 1962 by observing that ‘the Indian ruling circles had taken the mantle of the British imperialists’ and had begun to ‘regard China’s Tibet as an Indian sphere of influence’ [emphasis added]. This Chinese paranoia about India’s intentions towards Tibet continues till present times, for whenever a Sino-Indian joint statement is envisaged, the Chinese insist that a sentence be incorporated stating that Tibet is a part of the People’s Republic of China.

Despite enormous efforts put in over the years, China has still not been able to pacify Tibetan aspirations for complete autonomy or even independence. China has tried everything from brutal crackdowns to economic sops and yet the Tibetan yearning for independence has not died down – to China’s utter exasperation. China faces a crisis of credibility in Tibet even after a half century of so-called ‘democratic reforms.’ Sometimes even Chinese officials, in candid moments, admit that although their economic strategies have been a success, their political strategy for ensuring stability has been a dismal failure. The Chinese received a rude awakening just prior to the Beijing Olympics in 2008, when extensive disturbances erupted in Tibet. The Tibetan protests in 2008 were the largest and most widespread since the exile of the Dalai Lama in 1959. Since 2009 over 150 Tibetans have self- immolated in protest against Chinese rule. Sometimes Tibetan protests are subtle, such as displaying pictures of the Dalai Lama in prayer rooms, writing protests in poetry and music  or turning towards the south [Dharamsala where the Dalai Lama resides], in the presence of Chinese officials, and bowing their heads in silent prayer. Nothing irritates Chinese officials more.

China realises that the Sino-Indian boundary is, in actual fact, largely the Tibet-India boundary, except for a short length that abuts Xinjiang. There are no old Tibetan maps that show the southern boundary of Tibet with India. However much China may obfuscate the issue today, but for the period 1911 to 1951, China was totally absent from the scene and Tibet was independent all but in name. There was not a single Chinese soldier or administrator present in Tibet and there was no effective Chinese control anywhere near the Tibet-India boundary. China is aware that the majority of the Tibetans still yearn for such a period to return.

History shows that Inner Asia, with Tibet located at its strategic epicentre, has suffered from periodical political upheavals. In the past, Tibetan cultural and religious influence in Central Asia was significant. This was largely exercised through the persona of the Dalai Lama. The stage is thus set for a clash of wills for the selection of the next Dalai Lama. It promises to be a high stakes issue, in which India is bound to be heavily involved as an interested party. Apart from the obvious religious angle, India is bound to be as deeply involved as the Chinese, for it is quite possible that the next Dalai Lama may be reincarnated within the Tibetan community in India. After all, it was the great 5th Dalai Lama that founded an important monastery in Tawang that is connected to the famous Drepung Monastery in Lhasa.

R.S. Kalha is a former secretary in the Ministry of External Affairs, India