For the majority, everyday issues like job and food security beat concerns about war with their nuclear neighbour. The minority find solace in spiritualism. 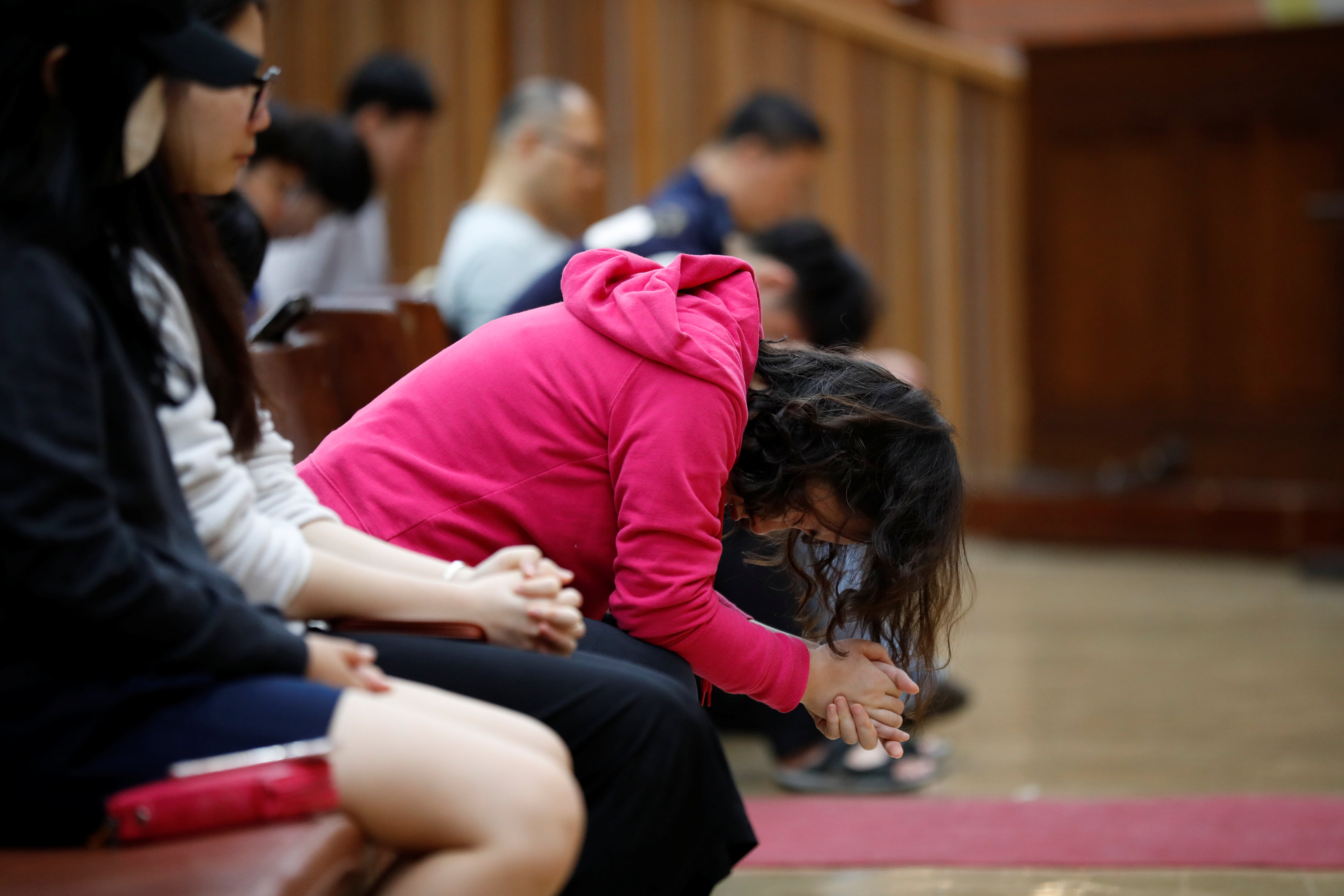 Seoul: Soon after North Korea tested its sixth and largest nuclear bomb earlier this month, You Jae-youn, a 32-year-old South Korean office worker, swiftly put the news behind her to focus on more immediate worries.

“We have more than enough to concern ourselves with in our everyday lives. Personally, I worry more about how much it’s going to cost me to put food on the table (than North Korea),” said You, from Sejong city in central South Korea. “Talk of North Korea honestly feels distant to me.”

For most ordinary South Koreans, living for decades under the threat of war with their hostile and now nuclear-armed neighbour, more mundane concerns are what keep them up at night – jobs, the economy and the pressures that have accompanied South Korea‘s rapid development since the end of fighting with the North in 1953.

Indeed, evidence suggests South Koreans have become increasingly indifferent to the threat of war, with civil defence drills largely ignored and surveys showing fewer people expect a conflict now than a quarter of a century ago.

According to a Gallup Korea poll earlier this month, 58% of South Koreans said they don’t think another war will break out on the Korean peninsula, the second-highest percentage since the survey first began in 1992.

Since then, the percentage of South Korean who expect another war has been gradually decreasing, down to 37% in the latest survey, despite a surge in missile tests under third generation leader Kim Jong Un.

The two Koreas are still technically still at war because their 1950-53 conflict ended with a truce and not a peace treaty.

“People say the war hasn’t technically ended but those in my generation have never seen war. It seems like a vague reality to me,” said Kim Hye-ji, a 27-year-old graphic designer. “That’s why even when people say it’s dangerous, I can’t really feel it. All my friends are more worried about their jobs.”

South Korea‘s high-tech, export-driven economy is currently struggling to shake off slow growth that threatens to become a long-term trend.

Job security is another concern, with twice the number of workers temporarily employed in SouthKorean than the Organisation for Economic Cooperation and Development (OECD) average, while youth unemployment grew for four straight years through 2013 – 2016.

The downturn has only intensified South Korea‘s hyper-competitive school and work environment which has been blamed for contributing to the country’s high incidence of stress and suicide.

South Korea‘s suicide rate was the highest in the OECD in 2015 – more than double the rate of the UK and almost four times that of Britain.

Financial problems, illnesses, loneliness and relationship issues are leading causes for depression that later lead to suicide in South Korea, according to a recent presentation at the Korea Association for Suicide Prevention. North Korea didn’t rate a mention.

“The majority of those who come to us for stress management do so for real things in their lives, like job hunting. Even those employed come to us because of trouble they have adjusting to the workplace,” Sim Min-young, a psychiatrist specialising in anxiety and stress disorders at South Korea‘s National Centre for Mental Health.

“They don’t come to talk about North Korea.”

Sim says if South Koreans were faced with a threat such as Hurricane Irma in the US, they would be proactively doing something – creating evacuation plans, looking into shelters. But nuclear attacks render people helpless and they stop thinking about what they can actually do.

“But when we think of a nuclear bomb detonating just a few kilometres away from us, we don’t know what we can realistically do to protect ourselves,” Sim said.

For the minority worried about war, options are limited.

Some have made contingency plans to evacuate beyond the reach of North Korea‘s artillery. Sales have ticked up of emergency supplies including “war bags”, containing items such as fire starters, whistles and food packages.

Others have sought spiritual solace.

“I don’t think there will be a war, but there could be unexpected actions that could lead to one. I am praying for God to lead us through this time,” said Choi.

Lee Chul-hyee, 63, has been praying more since he retired from the South Korean army six years ago and has also been giving lectures at town halls and churches to share his knowledge based on his military background.

At a Buddhist temple in central Seoul, 59-year-old Mun Myung-ha said she too has been coming to pray more in hopes that a war will not break out.

“North Korea is conducting more nuclear tests and every time I turn on the news my heart starts beating like crazy,” said Mun.

Some itching for a peek into the future have been visiting fortune-tellers. Six out of ten customers are now including a question about whether there will be a war, in addition to their usual queries on love and marriage, a traditional shaman using the name Byeorakdaegam told Reuters.

“Back in January or February no one asked me about war but now that’s changed,” said Byeorakdaegam, whose real name is Jang Yong-jun.

“I ask them back whether they’ve been hoarding food or water and all of them say no. Then I assure them my gods tell me there will be no war,” he said, passing a string of large wooden beads through one hand.